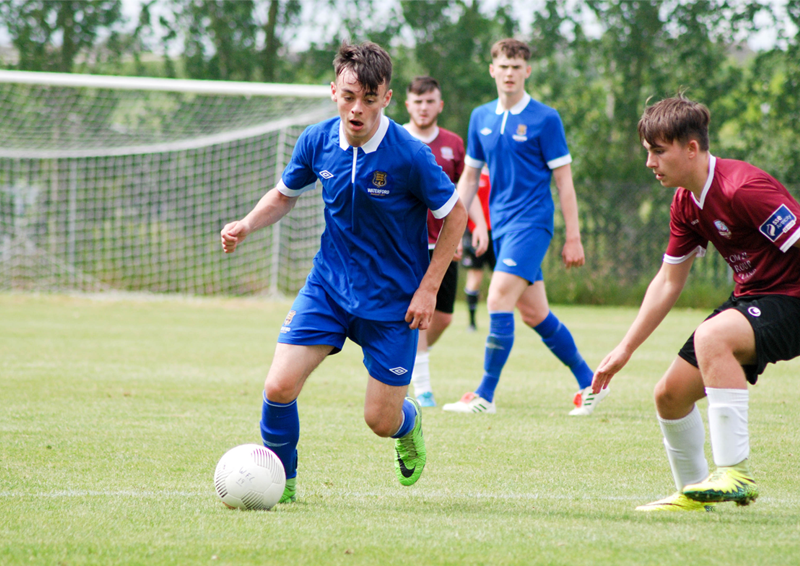 A stunning stoppage-time strike from Blues midfielder Darragh Power secured all three points for Waterford FC’s Under-19s as they got the better of Galway United 2-1 at the RSC on Sunday.

Power, who played in the Under-17 success in Wexford the day previous, came on with seven minutes remaining in the tie before striking a stunning late winner. 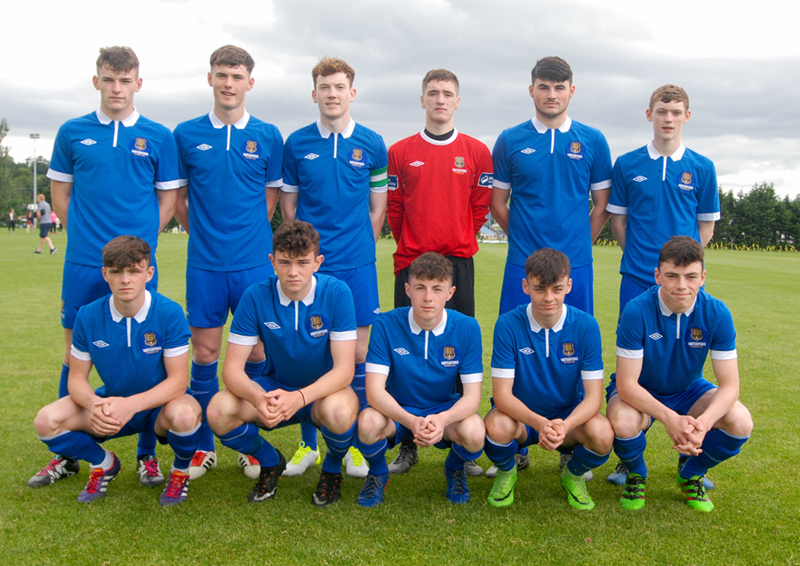 It was the visitors that could have gone in front on 12 minutes when Declan Sharkey fired in a low right-footed shot from the right missed the far corner of the net by inches before the Blues had their first chance seven minutes later but Lynch headed just wide after he got on the end of a Justin Croke left-wing corner kick.

With Galway holding the upper hand at this stage of the game, they struck the front on 26 minutes when Mikey Whelan got free down the left channel before cutting the ball back to Graham Carney who set up Sharkey and he beat Paul Martin with an effort from the edge of the penalty area.

The woodwork denied Galway their second goal of the game on 38 minutes when goalscorer Declan Sharkey played the ball into the path of Kevin Daly out on the left but his first time strike struck the outside of Martin’s near upright.

The Blues started the second half on the front foot and Sean Roche created  a god chance 20 minutes in as he cracked in a volley but he couldn’t to hit the target before the equalising goal for the Blues arrived on the hour mark.

Michael Carroll sent over a brilliant corner kick from the left that found the head of central defender Eoghan Rea and he rose highest inside the penalty area to head powerfully past Galway goalkeeper James Tiernan.

Cian Flanagan set up Owen Wall on 71 minutes with a fine pass to find Owen Wall but his powerful strike was just off target before Blues netminder Paul Martin produced a fantastic double save soon afterwards when he kept out a cracking free kick from Kevin Daly before saving the Graham Carney rebound.

Darragh Power had a great chance to score when he was picked out by Regix Madika from the left of the box but he shot wide from a great position. But with the last action of the contest, Power scored the winning goal with a stunning effort from 25-yards after Michael Carroll’s corner kick was cleared into the path of former Dungarvan player.