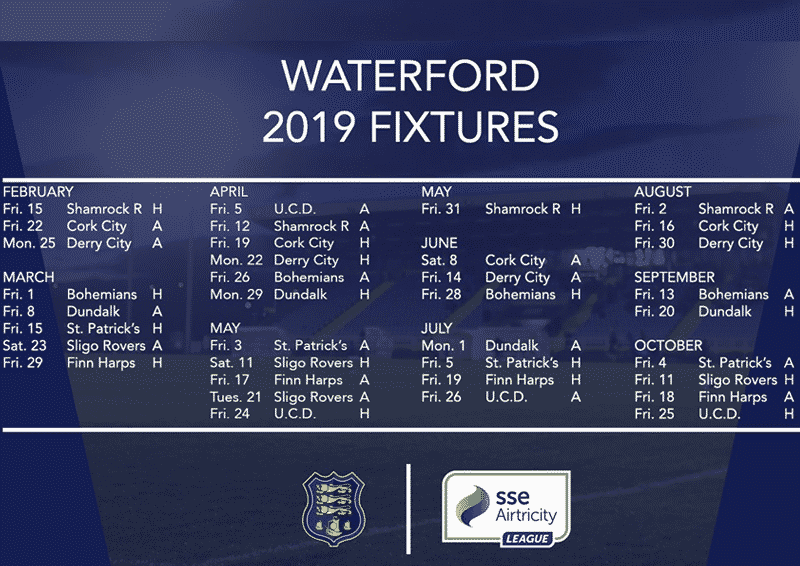 Waterford FC welcome Shamrock Rovers to the RSC on the opening night of the season after the SSE Airtricity League 2019 Premier Division fixtures were released.

Following the first home match, the Blues are away to Cork City, away to Derry City, home to Bohs, away to Dundalk, home to St Pats, away to Sligo Rovers, home to Finn Harps and away to UCD.

After winning the 2018 SSE Airtricity League play-off final, Finn Harps travel to Dalymount Park to face Bohemians on the opening day with all games set to kick-off at 7.45pm.