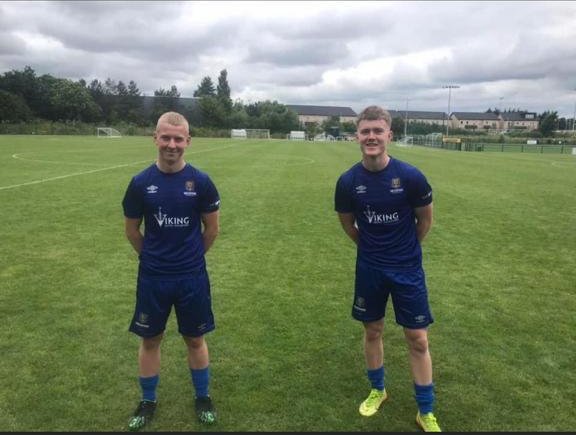 The 2021 EA sports national league season kicked off this Saturday afternoon and the Waterford FC academy had 3 teams in action.

In our feature game, we had our Under 17’s away to Shamrock Rovers in Roadstone. Rovers started the game on the front foot and forced our Goalkeeper Dara Kavanagh into 2 good saves early on. The blues then started to get a foothold in the game and create several very good chances before Calum Flynn scored on the half-hour mark. Waterford were on course to be heading into the half-time ahead before conceding a soft equaliser in the 40th minute. John MacLean’s men came out in the second half and really pressed Rovers high and this paid dividends when Calum Flynn scored his second of the afternoon. The visitors made it 3 when Sean Fitzpatrick found the net soon after. Waterford saw out the game relatively comfortably and even managed to hit Rovers on the counter on the odd occasion late on. This was a really encouraging win for this 17’s team and they will look to build on this great start when they welcome Galway United to the WIT Arena next weekend.

Waterford FC’s U17 Women’s National League side played their first-ever competitive match this afternoon, falling to a 3-0 defeat against Carlow Kilkenny. Despite playing some good football, the Blues fell behind midway through the first half, after a loose ball in the Blues 6 yard box was poked home from close range. The Blues started the second half well but despite creating some chances, couldn’t find a way through to goal. The away side doubled their lead after 60 minutes before adding a third in the final minute. Brendan White’s team will head to Limerick next weekend to play Treaty United.

Cobh run out 5-1 winners, but plenty of positives to take for the 14’s

A harsh scoreline in the end but a deserved win for the Ramblers in Mayfield. After an even first half, Cobh started to up their game and on the 50th-minute mark and made it 2-1. The hosts pulled away as the half wore on and made it a handsome victory in the end but there was plenty of positives to take from the performance. The under 14’s will look to build on these positives when they host Kerry FC next weekend.