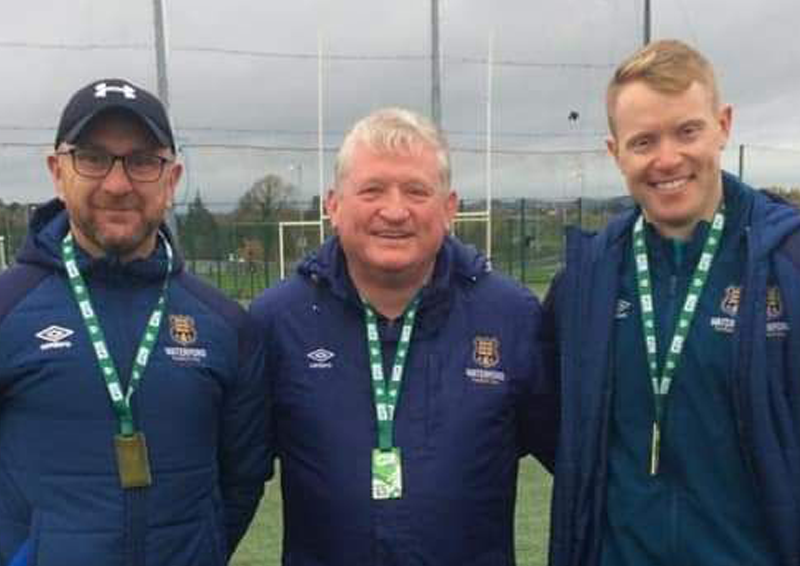 Waterford FC is delighted to announce the appointment of Mike Geoghegan as head of the academy for 2021.

Mike joined Waterford FC in 2018 and has since managed the Under 13’s and Under 15’s, bringing about his own developmental strategies and tactics that has seen huge dividends throughout the academy.

Before joining the Blues, Mike had previously managed Naas AFC, winning the Leinster Senior League title and the LSL Manager of the Year award. Mike also served as the Kildare Underage League Director of coaching.

“I’ve been incredibly fortunate to have worked with the lads on the field and off the field for the last few years. The setup and structure here is world-class. Both the Waterford FC fans and the Blues Supporters Club deserve a special mention. They’ve been instrumental in providing funding and support and we can’t thank them enough for their tireless work. I’ve got an incredible team around me and the support I need so everything is in place now so preparations are well underway as you can imagine. We hope to bring more good news as the month progresses.

“Mike has been pivotal for the last two years with the academy, he has an incredible passion for the development of our underage lads and that’s something we need to see more of. I would love to see everyone rally behind Mike now as they have done already. We hope to be making some signings and re-signings over the next few weeks for the seniors as we prepare for next season.”