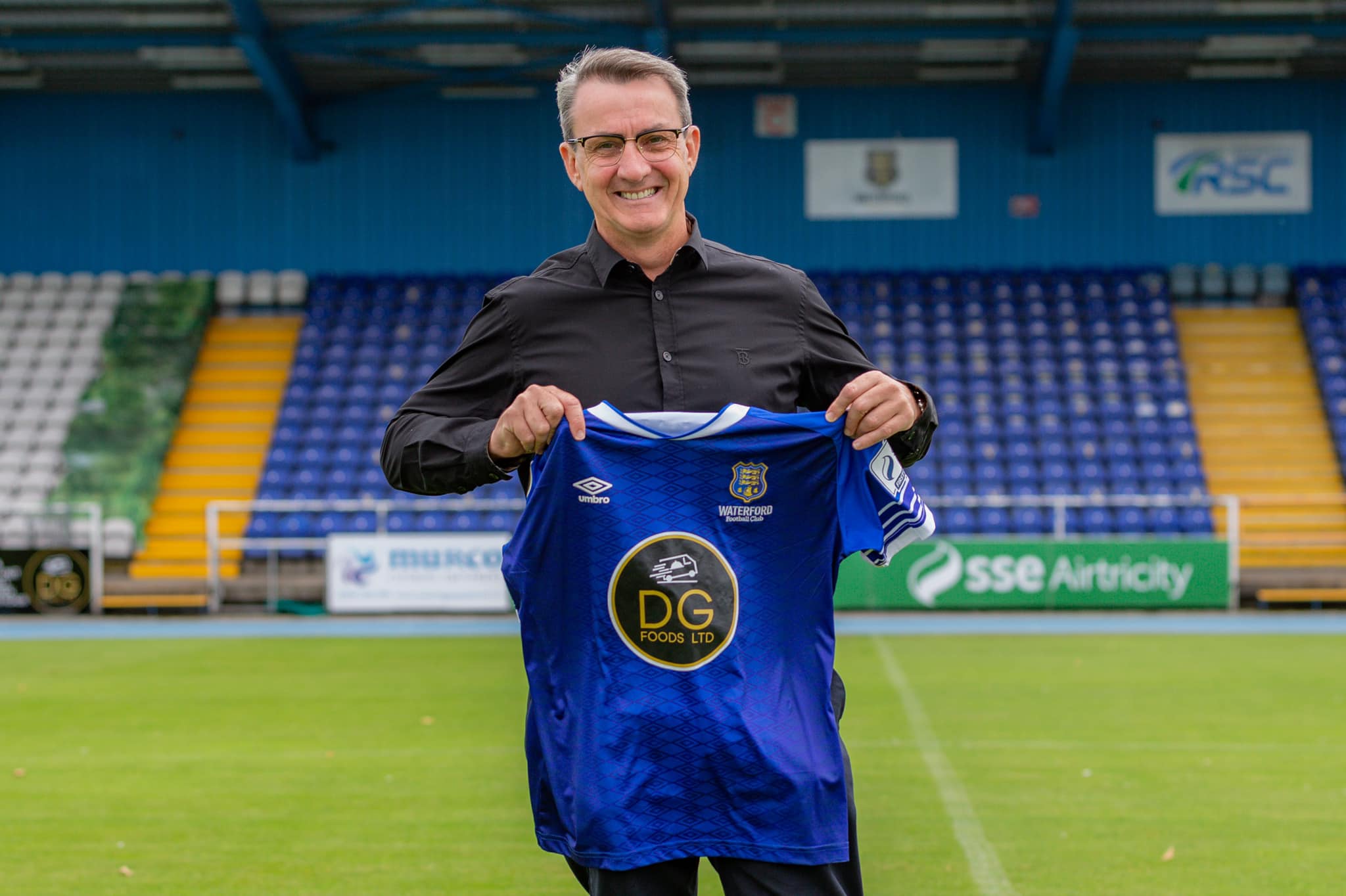 Waterford Football Club are delighted to confirm Andy Pilley has completed a full takeover of the club.

The entrepreneur and vastly experienced football club owner now holds a 100% stake in the business, with the investment signalling a new era for The Blues, building on the club’s history and successes.

Pilley, 52, brings more than 18 years of club ownership experience with him, having led English club Fleetwood Town to six promotions from the North West Counties Premier League to EFL League One during his time in charge. Investing heavily into the club, he has overseen a £12m into the club’s training ground, built a thriving academy which makes up a large percentage of the Cod Army’s professional players, and rebuilt their Highbury Stadium to what it is today.

The deal will see Pilley also become the club’s Chairman, with Steve Curwood (Fleetwood Town FC, CEO) and Jamie Pilley joining the board of Directors.

On the deal, Pilley said: “This is a real honour to have acquired Waterford FC, who I believe remain one of the biggest in Irish Football. The opportunity was presented to me last week, and having attended the games against Galway and Cork I was blown away by the level of support from the fans, the passion of the local people and the potential there is here at the club.

“Having spent time around the City, the word stability is something which consistently figured high on supporters wish-lists, so that’s something which I feel is going to be hugely important going forward. We want to put a professional infrastructure into Waterford FC similar to the one we have over in the UK where we’ve had enormous success.

“The secret of success here will be the whole city coming together. The football club needs to become aligned with the community, the supporters, the business community and the Council. For me this is a long-term investment into a club and the city.

“In 18 years as a club owner I feel I’ve learned a lot about what is required to make a football club successful, and feel myself and my senior staff can make a big impact at Waterford.

“We can’t wait to get started!”