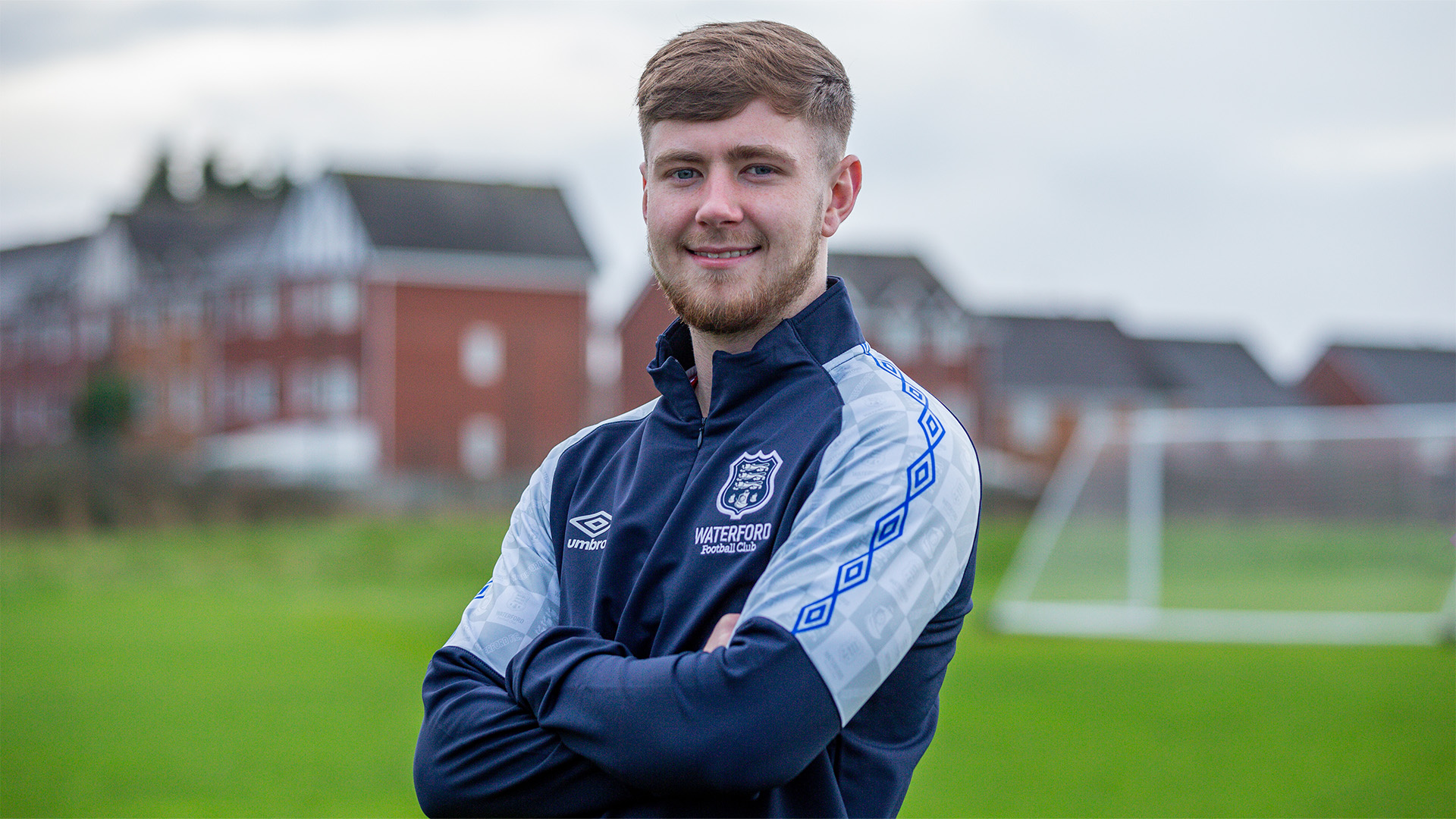 Waterford FC is delighted to announce the signing of Barry Baggley on a season-long loan from sister club, Fleetwood Town.

The 21-year-old midfielder, who has featured 15 times in all competitions for the Cods, joins the Blues in search of first-team football in the club’s promotion push.

The youngster has risen through the ranks in the Northern Ireland setup, making 18 appearances for the Under-17s, Under-19s, and Under-21s respectively. He has since been called up for his first senior training camp, which took place in the summer.

Baggley joins up with Danny Searle’s team this week ahead of the squad’s training camp in Dubai next week.

“I’m really looking forward to it and getting started. I know the club has got high expectations pushing for promotion and hopefully another cup run.

“From my point of view, I want to help the club and get as many minutes on the pitch as I can. I love to get on the ball and play forward and create, get into the box and score goals when I can. I’ll work hard for the team in my defensive duties too when I need to.

“I spoke to Phoenix [Patterson] and he told me about how good the group was, about the top-class facilities and stadium, and how great the fans at the club are so I can’t wait to get started.”