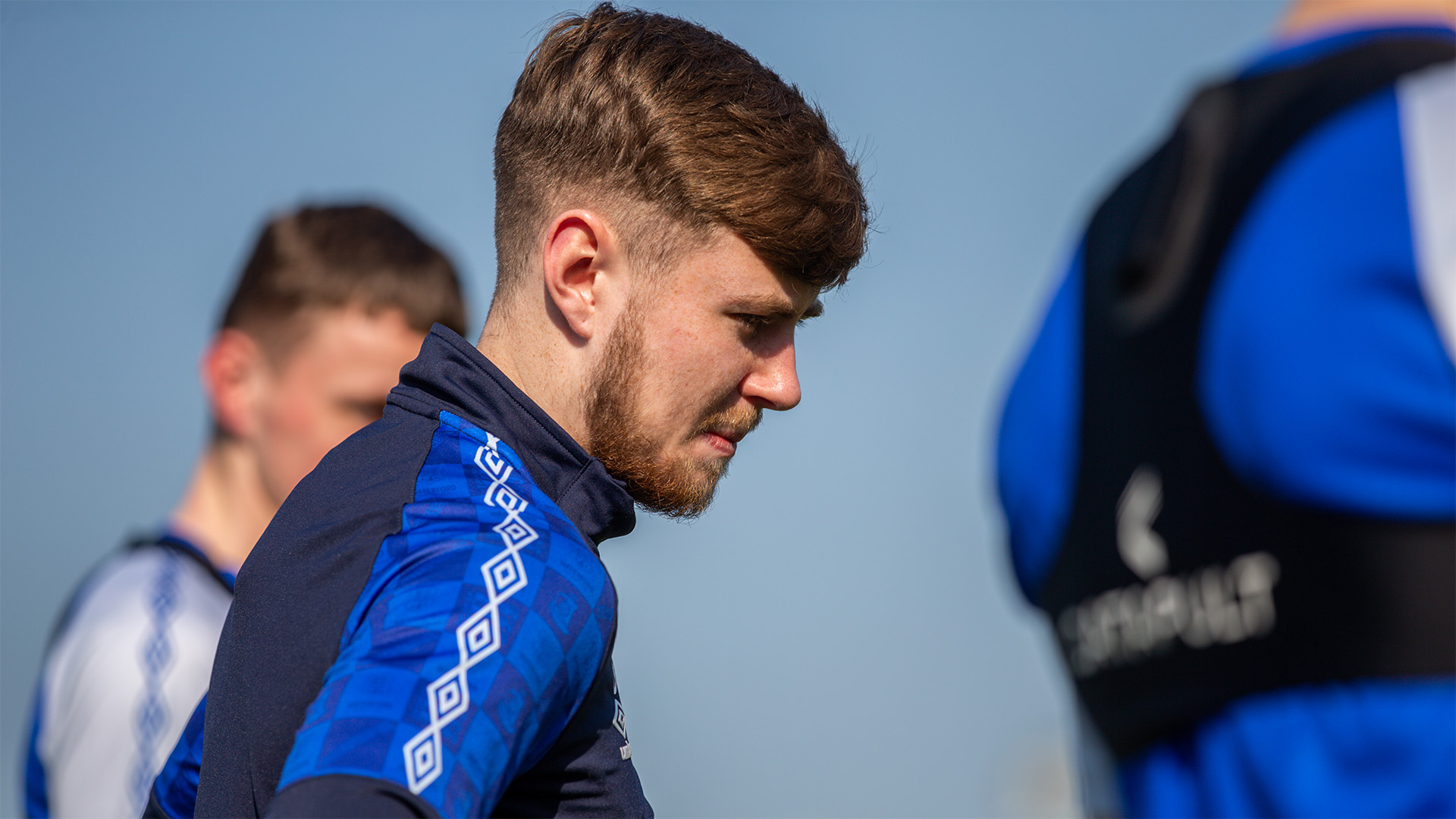 Barry Baggley on his move & the trip to Dubai

Waterford FC midfielder Barry Baggley sat down with the club to discuss his move to the Blues and the first two days in Dubai.

Baggley – who signed on a season-long loan from sister club, Fleetwood Town – made his first appearance for the Blues in their Munster Senior Cup match against Midleton at the RSC.

After a tough two days in the United Arab Emirates, here’s what the Northern Ireland man had to say:

On the tour to Dubai…

“So far the pre-season tour has gone well. The facilities we are using are excellent and the training has been intense. I am really looking forward to the rest of the week.

“It was tough the first day we I didn’t get much sleep on the plane. It was a long journey, but we got through thetough session and its minutes into the legs.

“The session today was tough as well. It was 24-25 degrees and that killed us but from the facilities that people have seen are amazing and we are right outside the city of Dubai.

“There’s no better place to train really is there?”

On Danny Searle & settling into the new group…

“I have spoken to the gaffer [Danny Searle] several times and from our conversations, he has a plan and a way of playing and how he wants to set us up. From my time with him, he’s the right fit for this team.

“All the lads have been great and have welcomed me into the squad. They are a great group and they’ve made it feel like home since day one.”

“There is a real sense of drive and determination to put things right this season after just missing it last year. Everybody is pulling in the same direction to make sure this club gets back to where it should be, in the Premier Division.”