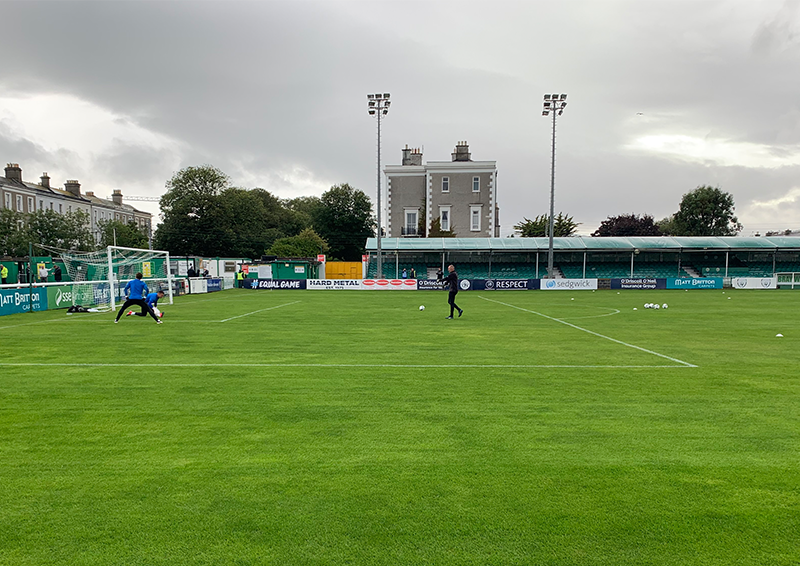 Waterford FC suffered their first defeat under John Sheridan on Friday night as the Blues slipped to a 1-0 defeat against Bray Wanderers.

The home side took the lead after 60 minutes when Joe Doyle poked home from close range after Blues skipper Brian Murphy fumbled the ball in the six-yard box.

The home side started the game the brighter of the two when former Blues skipper Paul Keegan sent over a left-wing corner kick on 13 minutes that picked out the run of Killian Cantwell, but his header was kept out by Murphy in the Waterford goal.

The Blues first real chance of the game came from Shane Griffin, who linked well with Wilson from a freekick after Will Longbottom was fouled outside the Bray box.

The home side could have opened up the scoring on 52 minutes when Brian Murphy was forced to palm a Dylan Barnet over his crossbar – before the Seagulls finally found a way past Murphy on 60 minutes.

Barnet again causing trouble for Murphy. The former Waterford player’s shot was fumbled by the Blues keeper, with the resulting ball falling to Joe Doyle who calmly poked the ball into the back of the visitors net from close range.

The Blues return to action this weekend, when the SSE Airtricity League Premier Divison returns to action, as John Sheridan brings his team to Tolka Park to face off against Shelbourne FC.