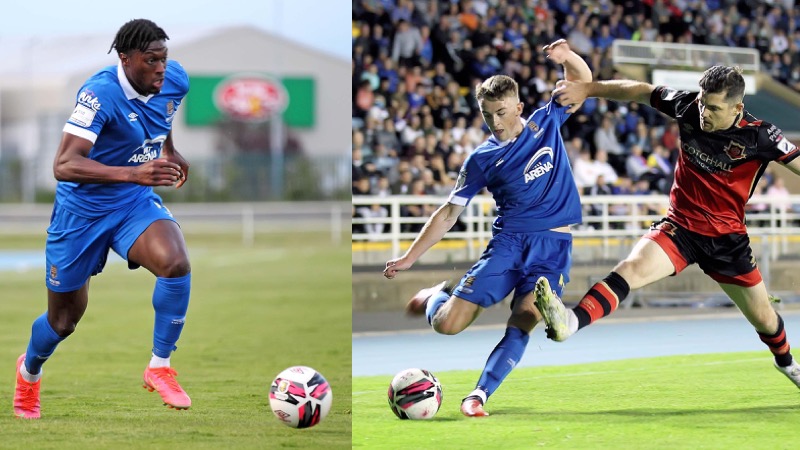 Waterford FC is delighted to announce that Darragh Power and Tunmise Sobowale have re-signed ahead of the 2022 season.

Both players have come through the club’s academy structure before graduating into first team football.

Power signs up for his third season with the first team having won the U19 league with the club in 2019.

Sobowale spent the second half of last season on loan at Athlone Town, playing 10 times, where he played alongside new Blues signing Kilian Cantwell.

Speaking to WaterfordFC.ie, Power said: “First of all, I’m delighted to be back. I had a few chats with Ian and I really believe in what he’s trying to achieve this year.

“Obviously last year was a hard year for everyone but I felt I’ve gained a lot of experience from it. I can’t wait for the season to start and I’m fully focused on getting Waterford back to the Premier Division.

Speaking to WaterfordFC.ie, Sobowale said: “I have unfinished business with Waterford so I’m happy to be back. Last year didn’t go the way I expected it to personally and when Ian called and told me his plans for me and the club, it was a no brainer.

“I’m here on a mission to get Waterford back into the Premier Division. It’s a shame how everything played out last season especially the second half. I felt with the way the boys performed that relegation was tough but we have a chance to make it right now.”

Speaking to WaterfordFC.ie, manager Ian Morris said: “Darragh will gives us loads of energy and pace this year. He is improving all the time. Hopefully it’s a big season ahead for him.

“Tunmise has come back in fantastic condition. He’s athletic with power and pace and he can play in a couple of positions.”