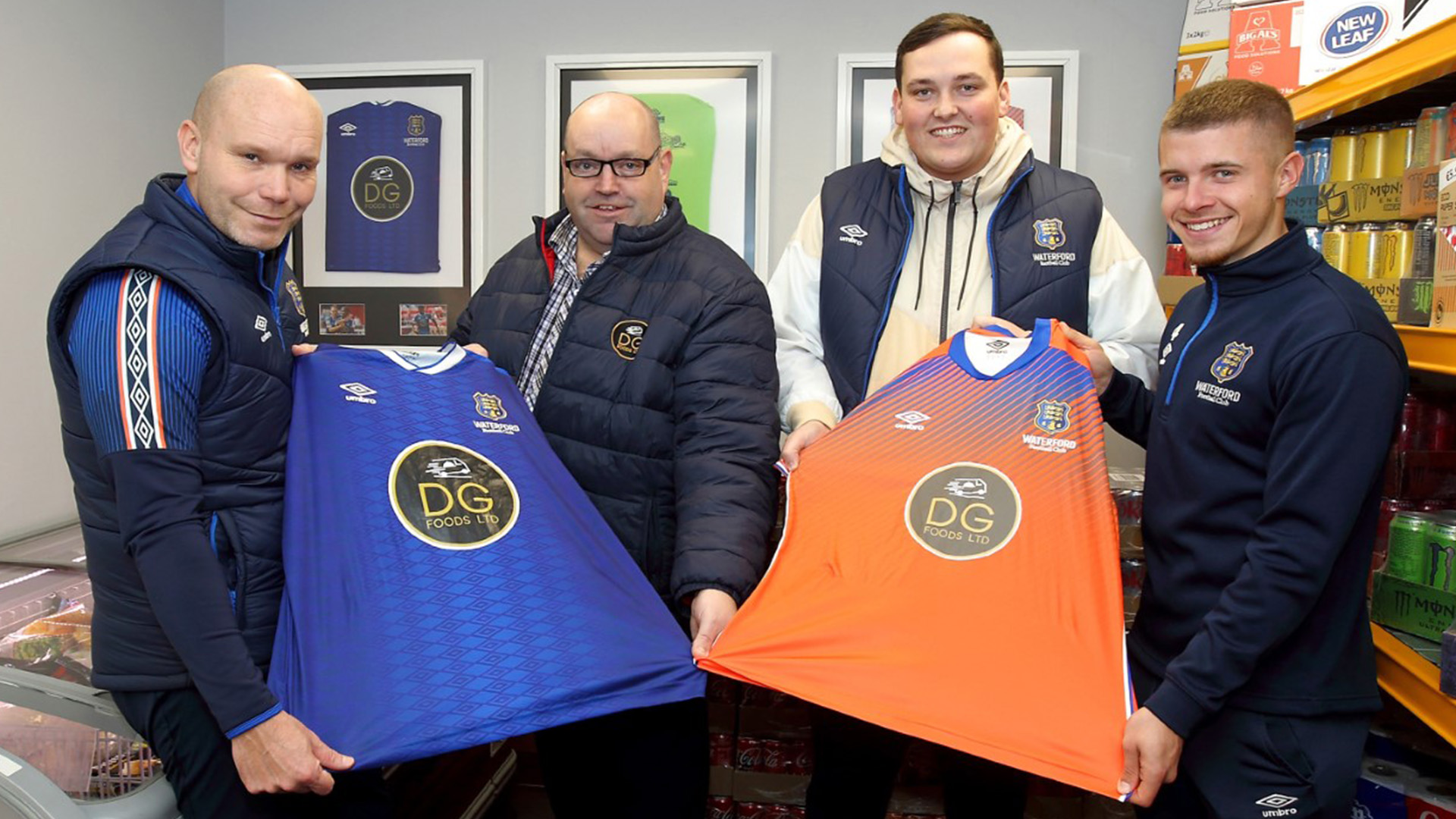 Waterford Football Club are delighted to announce DG Foods have reached an agreement to remain the club’s Main Sponsor for the 2023 season.

DG Foods – which is situated in the Six Cross Roads Business Park in Waterford – will once again have their logo on the front of The Blues’ home and away shirts next season.

The company opened its doors back in 2020 and provides the community with some of the most recognisable names in the industry. They also stock many local Waterford brands, keeping that community feel to their business as well as keeping stock levels high and prices low, whilst also offering a first-class customer experience of a traditional cash-and-carry.

Waterford’s Chairman, Andy Pilley said: “We are absolutely delighted to have Andrew and his DG Foods brand committing to the club for another season.

“The support we’ve received from them since taking over the club has been incredible. DG Foods are a Waterford based company who are genuine fans of the club, something which is hugely important to me going forward.

“We want to encourage local people to get behind their local football club.

“I’d like to thank DG Foods for their support – hopefully we can have a memorable season with their logo on the front of our shirts next season.”

“We are looking forward to the opportunity to continue the alignment of DG Foods with Waterford Football Club for the forthcoming season.

“Waterford is a club deeply intertwined within the city and the team at DG Foods are thrilled to continue working together with the club on a number of initiatives that will enhance the visibility of both of our brands.

“We are extremely proud to be the principal partner of the Blues and to be a part of the club’s progress into 2023 and beyond!”

DG Foods branding will be on the club’s brand new home and away shirt – which will be available for the public to purchase in the coming weeks.