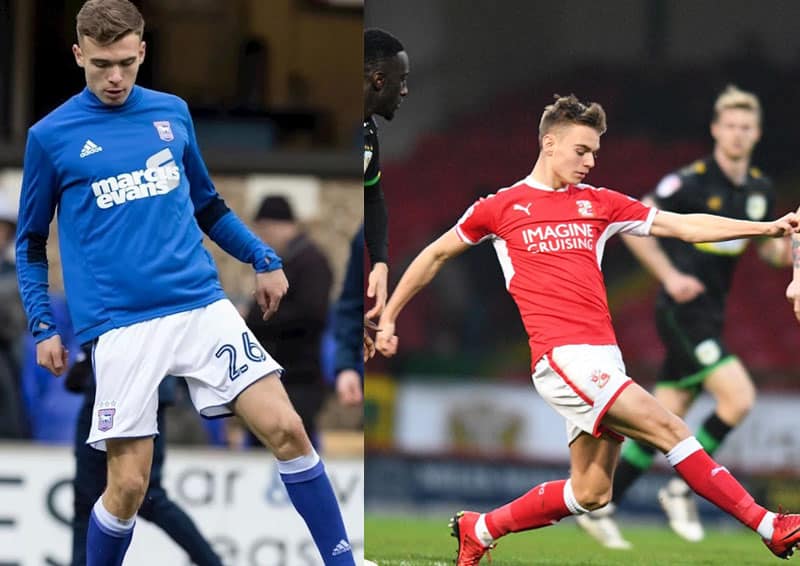 Striker Twine,19, signed his first professional contract with Swindon Town in 2017 before a loan spell at Chippenham Town. He made his first team debut at the end of the 2016/17 season before scoring his first goal for the club in the FA Cup First Round against York City earlier this season; scoring in the league two weeks later against Stevenage.

Speaking to WaterfordFC.ie after signings on loan until the summer, Twine said: “I signed a new contract with Swindon yesterday and spoke to the manager and we thought it would be a great experience for me to come to Waterford FC and I can’t wait to get going.

“I spoke to Vigs [Lawrence Vigouroux] and Noel [Hunt] too and they said how much they enjoyed it last season, they couldn’t speak more highly of it and I really wanted to come. They said the standard was really good and the team played great football, the facilities and pitch is great and the people were really friendly.

“I can’t wait to just meet the lads and the rest of the management now and get to know everybody.”

Striker Aaron Drinan, 20, will be no stranger to Waterford FC after signing at the RSC in July 2018 – helping the club win the 2017 First Division and promotion to the Premier Division.

Drinan joined Ipswich Town in January 2018 and after a loan spell at Sutton United, joins Alan Reynolds’ squad on loan until the summer.

Speaking to WaterfordFC.ie after signing, Drinan said: “I’m delighted to be back at the club. I really enjoyed my time here before, I scored six or seven goals last time I think and I can’t wait to get started again.

“As soon as I heard Alan [Reynolds] and the club were interested, I wanted to come back straight away; I jumped at the chance.

Speaking to WaterfordFC.ie after confirming the signings, manager Alan Reynolds said: “We’re delighted to bring Scott to the club and bring Aaron back. We’ve had to bide our time to get players in but these are two very good young, athletic strikers that we were looking to bring in.

“People will know Aaron from being here before and I think the addition of Scott is big too. Both come with no fear and I think they’ll really excite the fans when they see them on the pitch.”

Both players are awaiting international clearance.