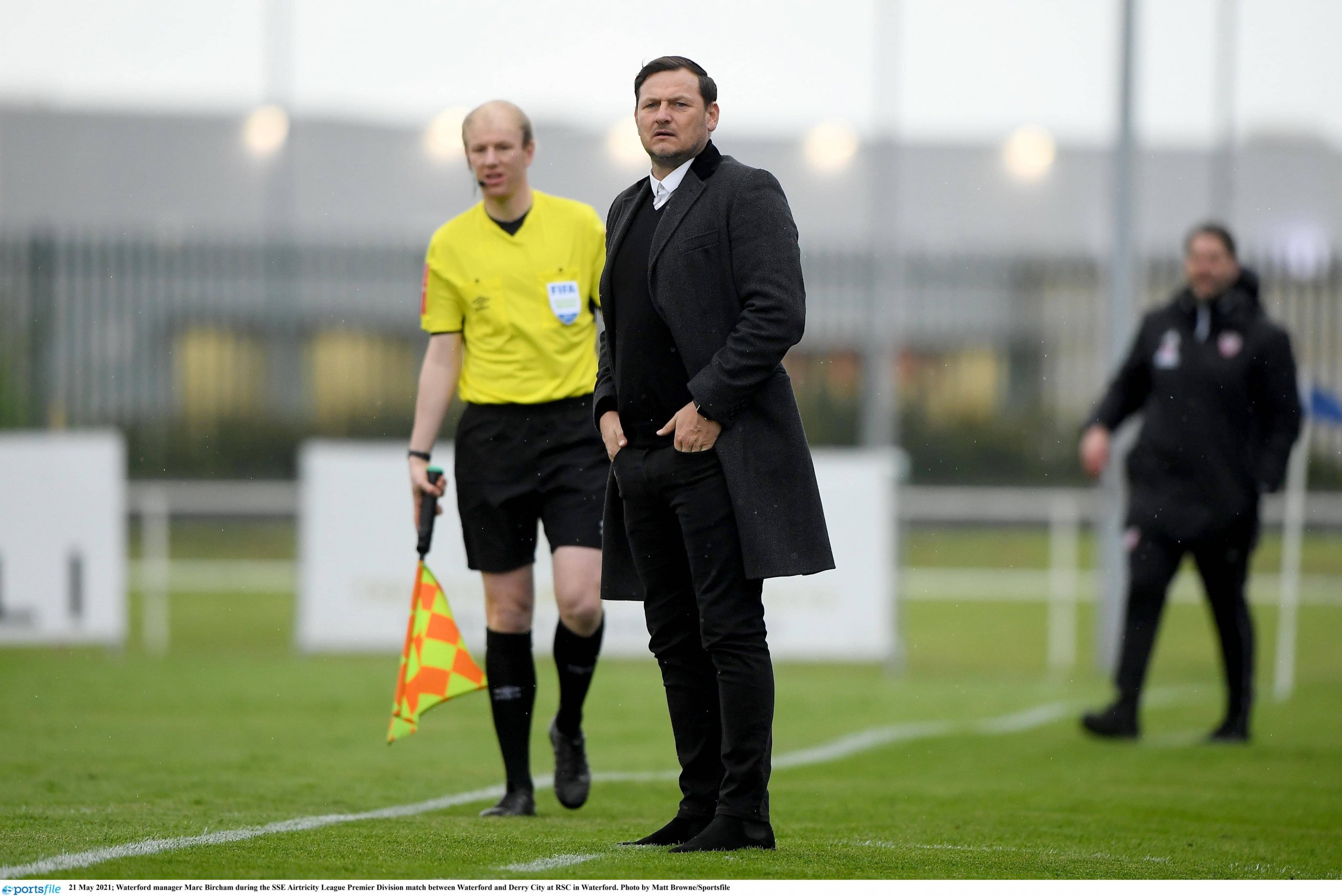 Waterford FC is delighted to announce that manager Marc Bircham has signed a new contract with the club.

The 43-year-old took over at the RSC in May and has signed a new two-year contract until the end of the 2023 season.

Bircham has instigated a change in form for the Blues in a short space of time and four wins in a row, three in the league, has seen the Blues move out of the relegation zone after a poor start to the season before the Englishman’s arrival.

Speaking to WaterfordFC.ie, Marc said “I’m delighted to get this sorted. It’s been a really enjoyable few months since I’ve arrived here and we’re building momentum around the club.

“The owner Richard, chairman Mitch and everyone around the club are trying to build something great here and I want to be a part of that.

“Since I’ve come in I’ve really enjoyed the challenge, working with the staff and players every day has been great and we’ve really started to make progress so I’m thrilled to be able to put that stability in place and concentrate on our on-field work.”

Waterford FC Owner Richard Forrest said: “We’re delighted that Marc wants to be a part of what we’re trying to build here at Waterford FC. Marc has been a breath of fresh air around the club and you can really see the progress we’re making. On and off the pitch we’re looking to build the club and get us moving in the right direction.

“We’ve backed Marc, and he’s worked with myself and Mitch to bring is some quality players that will excite the fans in the RSC and around the country.

“Securing Marc is important for the club and ensures stability so we can focus on bringing the club forward. We hope to see as many fans as possible in the RSC this weekend and going forward to cheer on Marc and the team.”