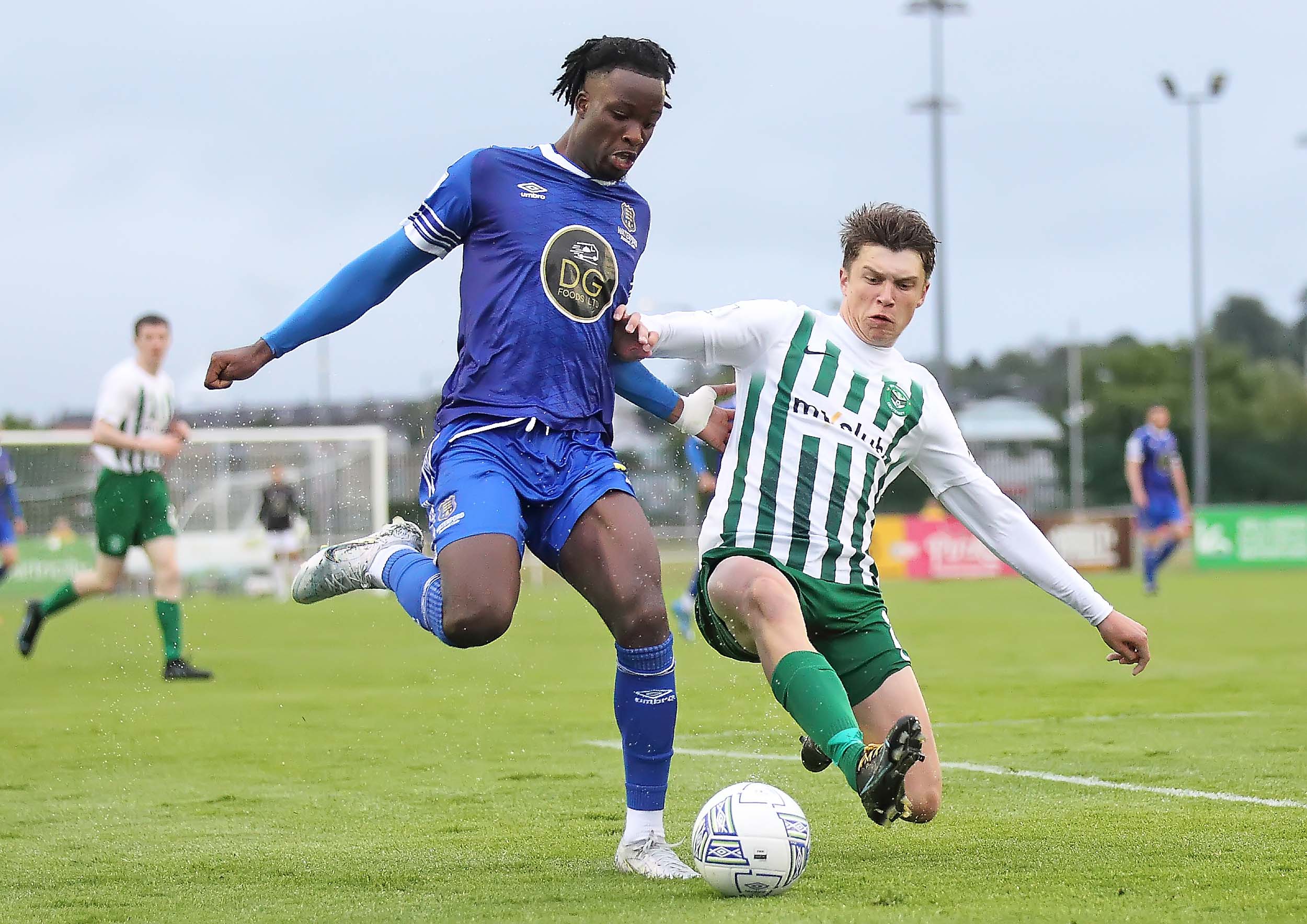 Waterford FC look to make it eight wins on the bounce with a trip to face Athlone Town on Monday evening.

After an extended mid-season break and four weeks without a match, the Blues returned to action on Friday with a 1-0 win over Bray Wanderers at the RSC.

Despite lots of chances, it was Louis Britton’s second half strike, following good build-up involving Yassine En-Neyah and Tunmise Sobowale before a superb Roland Idowu cross, that proved the winner.

The win means the Blues remain third, behind Cork City and Galway United, eight points off top spot with a game in hand.

A quick turnaround sees the Blues make their second trip to the Athlone Town Stadium this season as the second half of the season continues with three games in eight days.

The opening match of the season saw a 5-2 win in Athlone and got the season off to the perfect start with Cian Kavanagh, Junior Quitirna, Phoenix Patterson and Louis Britton on the scoresheet.

Monday’s opponents were not in action on Friday as the odd team of the nine – but currently sit bottom of the league table.

From The Dugout: Speaking ahead of Monday’s trip to Athlone, Head Coach Danny Searle said:

“My two favourite things in football are three points and clean sheets and the squad did exactly that [v Bray] and we got over the line. Credit in the second half, we get at the byline, got a great ball in from Roland [Idowu] and a clinical finish from Louis [Britton].

“We play again Monday and that’s a great thing for the lads. We got great minutes into their legs on Friday and have had a great recovery weekend too, so it’s all systems go to try to make it eight wins from our last eight.

“With two games this week, we’ve got to manage players but we’re not thinking about Galway at all because we have to get the job done in Athlone and that’s our full focus. We’ve recovered and trained well and are raring to go.