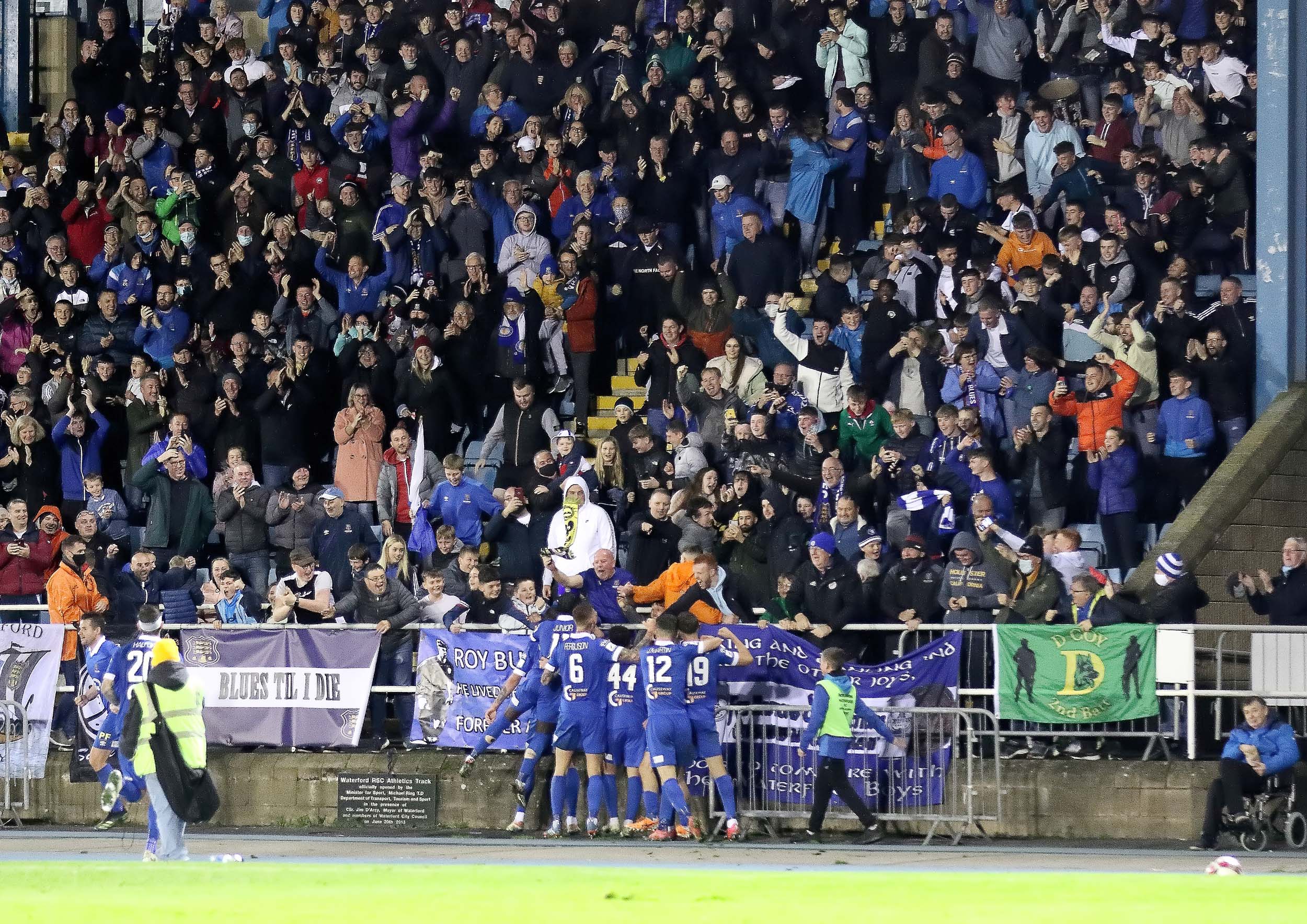 It’s Extra.ie FAI Cup Semi Final weekend as Waterford FC travel to Dalymount Park to take on Bohemians as Marc Bircham looks to guide the Blues to the FAI Cup Final next month.

The Blues come into the game after a terrific 4-1 win over Finn Harps last Friday night in the RSC. Phoenix Patterson and Junior Quitirna had the Blues two goals in front before the visitors halved the scoreline. But two late goals from John Martin and Quitirna secured the points and reduced the gap between the sides in the Premier Division table.

Marc Bircham’s side have had three outings in this year’s FAI Cup so far, scoring 11 goals in the competition. The campaign started with a thrilling game against Athlone Town when Paul Martin’s heroics in the penalty shootout saw the Blues in the hat for the next round.

The Blues saw off Kilnamanagh in the next round, before another exciting game against high-flying First Division UCD in Belfield to book a place in this year’s semi-final.

Bohemians made their way to the semi-finals seeing off Shamrock Rovers, Maynooth University Town and Derry City.

The sides last met in August when a Phoenix Patterson goal late in the first half was enough for the Blues to take the three points. Since the Blues’ return to the Premier Division, the sides have met 13 times – the Blues winning six of the encounters, four of those coming in Dalymount Park.

“We’ve had a good week training and everyone is really looking forward to Friday. Yes, it’s a Cup semi final but we’ve treated it like any other game in how we’ve prepared this week and the squad are excited for the game. We know Bohemians will be a very tough opposition but we’re in really good form and confidence is high with the lads.

“Last week [v Finn Harps] was really good, we played some good football, didn’t allow them to use their physicality and played to our advantage to got the win that we deserved.

“We had a massive crowd last week and they really pushed the lads on and we know we’ll have a noisy crowd again on Friday and it’ll be so important.”

“I’m excited for the Cup semi final on Friday and it would be brilliant to get the club into the final. We’ve beat Bohemians once and we’re in great form so we go there with nothing to fear really. It’s one I’m looking forward to personally.

“It’s a very young team, a lot of the lads are playing their first professional season and they’ve risen to the challenge really well and they deserve to be in a semi final now. We could have crumbled in games but we’re showing that youth and experience is working and we can’t wait for Friday.”