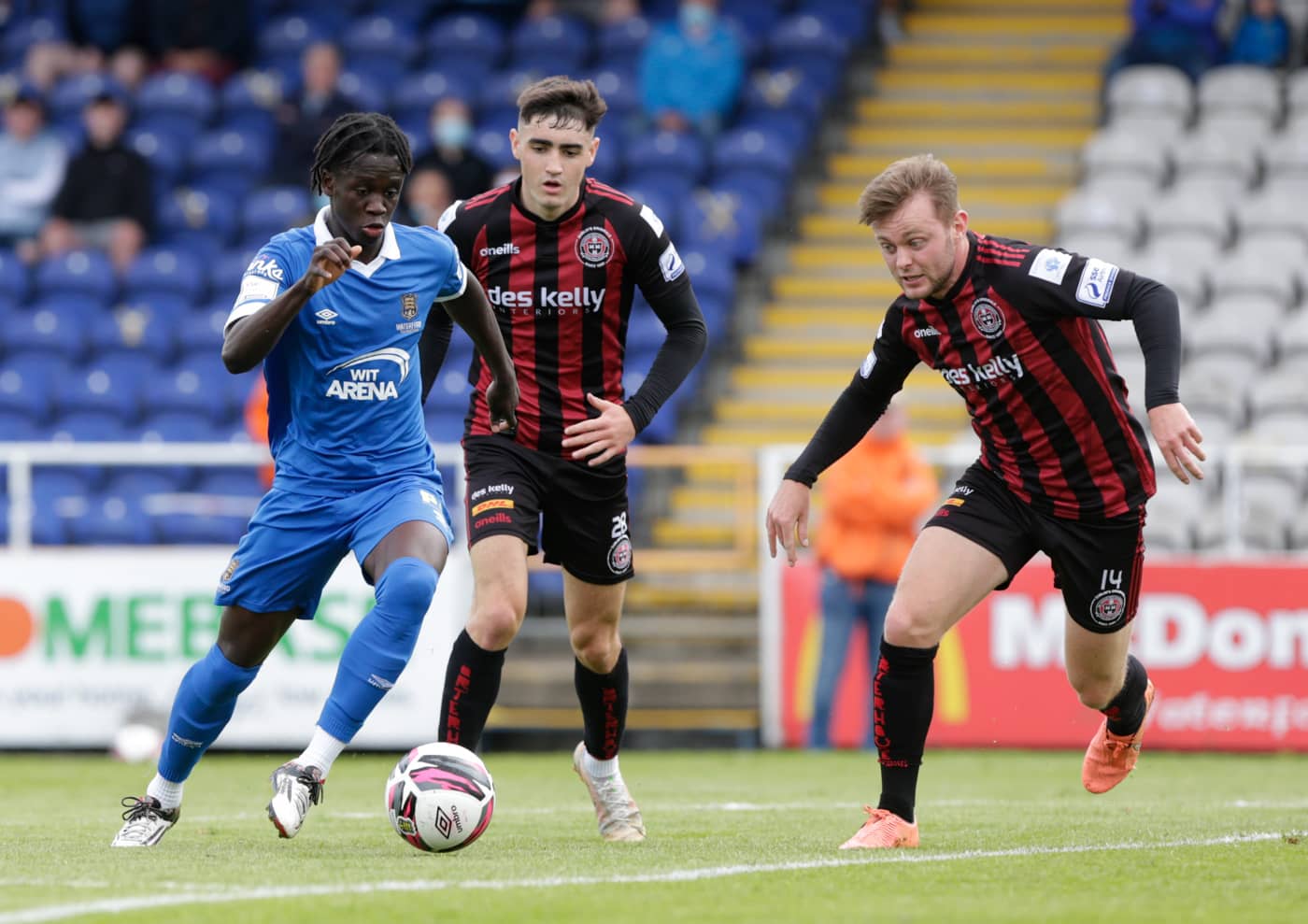 Attention returns to Premier Division survival and a quick turnaround as Waterford FC make a second trip in four days to Dalymount Park to face Bohemians this Monday.

Fresh from a narrow 1-0 defeat which saw the Blues finish with nine men and the concession of a late winning goal, the Blues will be determined to get valuable points on the board in the fight to stay in the division.

Marc Bircham’s side have been in good form of late in the league but will need to reshuffle the pack with injuries and suspension playing havoc to their Blues squad.

The last outing in the league for the Blues was a 4-1 win at home to Finn Harps while the last league fixture on the road saw the Blues pick up a point in Sligo.

Friday’s defeat away to Bohs saw the Blues’ FAI Cup run end for 2021 but with Finn Harps, Dundalk and Drogheda United still within reach in the league table, the Blues will be out for valuable league points on Monday.

“Friday was tough to take. The penalty, the red cards and the offside goal are hard to take but we’ve got to get past that and look to the league. We need to make sure we’re focussed on the league from now until the end of the season.

“It’s a quick turnaround so we got the lads in for recovery and then looked to Monday’s game. We’ve got suspensions and injuries but we’ve got to get on with it.

“Our form has been very good so we need to get back to that and look to Monday and then another important trip to Dundalk on Friday.

“For home games we’ve seen massive crowds and to see our fans on Friday was brilliant too and we know how important they’ll be between now and the end of the season.”

Team News: Brian Murphy, Niall O’Keeffe and Kyle Ferguson miss out through suspension. Prince Mutswunguma, who picked up an injury on Friday, and Matthew Connor, who picked up a knock in training last week, both miss out.