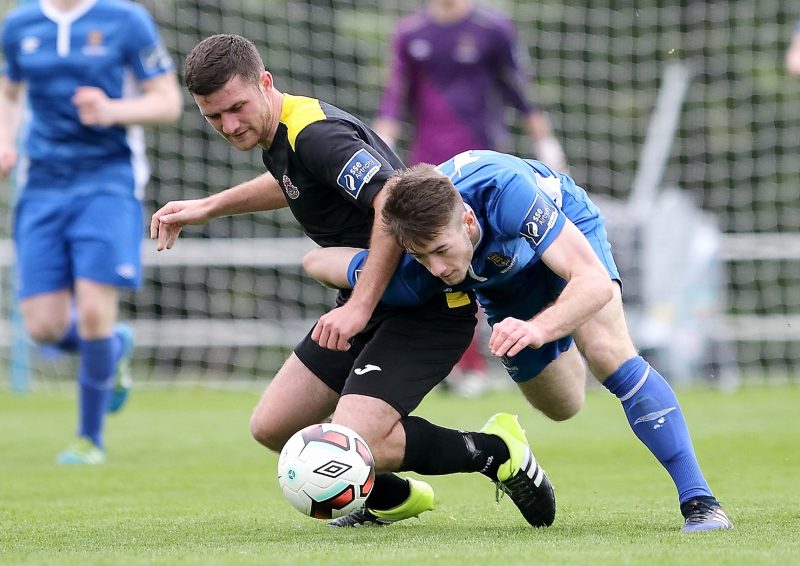 Waterford FC will be looking to win their fourth game on the bounce in the SSE Airtricity League First Division when they face second placed Cobh Ramblers at St. Colman’s Park on Saturday evening with a 7.15pm kick-off.

After twice getting the better of Stephen Henderson’s side already this season, once in the League and the other meeting in the EA Sports League Cup, this is the biggest game of the Blues season so far as they hope to extend their lead at the summit of the table.

When the sides met in the previous league clash at the RSC, Blues defender Patrick McClean popped up with the match winning goal in a 2-1 success last month before Dean O’Halloran and Derek Daly notched in the 2-0 win in the League Cup.

Daly, who also scored the all-important goals in the last two games for the Blues, is looking forward to the game on Saturday. “We need to now push on after the results the last couple of weeks and we’re looking forward to the trip to St. Colman’s Park. It’s a massive game for us and if we win, it will open a nice little gap at the top of the table.

“It’s a crucial win for us last week and we’re delighted with it. It has been a tough time for us in recent weeks with all the injuries so we’re really worked hard as a group of players. We need to be ready to work hard to get three points in Cobh.

“I think that maybe we need to be a bit more clinical in the final third but we’ve been defensively solid that the one goal gets us through game. We’re so defensively well set up that it makes it tough on other teams. We need to keep going with that and hopefully we can.

“We have only conceded six goals all season and that’s because we are set up so well. Everyone listens to each other and we know what we’re doing so that’s always a plus for us especially when you’re going for a league title like we are.”

Also, commenting ahead of the game against Cobh Ramblers, Waterford FC Coach Alan Reynolds said, “It would be nice to go down to Cobh and get one over them on their home patch but we know that we’ll have to be ready for the battle.

“We have prepared very well during the week for the game but we know that it’s going to be difficult. We’ve worked hard as a group considering the amount of injuries that we have suffered in recent weeks and we know that this is a huge game in our season.

“I thought that John Martin was excellent last week. We have players like Patrick McClean, who is a real leader at just 20, we have Derek Daly, who is only 19, getting the goals recently and we have a lot of young players so to be top of the table is great but we won’t get too carried away yet.”

Ian McLoughlin and Dean O’Halloran are on the road to recovery but will miss the trip to Cobh, while Sander Puri is also recovering from injury. Mark O’Sullivan, who sat on the bench for last week’s game against Longford Town, is rated 50/50 for the game.