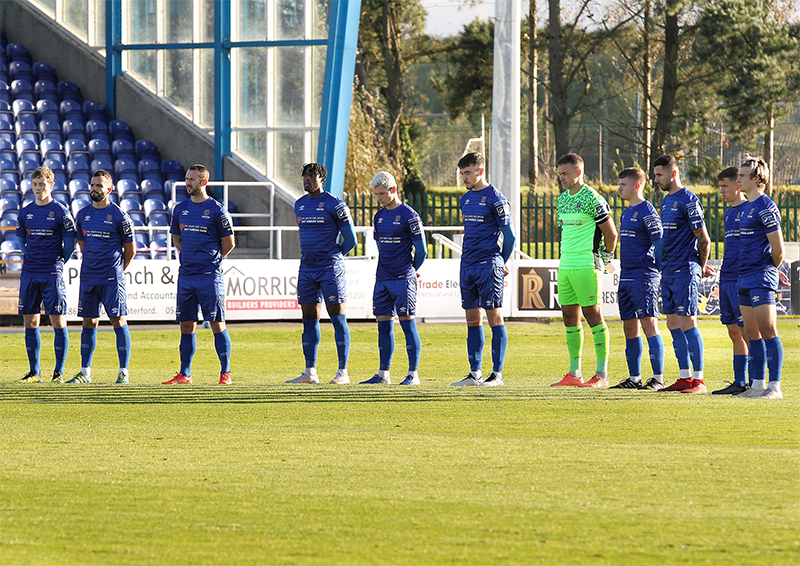 It’s the final Munster Derby of the season this weekend as Waterford FC take on Cork City FC in Turners Cross on Saturday evening.

The Blues will be hoping to bounce back from last Saturday’s defeat in the RSC at the hands of Shelbourne. A Ryan Brennan goal on 84 minutes was enough to see the visitors take all three points; Fran Rockett’s side leaving empty-handed.

Waterford last faced Cork City back in August when the sides played out a 0-0 draw in the RSC.

Two second half goals saw the Blues come from behind to seal victory in their last trip to Turners Cross. In the last five meetings between the two sides, Waterford have won three, lost on one occasion and drawn once.

“Things didn’t go our way last weekend but that’s football. We had enough chances to take the lead and the three points but we just couldn’t find the back of the net. Obviously, the lads were disappointed but we got back to work on Monday and have been focusing on this game since.

“Form goes out the window for a derby match and I’m expecting a tough game from Cork. They need the points, especially after losing on Tuesday evening to Dundalk.

“That said, we just want to get back to winning. We want to focus on ourselves and get back to positive results.

Team News: Sam Bone continues to miss out due to a hamstring injury.