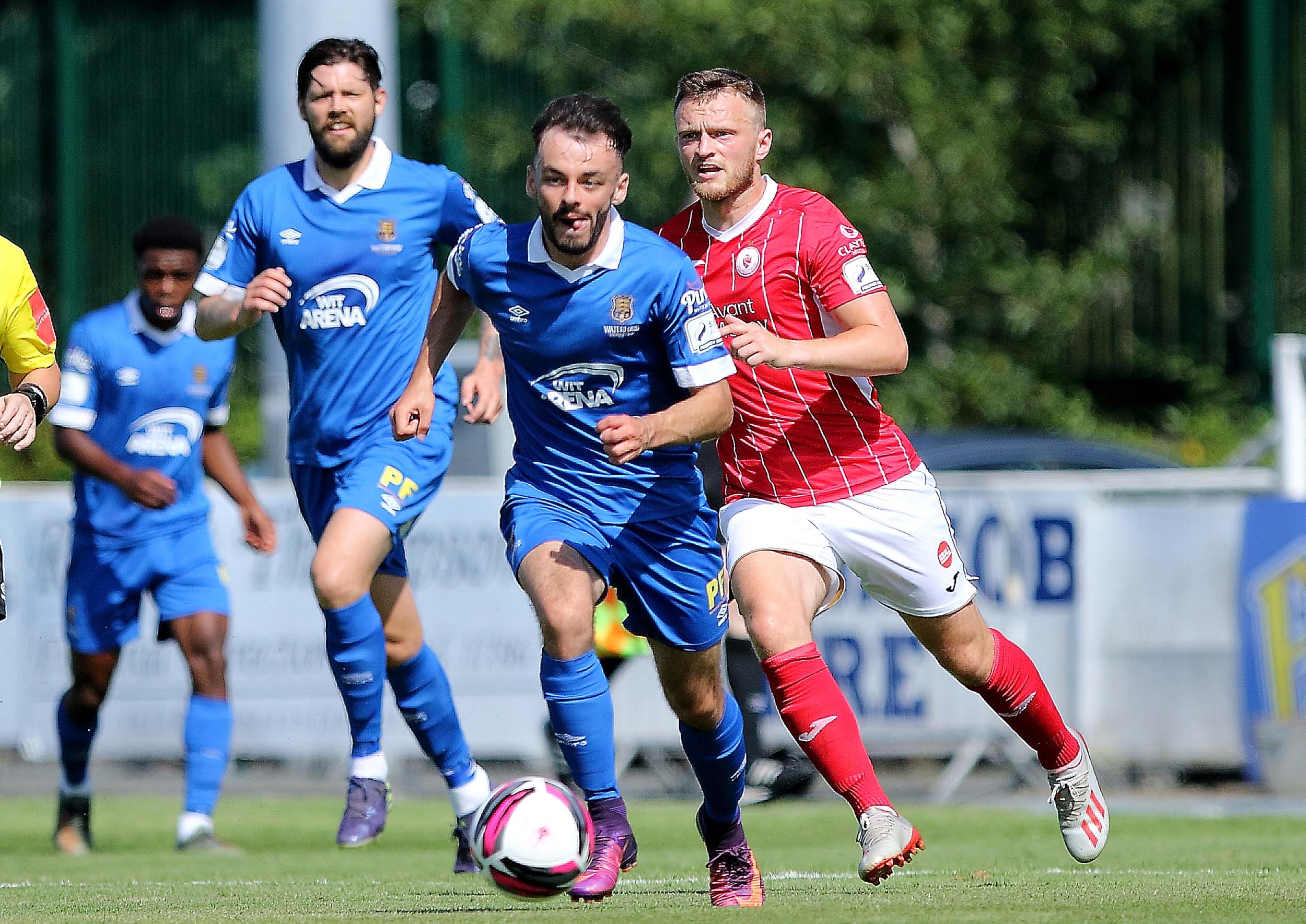 Waterford FC are back in SSE Airtricity League action this Friday as the Blues travel to Head in the Game Park to take on Drogheda United.

Marc Bircham’s side will be hoping to continue their good run of form since the restart of the league and their previous two games with six points from six.

The Blues come into Friday’s game after a 4-2 win on penalties against Athlone Town in the opening round of this year’s FAI Cup. Goals from Anthony Wordsworth and Shane Griffin saw the Blues leading by two goals before Athlone took a 3-2 lead. Greg Halford’s debut goal in stoppage time then sent the game to extra time.

The game took another turn right at the death when George Forrest looked to have won it for the Blues in extra time stoppage time before Glen McAuley levelled to send it to penalties; Paul Martin saved two penalties to help send the Blues through to the second round.

Friday’s opponents come into the game after going down 4-2 on penalties against Derry City.

The sides last met in competitive action back in May when the Blues U19’s were well defeated as the first team were stood down due to Covid-19. The Blues’ last trip to Louth saw them fall to a single goal defeat at the beginning of the season.

“We’re happy to get through to the next round [of the FAI Cup]. It was a crazy game with some decisions we weren’t happy about but we move on and look forward. From going a man down and going behind, we showed great character to win out in the end and we’ll think about the next round when it comes around in a few weeks.

“Our league form has been good so we want to keep that going on Friday. Drogheda are having a good season so we know they can cause us problems. It was a tight game at the start of the season before I was here but we know we can compete against any team on their day.