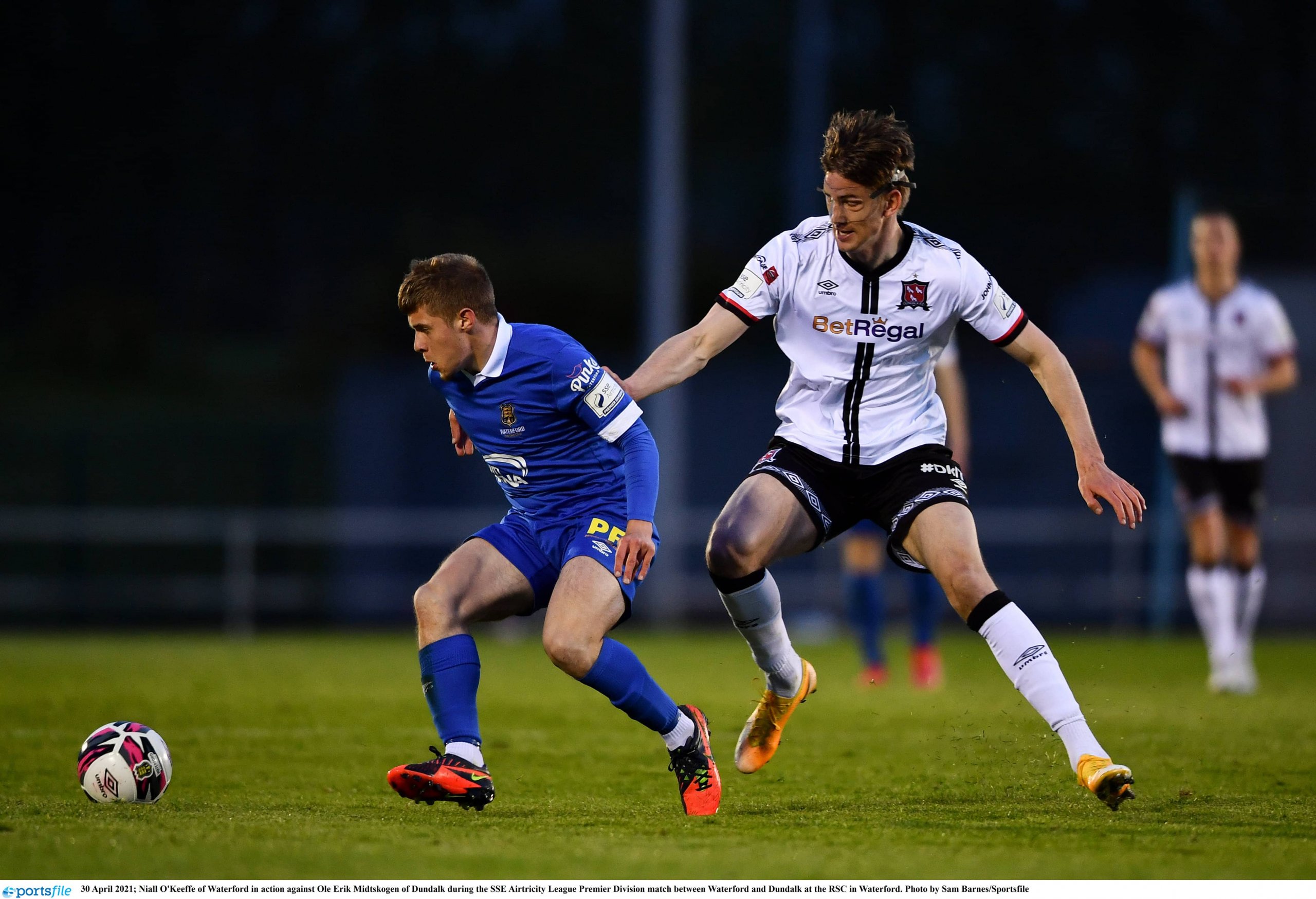 Waterford FC return to action this Friday night with a trip to Oriel Park to take on Dundalk in the SSE Airtricity League Premier Division.

After a disappointing start to the 2021 season, Blues boss Marc Bircham will be hoping that the mid-season break was just what his players needed to kick-start their season.

The Blues head into Friday night’s game after suffering defeat at the hands of Bohemians before the break, where two goals just before half time helped the Dublin club to a 3-0 win.

Dundalk were victorious the last time the two sides met in April in the RSC while the last trip to Oriel Park saw the Blues take a point in a 2-2 draw.

After a tough spell missing players, the Blues go into the game with players back to boost the available pool for Friday night.

“The lads are looking forward to getting on the pitch on Friday night. While most clubs may have been off during the break, we’ve tried to make the most of the time to work on the training pitch and get ready for the next part of the season.

“The players have reacted well and they’re raring to go. We know we needed to work on certain areas and the fixture break has allowed the coaching staff to work with the players to try to improve those areas.

“Dundalk are the home team and will have fans back too so they’ll be looking to get points to start moving up the table. I know Jim Magilton well and he’ll have his team ready to go. We’ll worry about ourselves though, work hard and look to start picking up points.

“We’ve got players back but had a few knocks this week too so we’re managing that but getting the lads back on the pitch will be great; we’ve some tough games ahead with Dundalk and then Shamrock Rovers but we’re looking forward to the challenge.”

Team News: Isaac Tshipamba misses the game through suspension while Jamie Mascoll, Brian Murphy and Niall O’Keeffe are doubtful. Daryl Murphy misses out. Midfielder James Waite and defender Josh Collins have both departed the club during the mid-season break and the club thanks them for their hard work over the first part of the season.