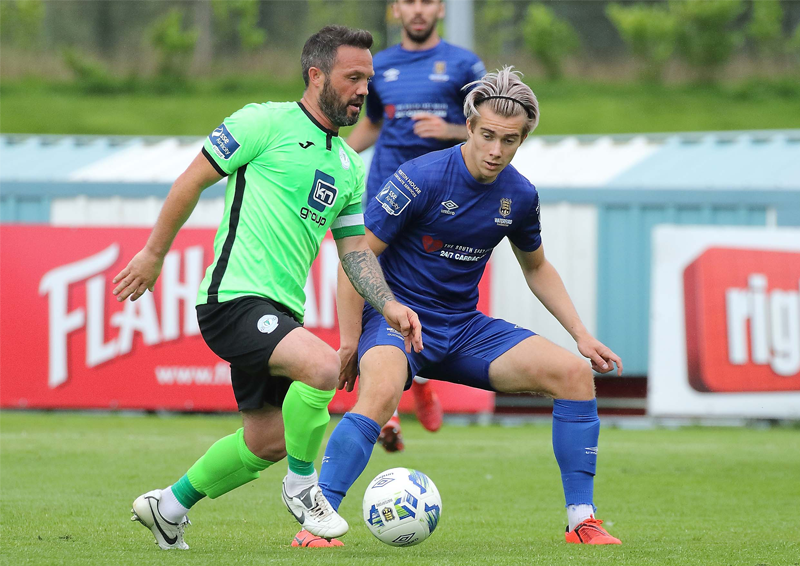 Waterford FC return to action this Monday night as the Blues take on Finn Harps in the final game of the 2020 SSE Airtricity League season.

Fran Rockett’s outfit will be hoping to build on their win over Dundalk which leaves them in fourth place chasing Dundalk in third; a win on Monday against Ollie Horgan’s side would keep the Blues in the running for a European position.

A solitary John Martin goal last time out saw the Blues pick up the points against Filippo Giovagnoli’s Dundalk at the RSC two weeks ago.

The Blues last faced Finn Harps back in August when two goals in the last five minutes of the game saw the Donegal side come from behind to win 3-2, after Ali Coote and John Martin had given the Blues the lead on two occasions.

The teams last faced each other in Finn Park at the back end of the 2019 season when a solitary goal from Joshua Smith saw the Harps take all three points. The Blues have been unable to beat the Donegal outfit in their last four encounters in the league.

Finn Harps come into the game on the back of a 2-0 loss against Shamrock Rovers last weekend. Goals from goals from Joey O’Brien and Max Murphy either side of the break saw Rovers take all three points – leaving Ollie Horgans men looking for points on the final day of the season to avoid the relegation/promotion play-off.

“I was delighted with the lads against Dundalk. Sometimes you go into a game and you know things are going to go your way and that day was one of those. The focus of each of the lads going into the game was remarkable. Everyone in the squad was up for it and knew what needed to be done. The boys gave everything on the pitch for the 90 minutes and I couldn’t have been happier for them to get the three points.

“Harps have been a bogey team for us in recent games. They are a tricky side to play against and especially at home.

“We want to finish as high up the table as possible and if that means keeping ourselves in contention for a European spot, then so be it. We are focusing solely on the game on Monday and we’ll see what happens.

“This group of lads have always given their all week in week out, so for them it would be massive to round out the season with a win – and more importantly it would be huge to give the fans another win to celebrate with everything going on in the world at the minute, but we are under no illusion of the battle that is in front of us.”

Team News: Sam Bone continues his recovery from his hamstring injury and will miss Monday’s clash with Finn Harps.