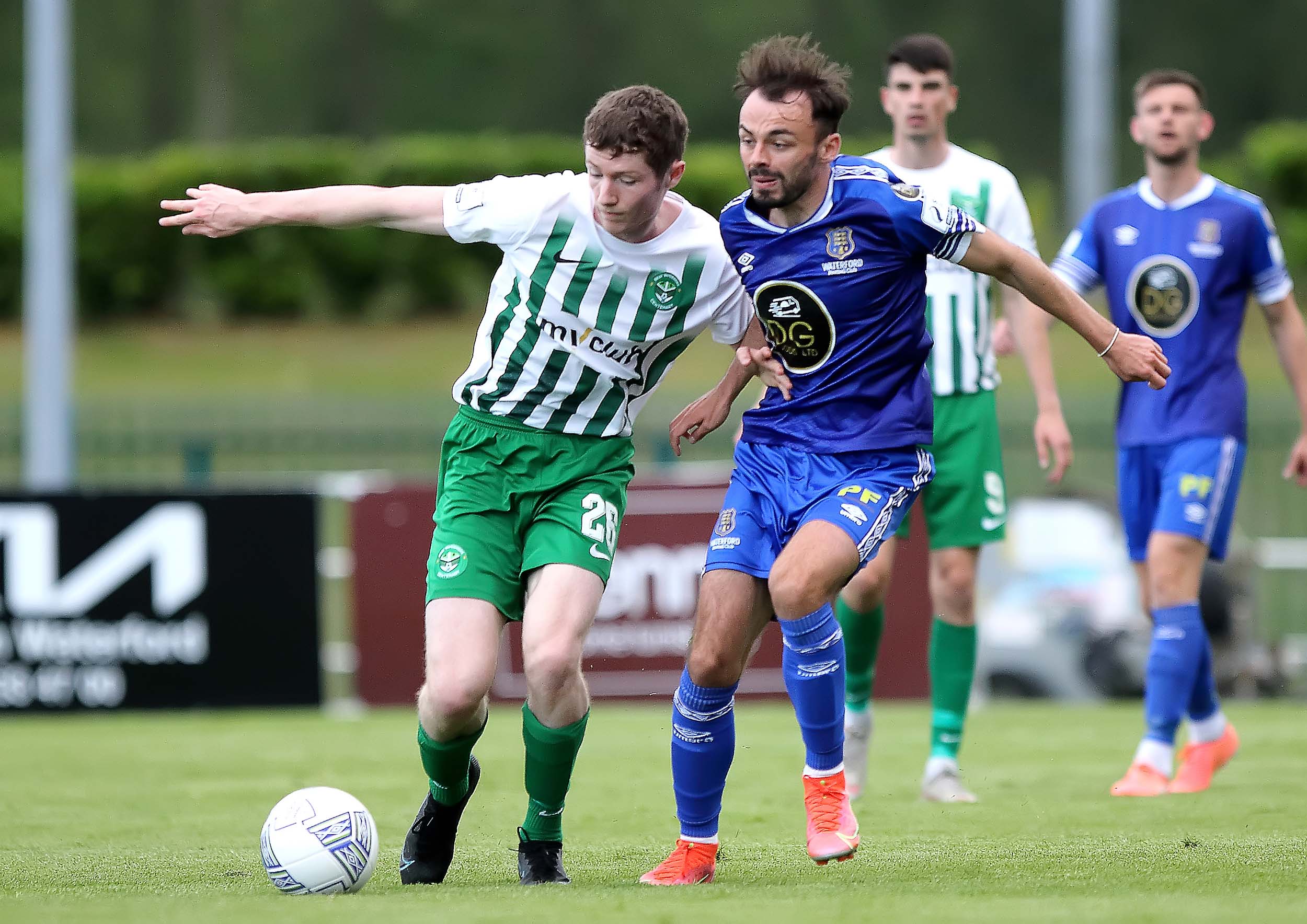 Waterford FC play a third game in eight days with a trip to Eamonn Deacy Park to face 2nd-place Galway United this Friday.

The Blues picked up a 5-2 win on Monday night in Athlone thanks to a brace from Roland Idowu and Phoenix Patterson, and a Louis Britton goal.

Having taken the lead early through Britton, the lead was quickly eliminated from the penalty spot.

The sides last faced off back in April in the RSC when Galway took the points thanks to a first-half goal from Manu Dimas. The Blues’ last visit to Eamonn Deacy Park saw the sides share the spoils with a 2-2 draw – despite the Blues leading at halftime.

Galway come into the game after a 2-0 defeat in Longford on Monday night with John Caulfield’s side winning one of their last four games.

A win on Friday night would see the Blues close the gap on Galway in second place to just a single point, with the Blues having played one game less than the Tribesmen.

From The Dugout: Speaking ahead of Friday’s match against Galway United, Head Coach Danny Searle said:

“I was delighted that we made it eight from eight on Monday and the good run continued. There’s still lots to work on generally but I think when you’re winning and not performing completely to our potential, then we have to take that and move onto the next one.

“We’ve eight in the last eight but we need to take that momentum into Friday now. Galway and Cork games are always going to be massive games; we got the points (on Monday) now we go to Galway looking to keep the run going.”