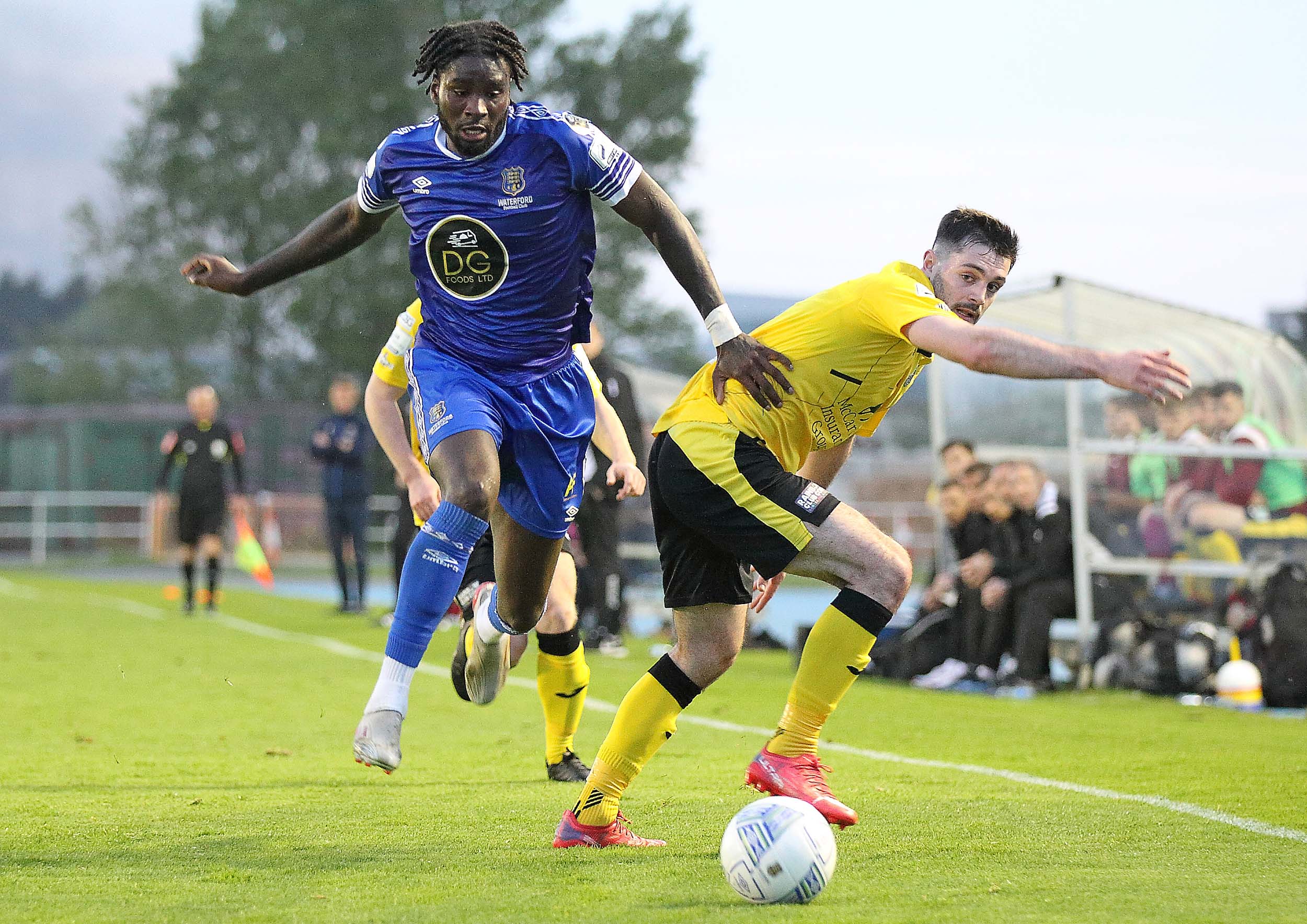 Waterford FC make the journey to the Midlands on Saturday to take on Longford Town in Bishopsgate looking for a fifth win on the bounce.

The Blues come into Friday’s match on the back of a 4-2 win against Cobh Ramblers in the RSC last Friday night; a fourth consecutive win.

The visitors took the lead after just four minutes before Phoenix Patterson levelled things up for the Blues with a wonderful strike just after the half-hour mark. Larkin retook the lead for Cobh’s three minutes later but the Blues brought themselves back into the game just after the break with a goal from Tunmise Sobowale.

A Louis Britton header and a 30-yard Callum Stringer strike sealed all three points for the Blues.

Longford welcome the Blues to Bishopsgate on the back of a 0-0 draw against Treaty United on Monday night.

The sides last met back in April in the RSC when a last minute Louis Britton goal earned a share of the spoils after Shane Elworthy had given Longford a first-half lead.

The Blues are unbeaten against Longford in the sides’ last nine meetings, with six wins and three draws.

From The Dugout: Speaking ahead of Saturday’s match against Longford Town, Gary Hunt said:

“It’s been great to get back to winning ways in recent weeks and those points have been important to keep us within distance of those above us. Now we have an opportunity to begin closing those gaps and the players are eager to make this happen.

“We want to get back to clean sheets as our starting point but scoring eight goals over the last two matchdays has been great for players, staff and the fans who have been behind us all the way.

“Having drawn on Monday, Longford will be pushing for the victory knowing it would take them above us so we will need to make sure we are ready both in and out of possession this Saturday night in Bishopsgate.”

Team News: Anthony Wordsworth continues to miss out, while Yassine En-Neyah is a doubt having come off injured last Friday.