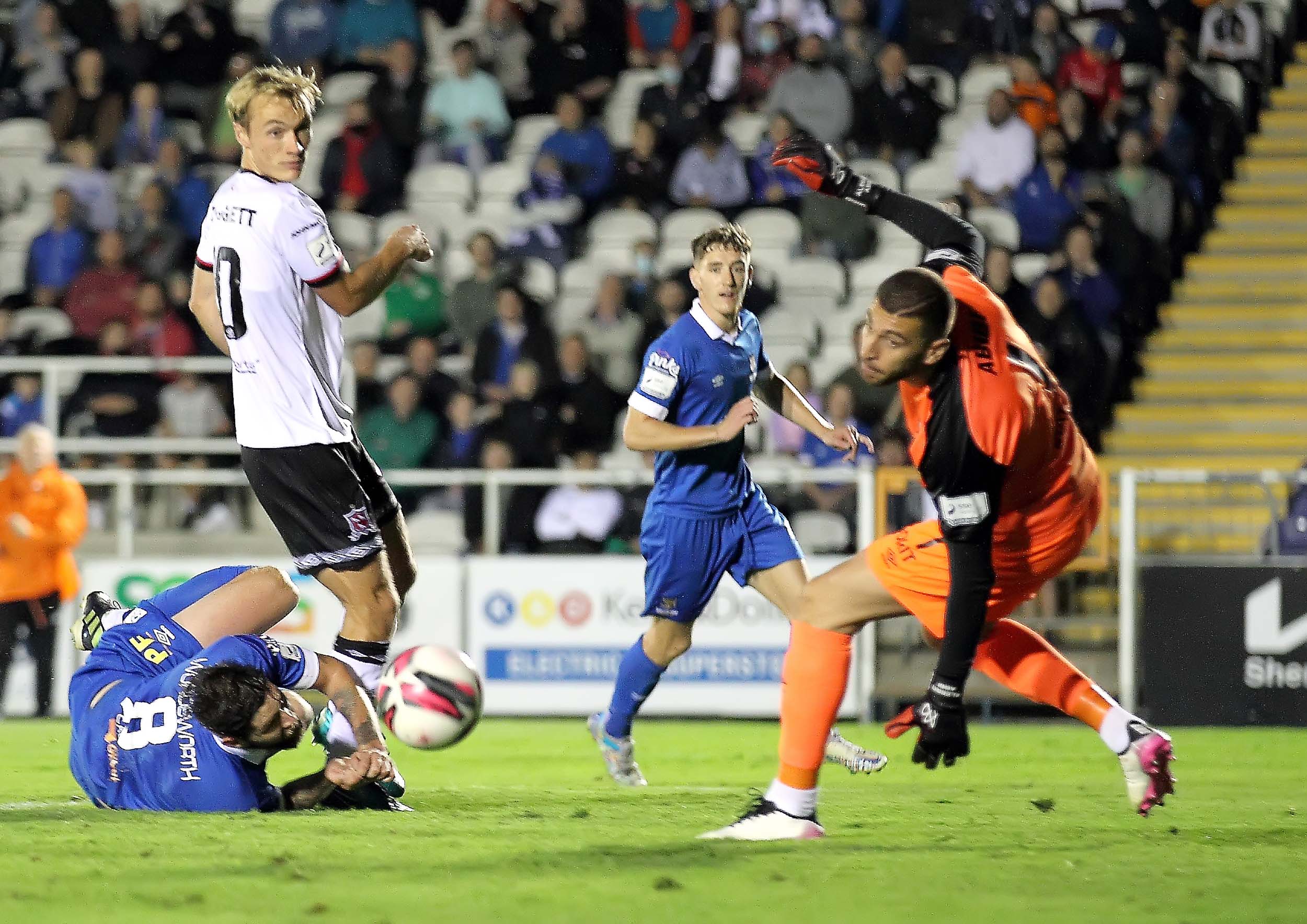 Waterford FC travel to Tallaght this weekend as Marc Bircham’s side take on Shamrock Rovers on Friday night.

An Anthony Wordsworth goal on 77 minutes saw the Blues come from behind to share the spoils with Dundalk last weekend, after Sean Murray had given the visitors an early lead in the RSC.

Despite dominating the closing spell of the game, the Blues couldn’t find another way past a resilient Dundalk side.

Shamrock Rovers come into Friday night’s game having been defeated 2-1 by Finn Harps last Friday night. An Adam Foley own goal levelled things up for the Hoops, before a late goal from Tunde Owolabi saw the Donegal side take all three points from the league leaders.

The sides last met back in June, when Rovers took the points despite Eric Molloy giving the Blues the lead. The sides last faced off in Tallaght Stadium in May when a dominant Rovers found the net three times for the win. The Blues last win against the Hoops was back in 2018 when two goals from Courtney Duffus was enough to see off a strong Shamrock Rovers side in the RSC.

The Blues currently sit in 8th position in the league standings, a point above the relegation play-off spot; Shamrock Rovers currently lead the pack on goal difference.

“We started too slow again last week [v Dundalk] and were behind so quick so that’s something we’re looking at sorting. We have a game plan and we’re having to change when we concede early. But I was pleased with our reaction. We got a point but we could have got three with all the pressure we put on Dundalk in the final quarter and if a couple of decisions had gone our way.

“This Friday will prove another very tough challenge for us. They’re a top class side and we know we can’t afford to not be on our game. We’ve prepared well, had a good week in training and we have our game plan going up there. We want to win. We’re not going to just take part.

“We’ve got a few players back from suspension and injury over the past two weeks so we’ll be giving it a good go with only 10 games remaining.

Team News: Daryl Murphy remains out but Marc Bircham has no other injury concerns.