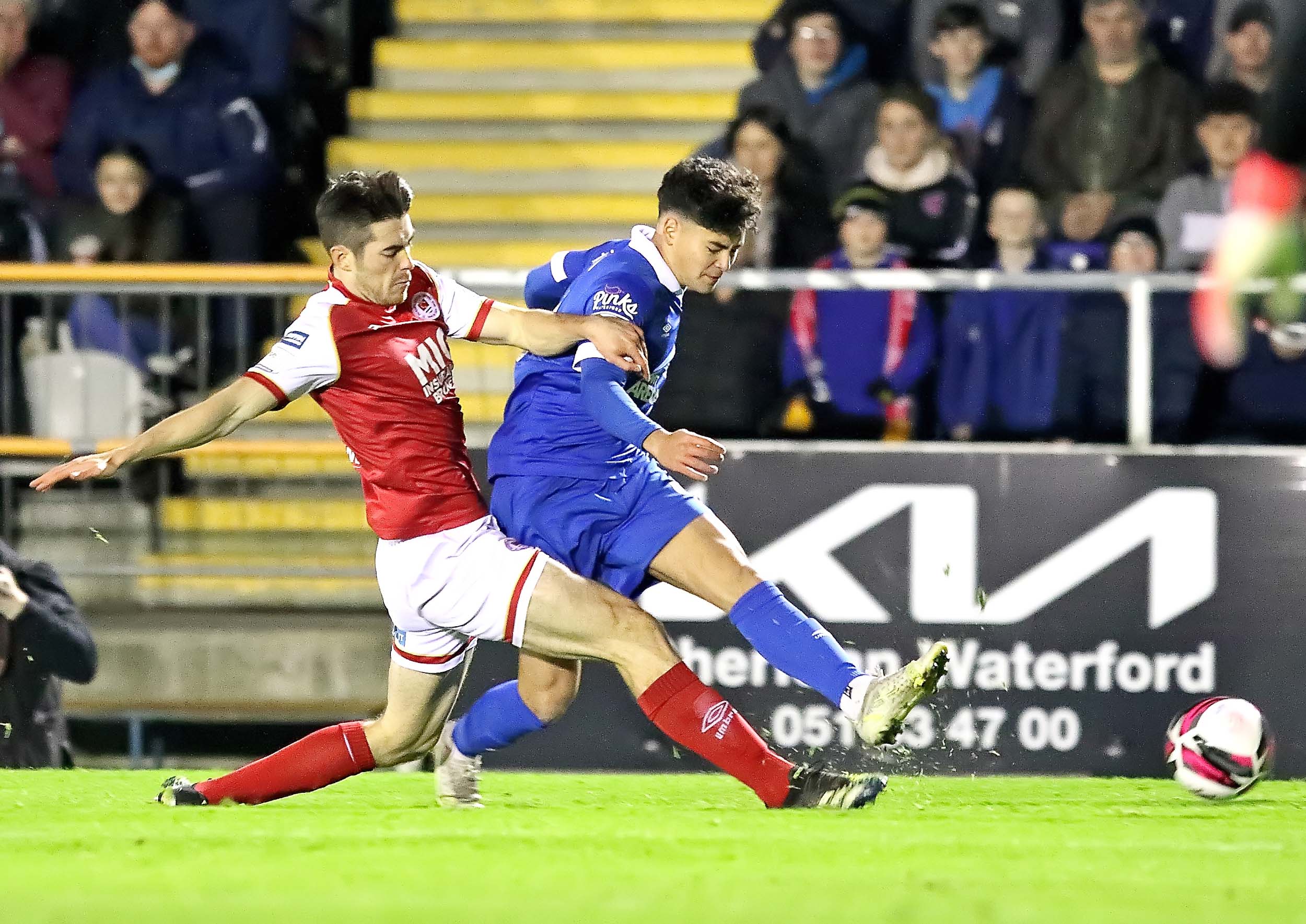 All eyes are on Extra.ie FAI Cup action this weekend as Waterford FC take on St. Patrick’s Athletic in Richmond Park.

The Blues made it to the semi-final last season but were defeated 1-0 by Bohemians and have been handed a tough first round tie against the current Cup holders in Dublin.

The Blues come into the game after a 2-1 defeat at the hands of Longford Town last weekend, when two late goals saw the visitors come from behind to take the points against ten-man Blues.

The sides met late last season in the RSC where they played out a scoreless draw, while the previous meeting between the two in Richmond Park saw the Inchicore club take three points in a 2-1 win.

The sides last faced off against each other in this competition back in 2011 in the RSC, when St Pat’s ran out winners in a game that saw former Blues striker Daryl Kavanagh score all three goals.

The Saints come into the game on a high after a penalty shootout win against NS Mura in the Europa Conference League qualifier on Thursday night.

Of the side’s last fifteen meetings, the Blues have won on seven occasions with the sides drawing just twice.

“We’re looking forward to the game and testing ourselves against the reigning Cup holders. We know we’ll be in for a tough game but we have to go out and put in a performance.

“We’ll focus on ourselves but we’re going with every aim to win the game. We have to set up right and look to play how we know we can – get the ball down and get at teams.

“We were disappointed with last week’s result but the performance was there and that’s what we need to build on for Sunday.”