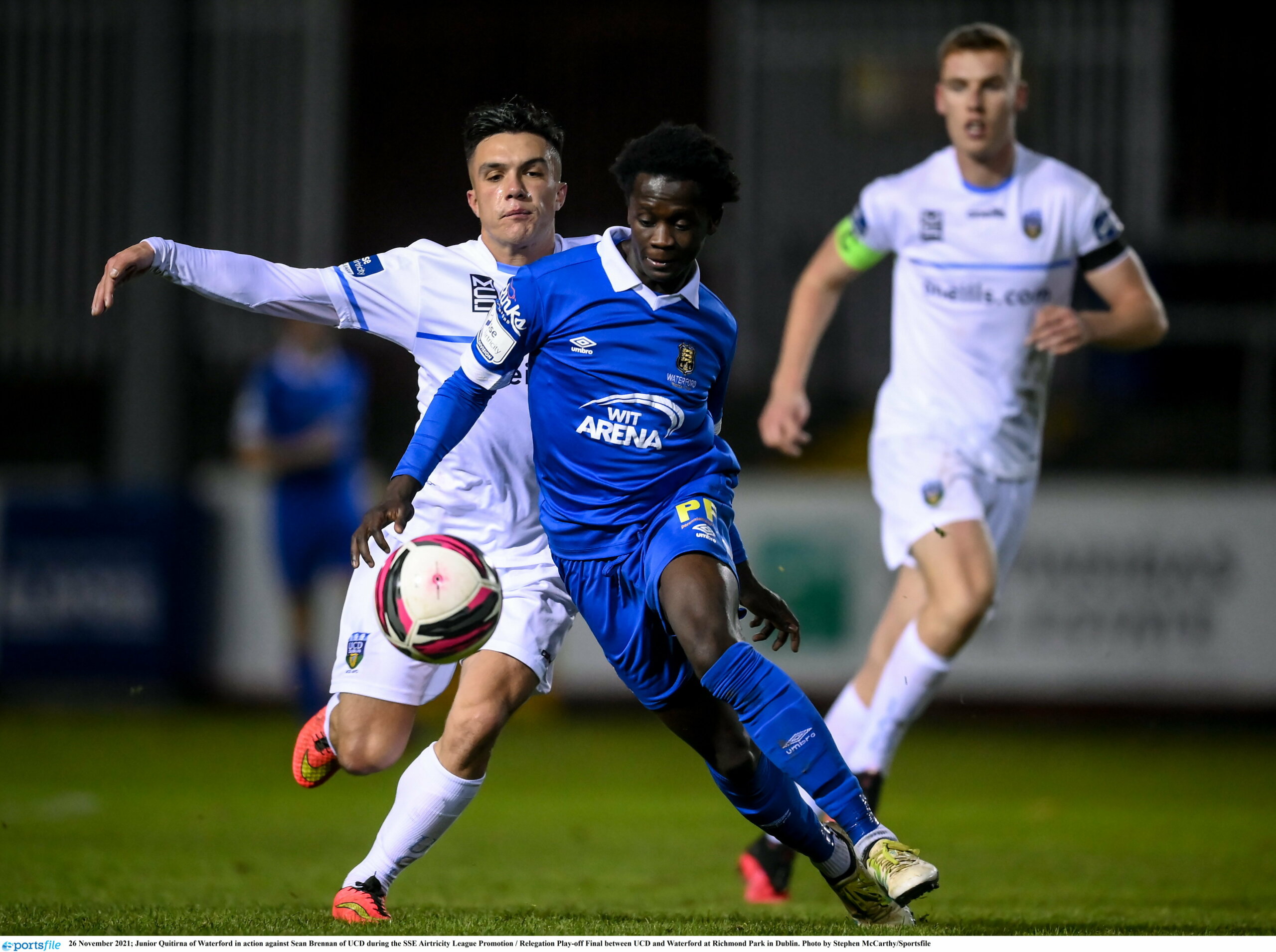 The Blues booked their place in the final after beating Galway United last Friday night in the First Division Play-Off final. Two goals from Junior Quitirna and a smart Wassim Aouachria finish ensured the Blues’ spot in this week’s final.

That followed a second-place First Division league finish and a two-legged defeat of Treaty United in the First Division Play Off Semi Final – winning 7-4 over two legs.

Premier Division UCD come into the game on the back of a 2-0 defeat to Premier Division winners Shamrock Rovers on Sunday evening to conclude their league season. The Students had the previous week secured their place in the play offs, sending Finn Harps down in the meantime. Goals from Aaron Greene and Simon Power ensured UCD ended their season with defeat in the Belfield Bowl.

The sides last met in November of last year in the Promotion/Relegation play-off in Richmond Park, when goals from Dara Keane and Colm Whelan saw the Blues relegated to the First Division despite an early Anthony Wordsworth goal.

From The Dugout: Speaking ahead of Friday’s match against UCD, head coach Danny Searle said:

“We’re looking forward to Friday and it’s the last of four cup finals over the past few weeks. Two legs against Treaty United and a final against Galway United were the focus but this is the one we’ve been building towards.

“We go there with confidence from our recent form but also in the knowledge that UCD are a good side. They’ve shown over the past few weeks that they can compete against Premier Division teams so we are expecting a very tough match. They beat Drogheda and Finn Harps and drew with Shelbourne recently so we know they can be dangerous and have some very good young players.

“Our focus has been on us. We know we have quality in our squad and we can hurt teams. We’ve shown that with our form and our Cup run; now we need to perform again to get this club back to the Premier Division.

“The support we’ve had over the past weeks and months have been something special and to see the numbers of tickets already sold, we know we’ll have almost the whole ground behind us on Friday night and we can’t wait.”

Team News: Roland Idowu is expected to miss out due to injury.