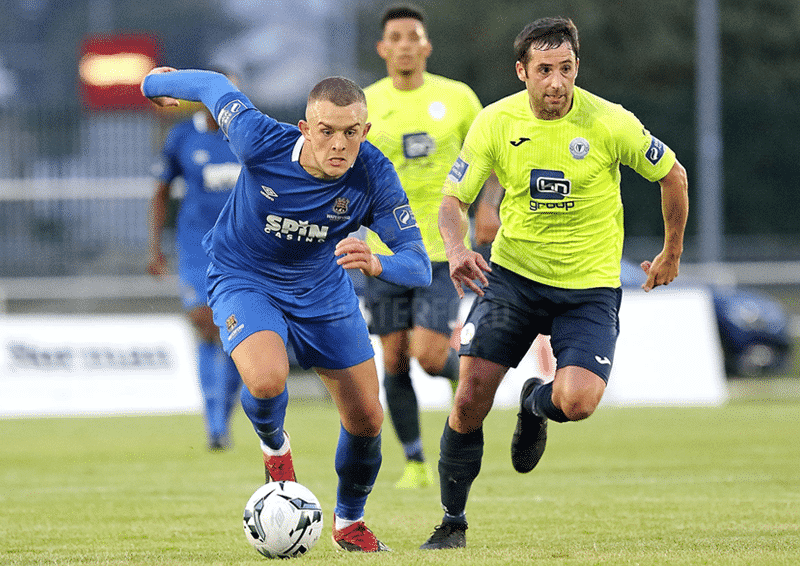 Waterford FC begin a run of four successive games on the road this Friday with a trip to the UCD Bowl to face UCD for the third time this season.

The sides have each picked up a win in their two meetings so far this season. The sides last met back in May as the Blues won 1-0 thanks to a Zack Elbouzedi first-half goal. UCD picked up the points in the UCD Bowl in April.

The Blues go into the game on the back of a disappointing 1-0 loss against Finn Harps last weekend; a spot kick from Mikey Place with 10 minutes remaining gave the Donegal side all three points.

Alan Reynolds side also had a good workout on Monday evening in the RSC against Wexford FC with valuable minutes for players. Waterford FC currently sit seven points ahead of UCD in the Premier Division standings.

“We were very disappointed with the result last week. We had good chances and didn’t take them, and were then hit with a sucker punch. It’s three home defeats in a row so that’s disappointing for us, but we have to look forward now.

“Lads got a good run out on Monday against Wexford and others are fresh and ready to go on Friday. We hope to have Zack back to play some part too and Rory comes back from suspension so we’ll be going for it.

“The supporters were great last week and we know they’re frustrated. The players are hurting. They know what it means to everybody and they’re working hard to get us moving in the right direction, starting this Friday.

“UCD lost last weekend but they’ve had some really good recent results so we’ll expect another tough game because we know Collie always has them well organised. We’ve had it tough up there recently so we need to be on our game to get something on Friday.”

Team News: Kevin Lynch and Sam Bone continue to miss out; with Bone nearing a return. Zack Elbouzedi, out since injury put an end to his Toulon Tournament in June, should play some part. Rory Feely returns from suspension.