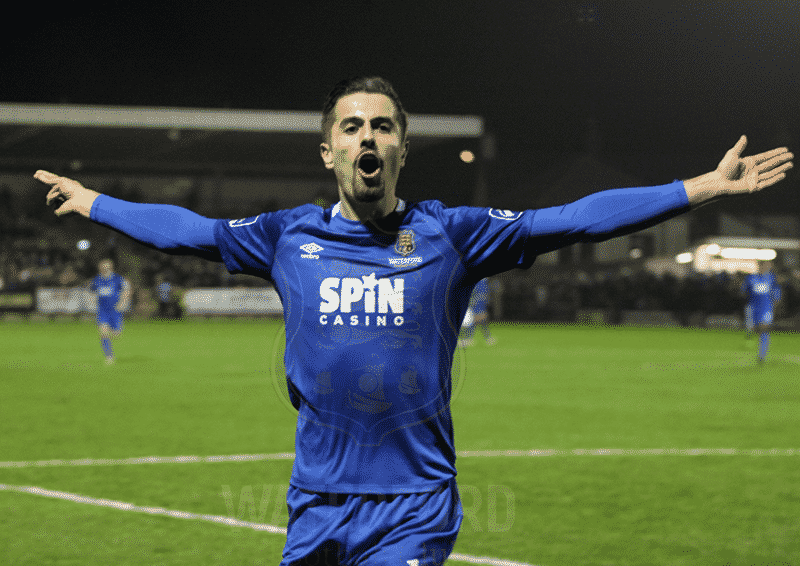 Waterford FC are back in the RSC this Friday evening when early pace-setters Bohemians visit in the SSE Airtricity League Premier Division.

Alan Reynolds’ side have picked up three points in the opening three matches after a narrow defeat on Monday night. The long trip to face Derry City saw the Blues battle back from behind and push for an equaliser but ended in a 3-2 defeat.

Shane Duggan’s penalty had levelled at 1-1 before two own goals had Derry 3-1 in front. Cory Galvin’s spectacular long-range strike made it 3-2 but couldn’t force an equaliser.

That result followed the 2-0 win against Cork City last Friday, and the narrow 2-1 defeat against Shamrock Rovers two weeks ago.

Visitors Bohemians, under the management of Keith Long, have started the season with a 100% record after wins against Finn Harps, UCD and Shamrock Rovers.

MANAGER’S VIEW: Speaking to WaterfordFC.ie ahead of the visit of Bohemians, manager Alan Reynolds said:

“Bohs have started the season really well with three wins from their opening three matches and we’re expecting nothing less than a really tough game. Keith [Long] will have them well organised and they’re the in-form team but we’ll be out to stop that.

“Monday’s game in Derry was a tough one. Of course we were disappointed not to get anything from the match but I couldn’t fault the effort of the players. We’ve been back in training and we’ll prepare for what Friday’s game will bring.

“It’s been a busy start to the season and it’s important to remember that it’s early days still, too. We’re very much a new team from last season and it’s going to take time for everybody to settle in, get used to each other and get more used to playing with each other.

“We’ve had massive crowds in the RSC in the first game and again in Turners Cross and more in Derry on Monday, so we know we’ll have another noisy RSC to push us forward and we’re all looking forward to it.”

TEAM NEWS: Kevin Lynch is a doubt after coming off early in Derry on Monday.