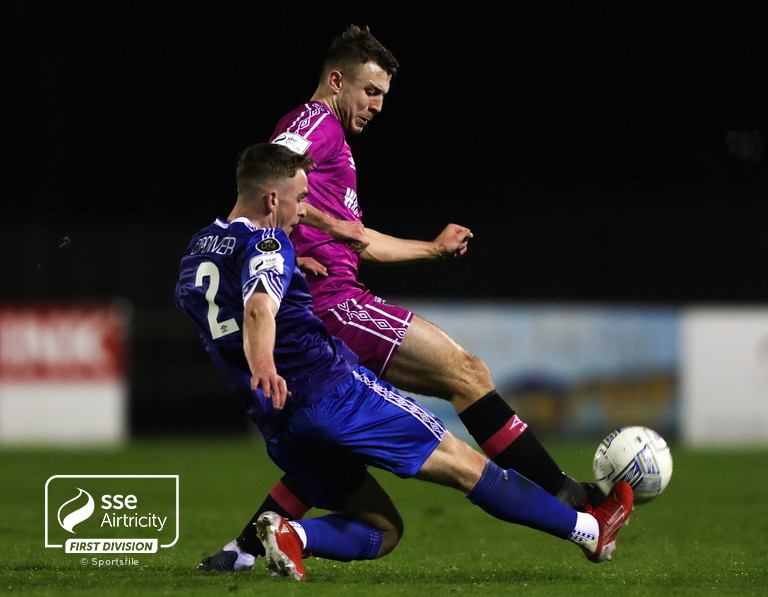 Waterford FC return to competitive action on Friday night as the Blues welcome Bray Wanderers to the RSC looking to continue their pre-break form.

The Blues have had an extended mid-season break and return to league action for the first time in almost a month.

Sitting in third place at the halfway point of the season, the Blues will look to continue their current run of form which has seen the Blues win all six of their last six games, along with a friendly win in UCD this month.

The Blues last took to the field back at the end of May when goals from Louis Britton, Roland Idowu, Shane Griffin and Cian Kavanagh saw the Blues take three points against Treaty United in the RSC.

This weekend’s visitors returned to action last weekend, but fell to a 5-1 defeat at the hands of table-toppers Galway United, and will be looking to put that right.

The sides last met back in May when the Blues ran out comfortable 4-1 winners away to the Seasiders. Goals on the night coming from Phoenix Patterson, Shane Griffin and a brace from Louis Britton late on.

Blues currently sit in third place in the league; Bray sit in 7th place, 15 points behind the Blues.

From The Dugout: Speaking ahead of Friday’s match against Bray Wanderers, Head Coach Danny Searle said:

“We’ve been training hard over the break and we’re getting there. We have a young squad of players but also some good experience and we’re looking to match them to each other as much as we can and get us playing more attacking like the last few games and excite the fans.

“We’re not trying to reinvent the wheel over the past weeks on the pitch, but we’re looking for ways to improve our game and keep pushing us up the table closer to the top two.

“We have half the season to go and there’s lots to play for. The players and staff have done a magnificent job over the past two months to bring the club back into contention so now we have to keep that going.”