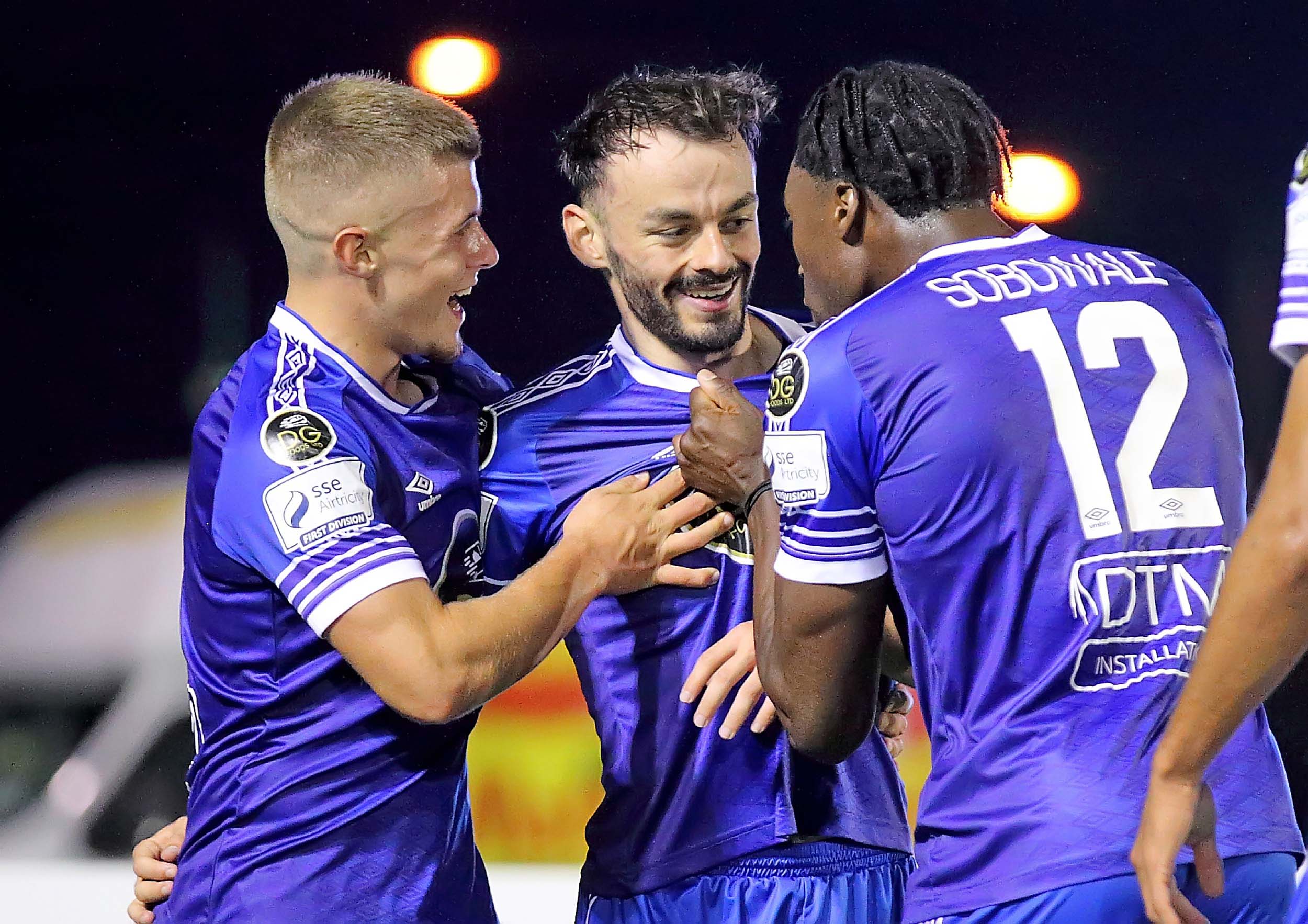 Waterford FC look to make it three wins on the bounce with Cobh Ramblers the visitors to the RSC this Friday night.

Danny Searle’s side come into the game on the back of a comfortable 3-0 win on Sunday last against Bray Wanderers in the Carlisle Grounds.

The Blues took the lead in the opening quarter of an hour when Richard Taylor found the back of the Wanderers net before a unstoppable Phoenix Patterson free-kick doubled the Blues’ lead at the interval. Shane Griffin wrapped up proceedings midway through the second half when his left-footed effort rattled the home side’s net.

That win followed the FAI Cup win and sets the Blues up for a busy weekend with a trip to face Longford Town this Monday night,

The side’s last meeting saw an in-form Blues ease past the Ramblers with a comprehensive five-star performance in St. Colman’s Park. The Blues opened the scoring on 17 minutes through Cian Kavanagh, before a Wassim Aouchria brace and goals from Callum Stringer and Junior Quitirna wrapped up the points.

The Blues currently sit in third place on 52 points, while Cobh sit in 9th place.

From The Dugout: Speaking ahead of Friday’s match against Cobh Ramblers, head coach Danny Searle said:

“Sunday’s game in Bray was another good performance. We did our jobs early and were able to control much of the game. More good goals scored, a first start for Alex [Baptiste] and another penalty save from Paul Martin too.

“Shane Keegan is an experienced coach and will no doubt be looking to pick up points before the end of the season. [Cobh] have got some good young players and we’ve seen them perform well against Galway, Treaty and Cork in recent matches so we know it won’t be easy. We want to keep our good form going and need to make sure we fully concentrate on Cobh.