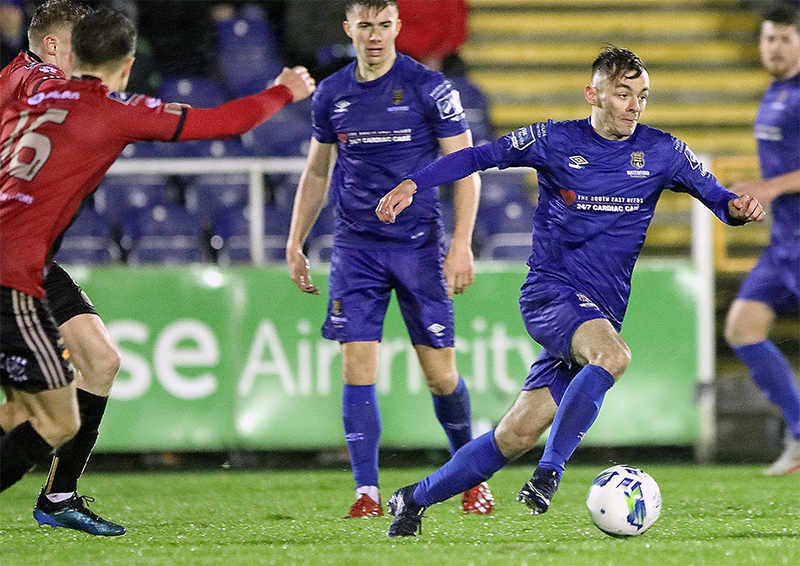 Waterford FC return to the RSC this weekend when the Blues host Cork City on Saturday afternoon.

John Sheridan’s men took all three points in last weekend’s action through a goal from John Martin early in the first half. Tyreke Wilson’s cross was met by the head of Timi Sobowale who directed it back across goal for John Martin to fire home from inside the six-yard box.

Waterford FC last faced Cork at the tail end of last season with the Blues running out  2-1 winners over City. However, it’s the Cork men who came out on top when these sides last met in the RSC.

Of the side’s encounters last season, the Blue picked up nine of the 12 points on offer, beating Cork twice in Turners Cross.

Preparation this week has been unsettled for the Blues with Tuesday’s scheduled trip to face Sligo Rovers postponed.

“It is a great start for me, but more importantly it’s great that we came away from Tolka Park with all three points. I thought we started the game well, and really settled into it.

“I think we could have possibly seen the game out a little bit better by holding onto the ball [but] at the end of the day it’s the three points that count.

“We have a small squad and we are short on bodies at the minute. Nobody could have predicted this week but the wellbeing of everybody at the club is most important.

“The team for the weekend will be the pretty much the same as what we would have had against Sligo so we have to work with who we have. We picked up a few knocks last week but we’re hopeful we’ll have everyone available.”

Team News: Michael O’Connor returns from injury but John Martin misses out after picking up a knock in last week’s match in Tolka Park. Jake Davidson continues to quarantine while Jack Larkin has joined Wexford FC on loan.

Streaming Options: The match is available on the league’s new streaming platform, WatchLOI! Access every game with your very own WatchLOI Season Ticket. Details: https://www.watchloi.ie/packages