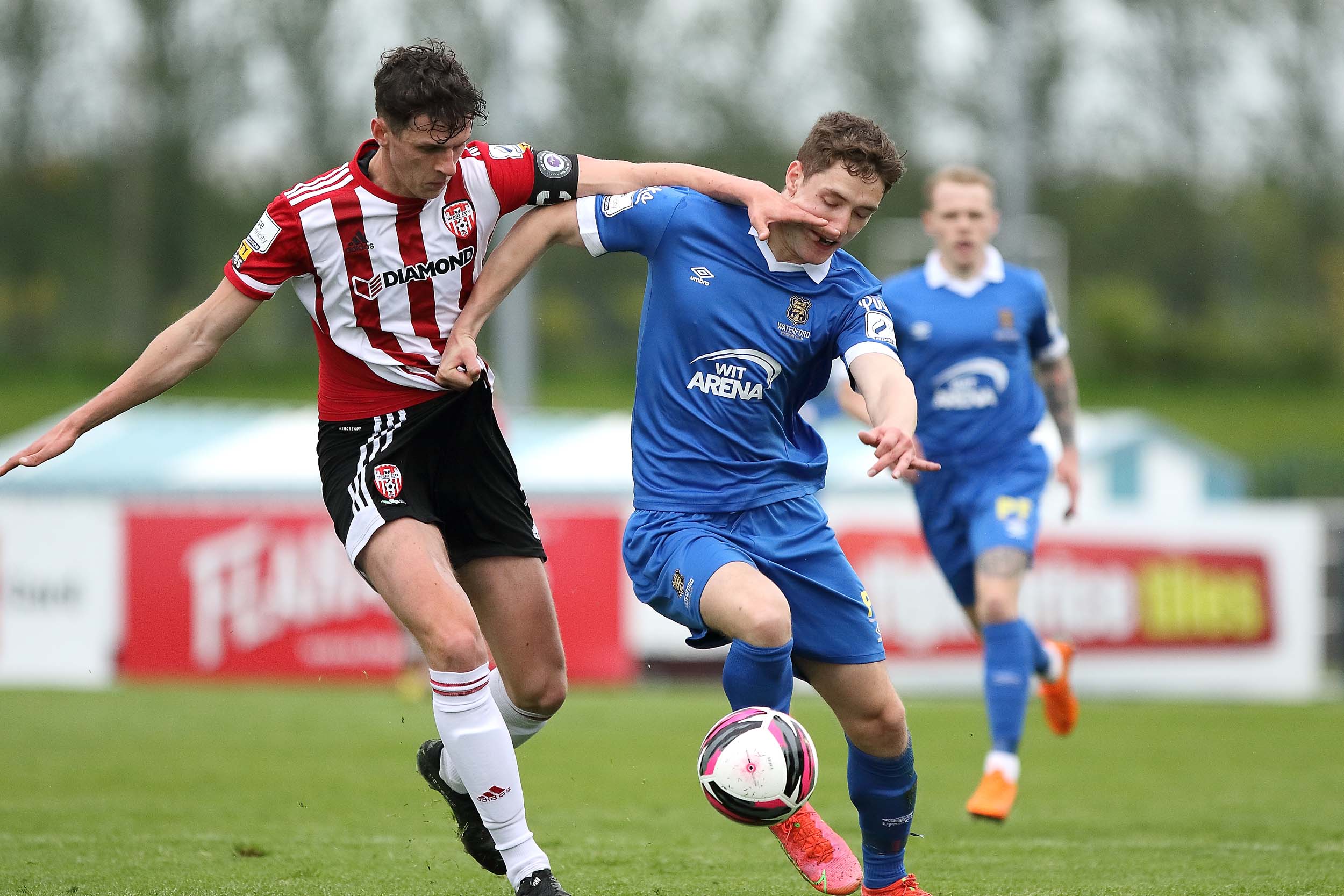 It’s back to league action for Waterford FC this Friday with the visit of Drogheda United to the RSC.

The Blues come into the game having booked their place in the Extra.ie FAI Cup semi-final on Friday night with a 3-2 win against UCD. The Blues came from behind twice with goals from Junior Quitirna and Phoenix Patterson, before Prince Mutswunguma sealed the victory in stoppage time to send Marc Bircham’s side to the cup semi-final

The team’s last outing in the league saw the Blues fall to a 2-0 defeat away to Shamrock Rovers.

Drogheda come into the game on Friday on the back of a 3-2 win over Bohemians in Head in the Game Park two weeks ago. Three first half goals saw Tim Clancy’s side take all three points.

The sides last met back in June, when the Blues ran out 2-1 winners thanks to goals from John Martin and Junior Quitirna. The sides last met in the RSC in May when the Louth side won out against a Blues squad made up of the club’s U19 side.

“We were probably a little fortunate to win last week in UCD but we’re delighted to be in the semi final. We had to work hard but we kept going despite the players we were missing for the game.

“Drogheda will prove another tough challenge. They’ve had some good recent results and were very good when they beat Bohemians last time out. So we need to be aware of their strengths and try to get our game going.

“We’ve set a points target that we need to get to and that’s still what we’re looking towards. It’s a cliché but we’re taking it game by game and looking for points on the board. We’re hoping to have some players back from injury but we don’t quite know yet; the players are working hard with the medical staff and we’re hopeful.”