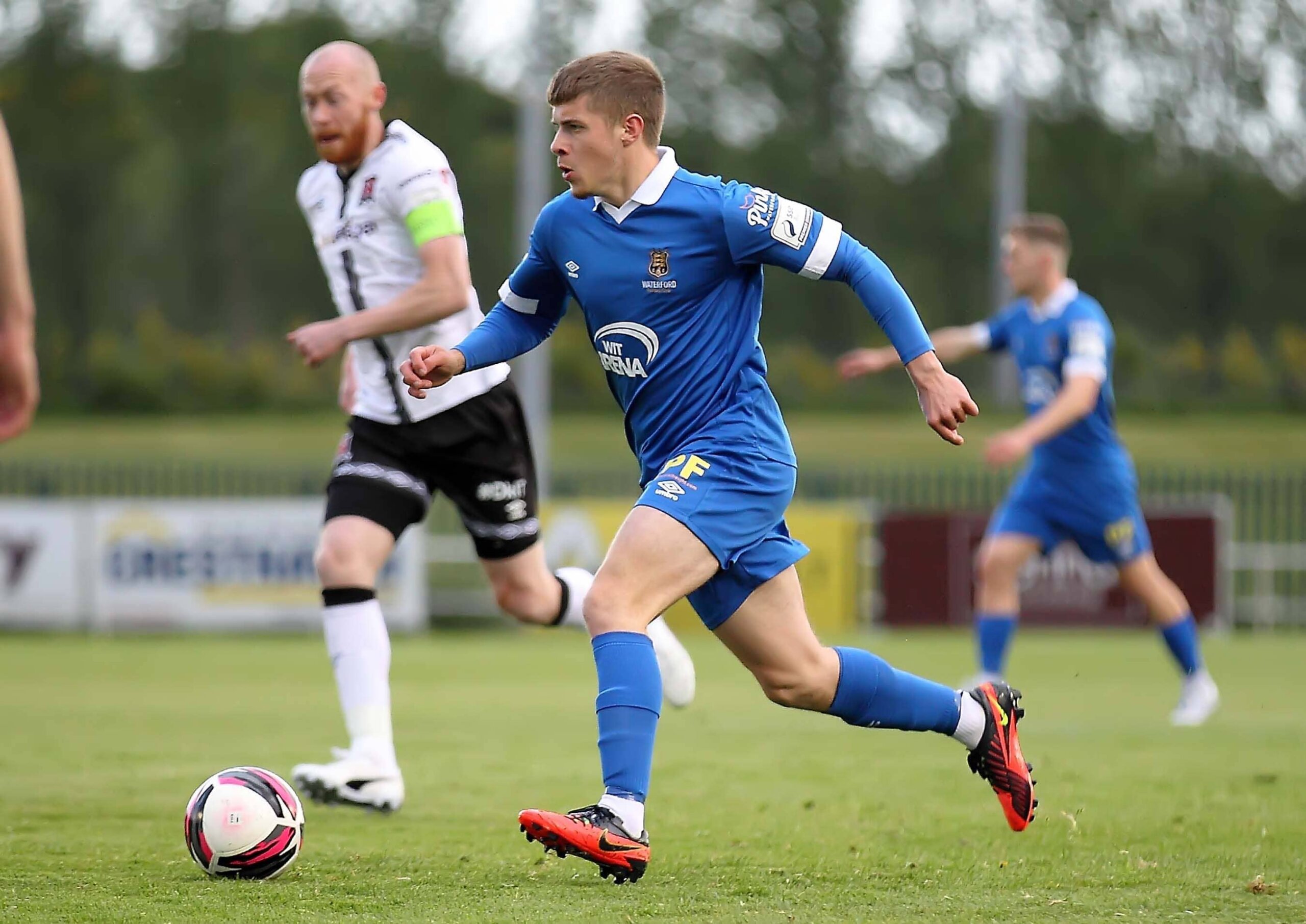 Waterford FC are back in league action this weekend as Dundalk visit the RSC for a vital clash on Friday night.

The Blues backed up their recent league win over Longford with a comprehensive 4-1 FAI Cup victory over Kilnamanagh last Friday night in the RSC. A brace from John Martin either side of halftime along with goals from Cameron Evans and Phoenix Patterson ensured the Blues progressed to the next round of this year’s FAI Cup, as Marc Bircham’s Blues look to end a 41 year wait for cup silverware.

Friday’s clash with Dundalk sees 9th play 8th in the league table, with Dundalk sitting one point behind the Blues albeit with two games in hand.

The visitors come to the RSC on the back of a 5-1 victory over non-league side St Mochta’s in the FAI Cup. The Lilywhites’ last outing in the league saw Vinny Perth’s side fall to a 2-1 defeat at home to Drogheda United the previous week.

“It was important last week to get ourselves through into the next round of the cup but straight away our planning turned to this Friday against Dundalk. We played well last week and deservedly won so we’ll look forward to that quarter-final match when it comes around.

“This week is a big game again. People will say Dundalk are down near the bottom of the table but they have some quality players in their squad so we have to prepare properly for that.

“They have games in hand on us so we want to give ourselves the best chance to keep picking up points and look to move up the table.

“We’re hopeful of having a bigger crowd than previous games too so that will really drive the players on. They thrive on a big crowd getting behind them; we know how much the fans love this club and I know the players will give everything for another three points.”