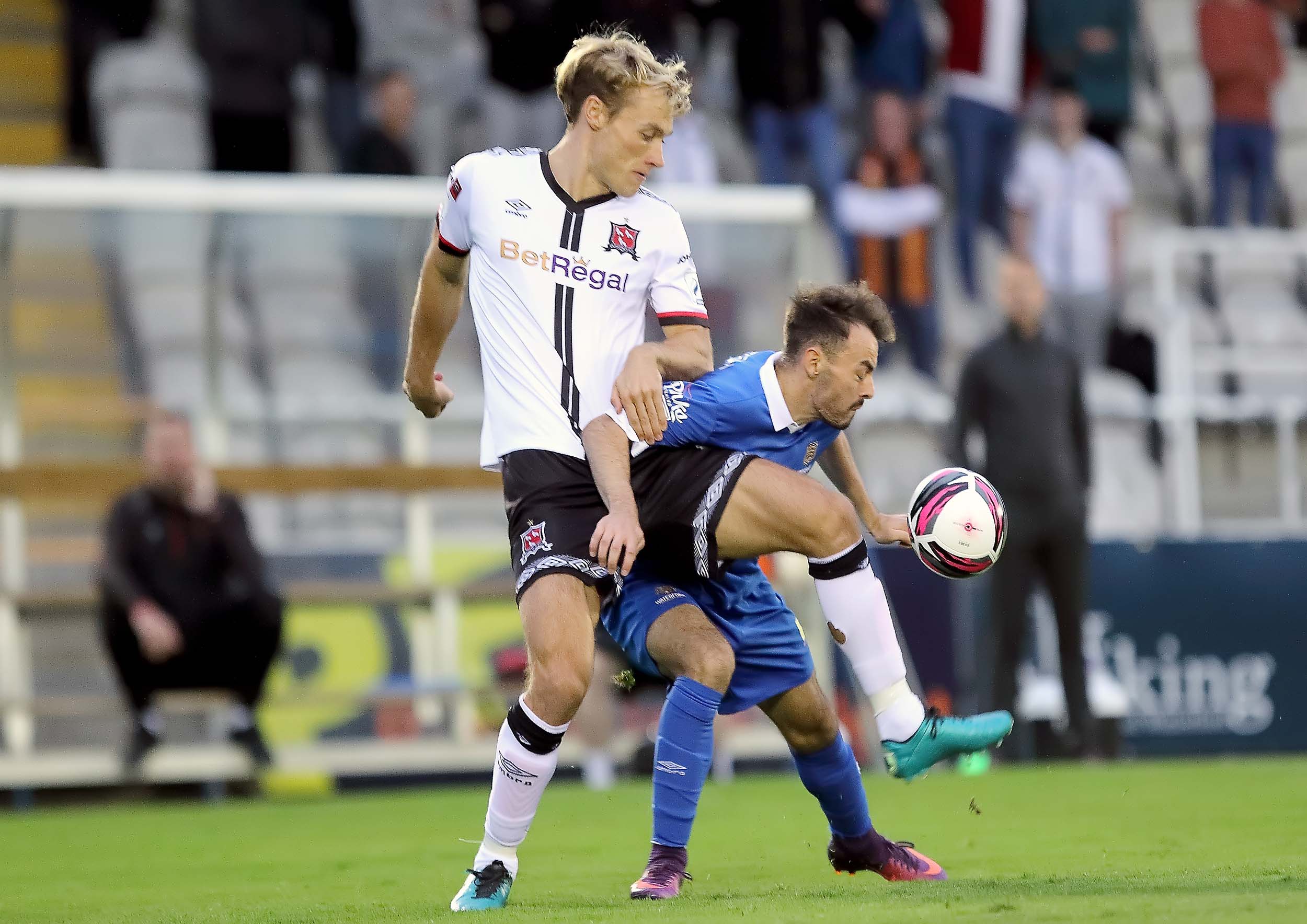 The Blues come into the game having fallen to a 2-1 defeat to Munster rivals Cork City last weekend in the RSC when a last minute spot kick secured all three points for the visitors. Danny Searle’s side are in good form despite that defeat, with wins against St Patrick’s Athletic, Treaty United, Galway United and Malahide United.

The last 16 round match in the FAI Cup saw comprehensive 6-0 win over Malahide United in Gannon Park.

Goals from Shane Griffin, Roland Idowu, Phoenix Patterson, Darragh Power and a brace from Wassim Aouachria saw the Blues book their place in the quarter-final stages of this year’s competition.

Dundalk, who sit third in the Premier Division, have beaten Longford Town and Wexford FC on their route to the quarter final.

The sides last crossed paths last season when Dundalk took the points in a 1-0 win over the Blues in Oriel Park. The home side took the lead in first-half stoppage time when Daniel Kelly found the back of Paul Martin’s net from a well-worked corner.

From The Dugout: Speaking ahead of Friday’s match against Dundalk FC, head coach Danny Searle said:

“We’ve shown already in the league and Cup competitions that we can be a match for any team on our day and we have to be at it from the start to give ourselves a chance.

“Dundalk are third in the Premier Division and only six points off the top so this is a massive challenge for us but it’s one the players relish. We want to play in big matches and a Cup quarter final against a top team is exactly what we want.

“We know Stephen [O’Donnell] and Dave [Mackey] will have done their homework on us and that’s part and parcel of the game. They’ll have their side set up to get into a Cup semi final and we’re no different. We’ve done our homework and we can’t wait to get on the pitch and play.”

Team News: Brian Murphy and Eddie Nolan continue to miss out through injury.