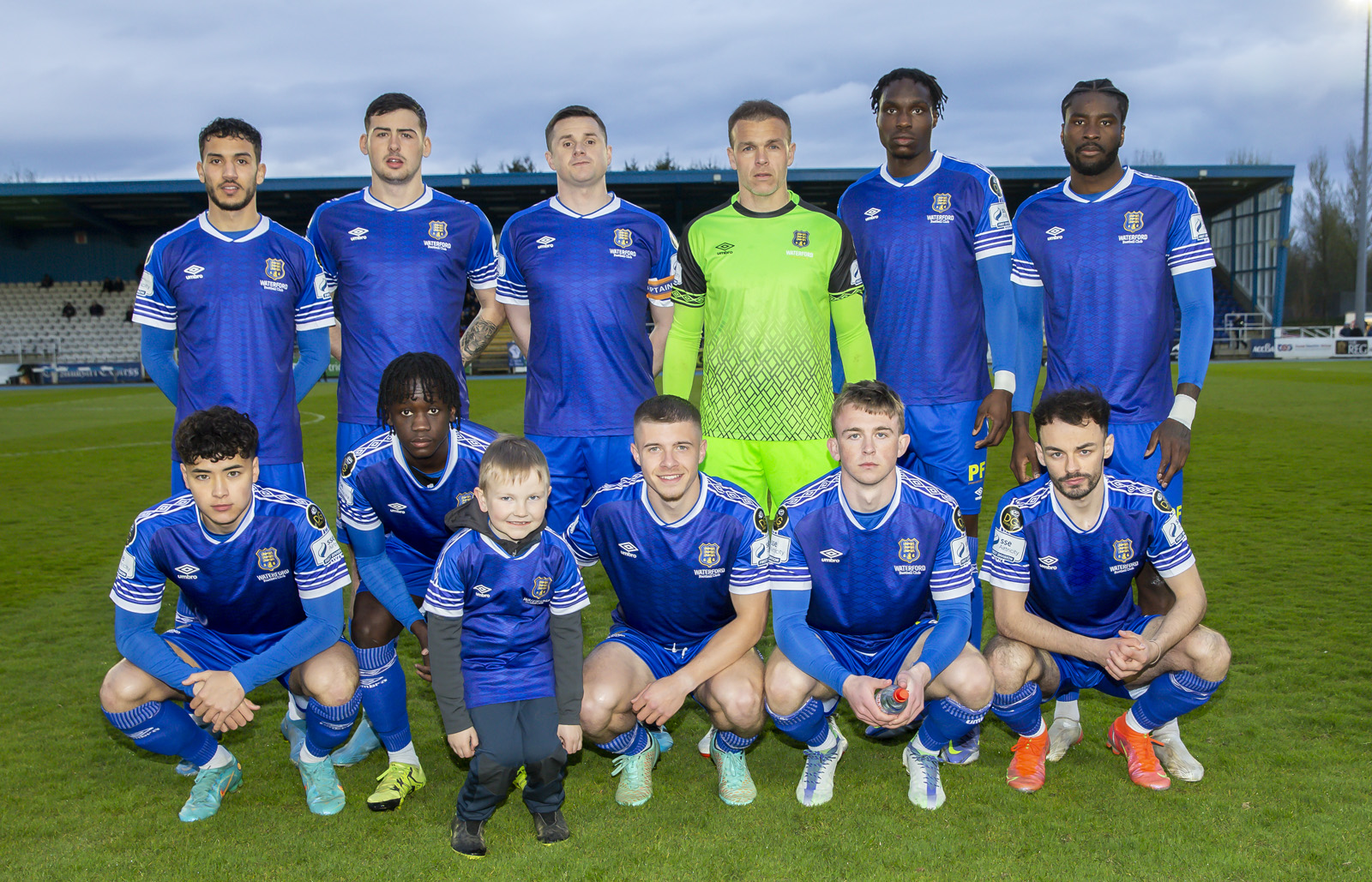 Waterford FC kickstart a bumper weekend on Friday night with the visit of Galway United to the RSC for a 7.45pm kick off.

The Blues come into the game on the back of a fully-deserved 4-0 win on Friday night in Cobh. Goals from George Forrest (his first in the league), Cian Kavanagh and a brace from Phoenix Patterson made sure that all three points came back to Waterford.

That win followed a point the previous week against Longford Town and sets the Blues up well for two tough games against Galway United and Cork City this weekend.

Friday’s visitors Galway travel to the southeast on the back of a 1-1 draw with Wexford FC in Eamonn Deacy Park last weekend; a late goal from Stephen Walsh claiming the point for the Tribesmen.

The side’s last meeting in the RSC came back in 2019 in the second round of the League Cup. The Blues took the lead on 32 minutes when Darryl Walsh found the back of the Galway net. The visitors levelled things up on 57 minutes through Jeff McGowan before Cory Galvin scored the winner on 66 minutes to ensure the Blues progressed to the next round.

The Blues let a two-goal lead slip in Galway earlier this season so will be looking for a better return this Friday.

“We’re delighted to be back in the RSC again twice in a matter of days and we’re looking forward to playing in front of our home fans once again.

“We’ll be looking to bring last week’s performance into the weekend’s action. On a tough surface, we showed we can play and deserved the points. We created a lot of good chances and put them away well, showing our attacking play when we’re at it.

“It was a good three points after deservedly grabbing a point in our last home game with our late equaliser. Training has gone well this week and the lads can’t wait to get on the pitch over the weekend.”