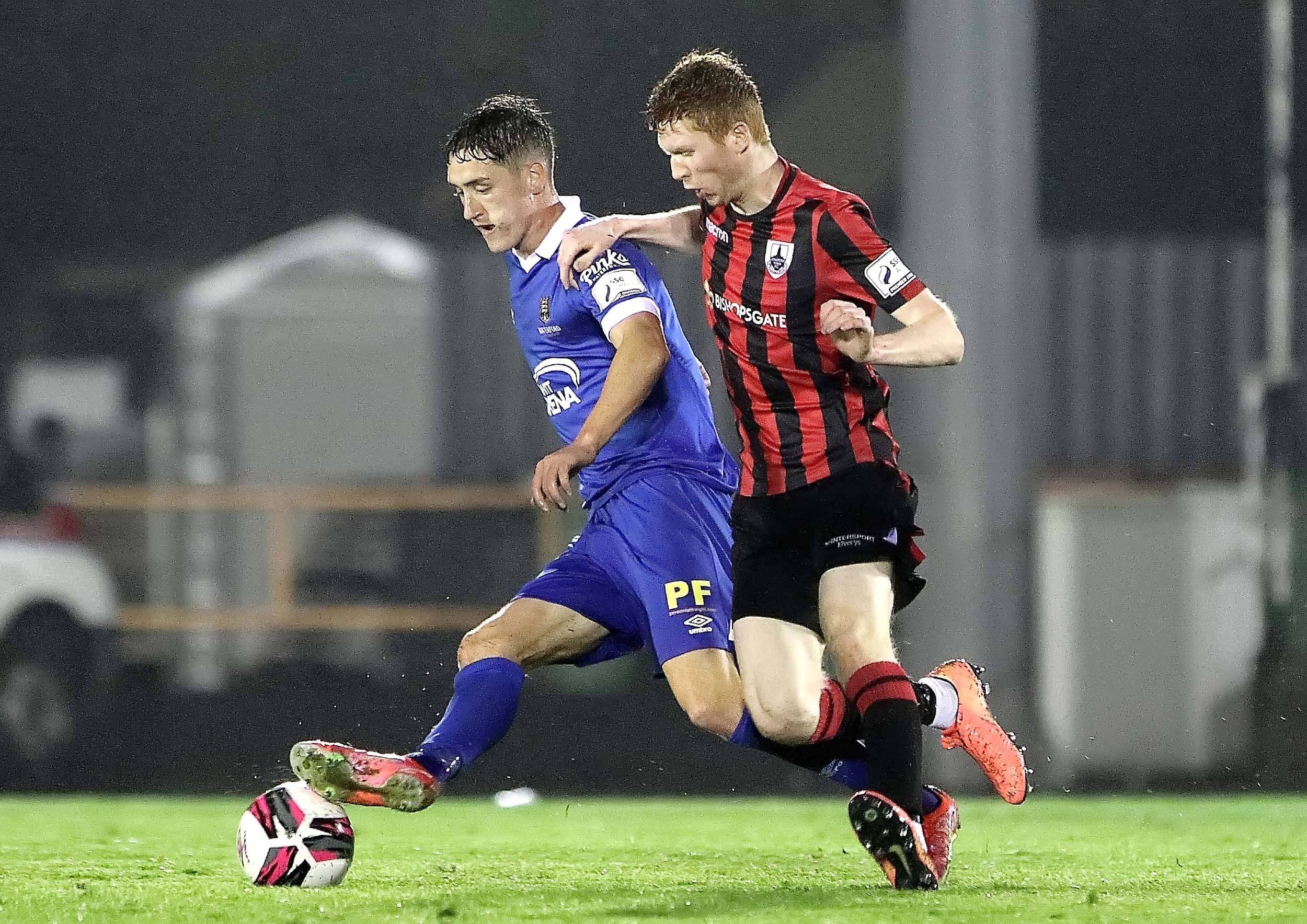 The Blues come into this weekend’s game after a comprehensive 4-1 victory over Longford Town last Friday night in the RSC. Two goals a piece from Cian Kavanagh and John Martin saw the Blues pick up another important three points.

Attention then turned to Friday’s FAI Cup tie with Keith Foy’s Kilnamanagh AFC looking to cause an upset. The visitors beat St. Kevin’s Boys 4-1 in the First Round last month and boast former League of Ireland stars including Gary McCabe, a Cup winner, Conor Kenna and former Blues defender Gavin Kavanagh among the experienced visiting squad.

The Blues last outing in the 2021 FAI Cup came in the shape of an enthralling away tie with Athlone Town back in July, with the Blues progressing on penalties after the game finished 4-4.

“Getting the points last week [v Longford Town] was most important and we did that well. The conditions didn’t make it easy but we worked hard, scored some good goals and got the points.

“Friday [v Kilnamanagh] will be another tough game and we certainly won’t be taking it for granted. They’ve got lots of League of Ireland experience in their squad and even a Cup winner, so we know we have to be on our game to progress. They had a good win in the First Round so we can’t be complacent.

“I spoke before the last round [v Athlone] about the Cup and it’s a competition we want to do well in. Our league form has been good but the Cup creates a different focus. We want to win but we expect Kilnamanagh to have a right go with the talented players they have.”

Team News: Anthony Wordsworth is suspended after his sending off in the First Round while Niall O’Keeffe (five yellow cards) is also suspended. Shane Griffin and Junior Quitirna are doubts following knocks in training, while Paul Martin and Daryl Murphy miss out.