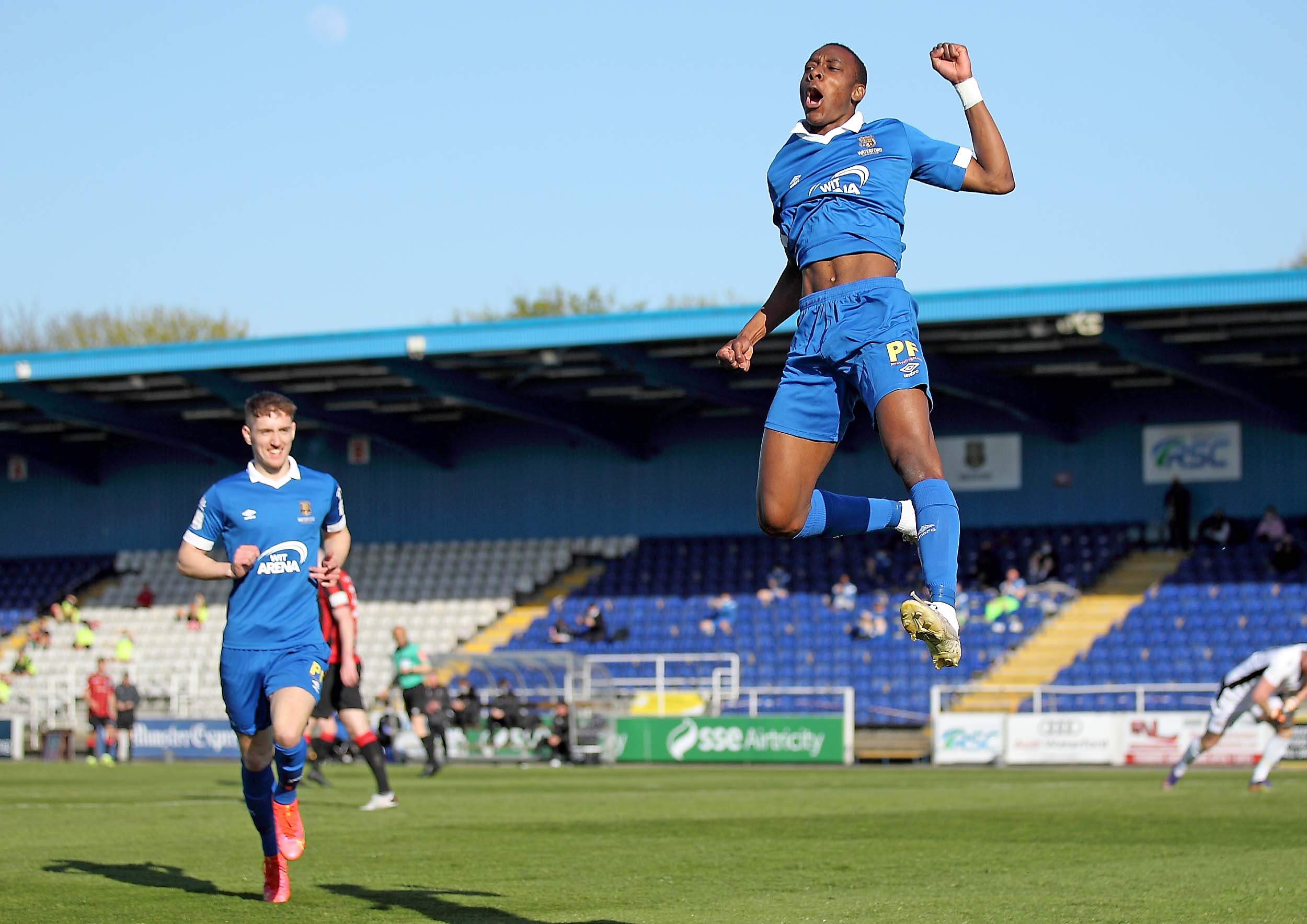 Waterford FC will look to bounce back to winning ways on Friday night when Longford Town visit the RSC.

The Blues come into this weekend’s game after a narrow 2-1 defeat against St. Patrick’s Athletic last Friday night in Richmond Park. Goals from Mattie Smith and Nahum Melvin-Lambert either side of the interval saw the home side take a two-goal lead before Junior Quitirna pulled one back for the Blues from the penalty spot on 63 minutes.

Despite the defeat, the Blues have been in good form of late with four consecutive league wins before last week’s defeat to high-flying St Pat’s.

Friday’s opponents Longford Town come into the game having lost 3-0 to Finn Harps last weekend in Bishopsgate. The sides have met twice this season in the league with the Blues coming out on top on both occasions. A single goal from Prince Mutswunguma after eight minutes saw the Blues take all three points when the sides met in the RSC back in April.

The Blues have enjoyed good recent results against the Midlands club winning the last 5 encounters in competitive football – Longford’s last win coming back in the 2016 FAI Cup.

“Lots of our play was really good, it maybe let us down in the final third but that’ll come – we’re working on improving and we’re getting there.

“We want to start another run but we certainly won’t take anything for granted against Longford. Playing the teams around the bottom, like ourselves, Finn Harps, Longford, are often just as hard as playing the teams at the top. From what we’ve seen of Longford, they should have more points on the board because they’re a decent side so we’ll plan like always and look to win.

“Confidence is high in the team at the moment. The team performances and individual performance give us confidence but I keep reminding the lads that we haven’t won anything yet; it was a good run and we won some games but this is where the hard work starts again.”