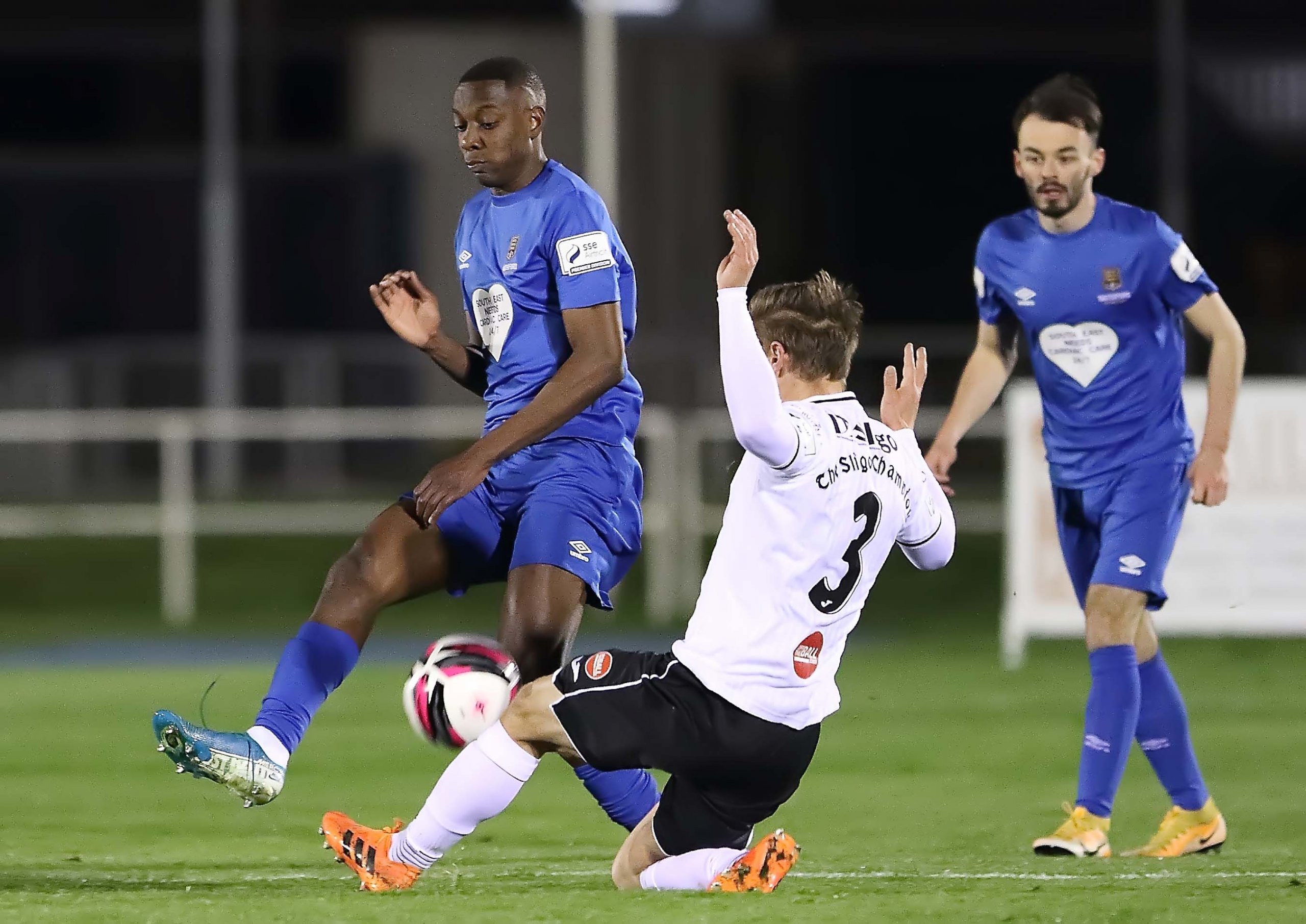 Waterford FC will look to build on last Friday’s win over Finn Harps with the visit of Sligo Rovers and 500 fans to the RSC on Sunday afternoon.

The Blues come into Sunday’s game after a 1-0 win over Finn Harps last Friday night when a Junior Quitirna penalty in first half stoppage time proved decisive in Finn Park. Friday’s win closes the gap between Marc Bircham’s side and 8th place to just four points.

Sunday’s visitors Sligo Rovers come into the game on the back of a 1-0 victory over Longford Town at the beginning of the month as they sit 3rd in the league table. Since their last outing in the league, Sligo were in Europa Conference League action where they lost 3-1 on aggregate over two legs against FH Hafnarfjordur.

The sides last met back in March when Sligo ran out 2-1 winners in the RSC despite Cian Kavanagh giving the Blues an early lead after just 5 minutes. Of the sides last 12 meetings, the Blues have the better record with 5 wins and 4 draws. Prior to this season, Sligo hadn’t won in the RSC since the 2013 FAI Cup.

“Everyone was delighted with the win last Friday evening. It was a big game for us and everyone battled hard to take the three points. We knew it was going to be tough but the players showed great mental strength to battle on for three points.

“We have had a good week in training. The new bodies have fit in well and everyone is focused on the same objective. Picking up points is the priority and we’ve set some targets along the way that we want to meet.

“Sligo are a top side. They are pushing the teams at the top end of the league for a reason. We know they will come down here and be very well organised and ready to play ball. That said, we know if we play as well as we’re capable of, we can make life difficult for any team coming to the RSC.

“It’s also great to see that we can have 500 fans back in the ground on Sunday. You could see what the atmosphere was like over the last few weeks when we could have 200 fans in, so I’m looking forward to seeing that going up a notch. Hopefully it won’t be much longer before we can have bigger attendances and use it to help drive the boys on.”