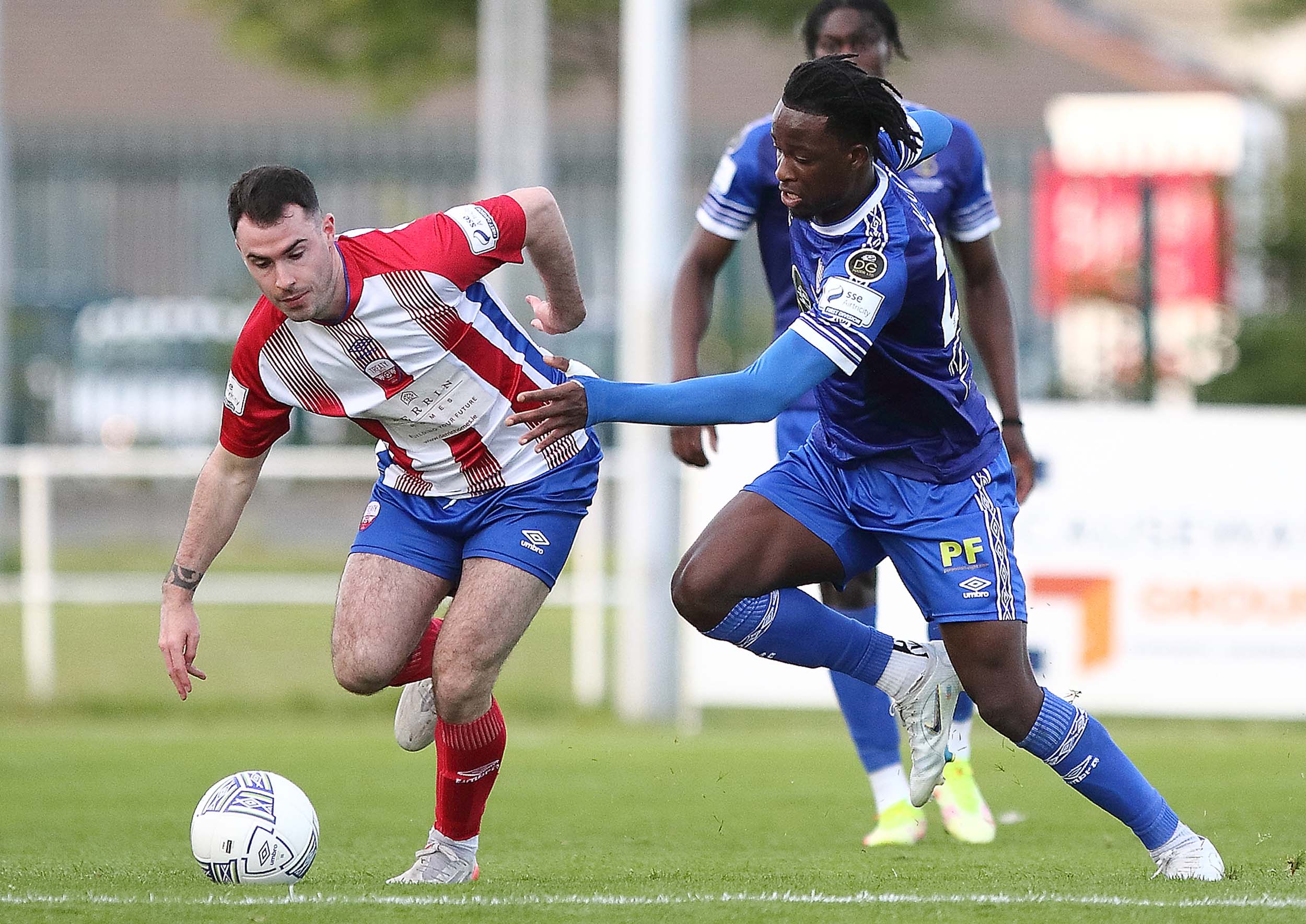 Waterford FC return to the RSC on Friday night welcoming Treaty United in our second-last First Division match of the season.

Danny Searle’s side come into the game on the back of a 2-1 win on Monday evening against Longford Town in Bishopsgate, for a fourth consecutive win.

The home side took the lead early on through a Matthew O’Brien wonder-strike after four minutes before a pinpoint Phoenix Patterson freekick and a smart Wassim Aouachria finish inside the opening 20 minutes earned the Blues the three points.

The Blues ran out victorious the last time these sides met in a 2-1 win over Barrett’s Treaty. Tunmise Sobowale gave the Blues the lead after 18 minutes; the fullback finding the net from 20 yards. The Blues doubled their lead after 26 minutes when Darragh Power scored his first senior goal with the club, before a Paul Martin penalty save ensured the Blues went in at the break with a two-goal cushion.

The home side halved the deficit when Success Edogun found the back of Martin’s net, but the goal proved a mere consolation.

From The Dugout: Speaking ahead of Friday’s match against Treaty United, head coach Danny Searle said:

“Monday night [v Longford] was another game we’re happy to pick up three points in. We know we can play better but our reaction to going behind early was excellent. We got on the ball, got two goals and that turned out to be the winning margin in the end with some good defending needed.

“That’s four wins in a row and the form we need coming into such a busy few weeks. We have lots of games but that’s a good sign when we’re still in contention for the Cup and promotion.

“Treaty United have had an excellent season under Tommy [Barrett] and have a Cup Semi final and likely promotion play-offs to look forward to also. They beat Premier Division UCD in the Cup as well as wins over Bray and Cobh, with draws against Galway and Longford so we know [this] will prove a tough match.”

Team News: Brian Murphy and Eddie Nolan continue to miss out through injury, although the latter has begun some light training with the squad.