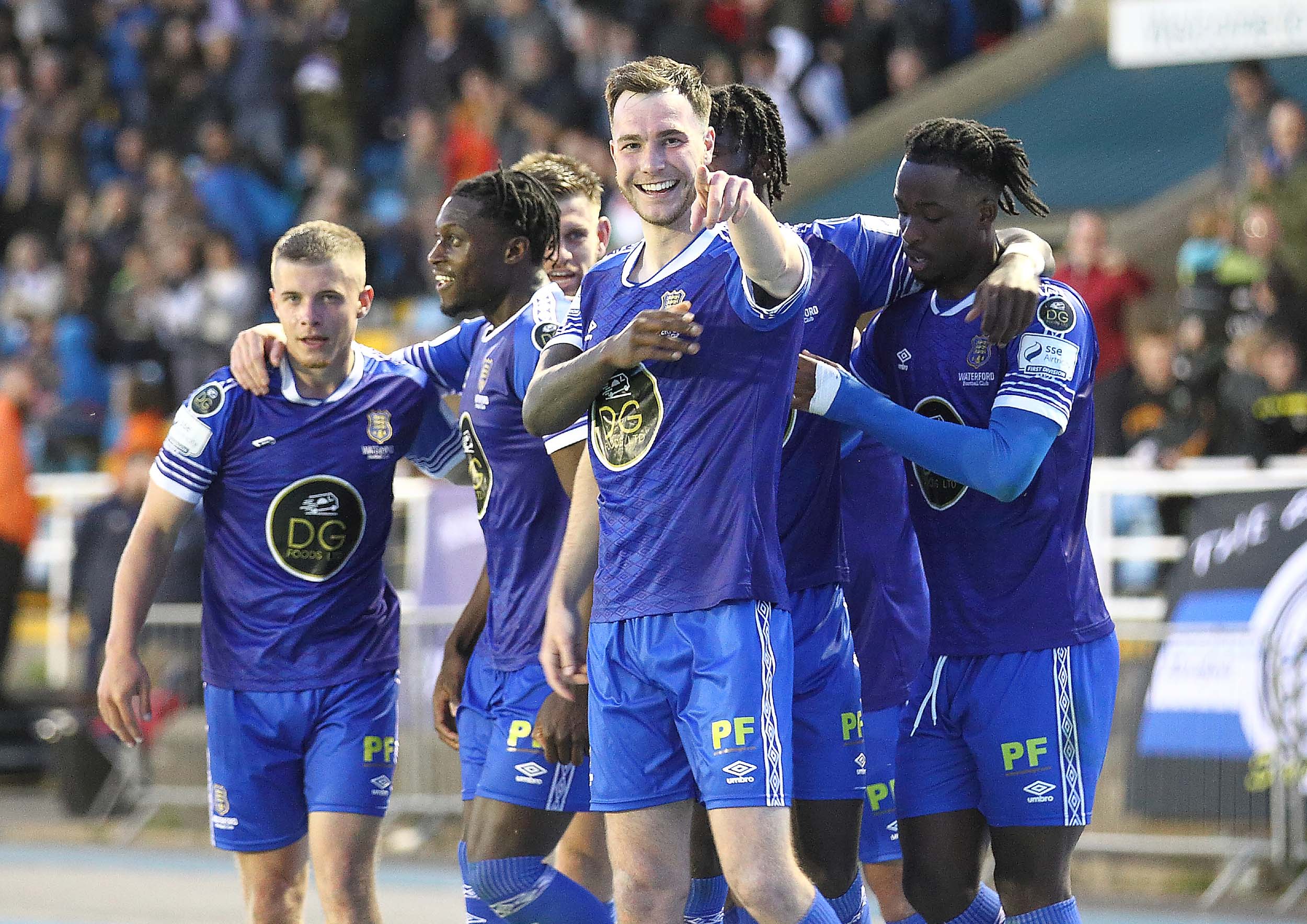 Waterford FC welcome Treaty United to the RSC on Friday night looking for a sixth win on the bounce.

The Blues come into Friday’s match on the back of a 3-0 win against Longford Town in Bishopsgate last Saturday night.

A first-half own goal followed by goals from Phoenix Patterson and Cian Kavanagh ensured the Blues picked up a fifth successive win.

The Blues took the lead after 13 minutes in bizarre fashion as a backpass to Luke Dennison in the Longford goal was misjudged by the keeper with the ball rolling into the back of the home side’s net.

The lead was doubled after 77 minutes with a terrific effort from Phoenix Patterson as the 21-year-old brilliantly fired low into the bottom left corner. The points were wrapped up in injury time with a Cian Kavanagh converted spot-kick after the striker was pushed in the back in the Longford 18-yard-box.

This weekend’s visitors Treaty United drew 2-2 with Cobh Ramblers on Friday night. The Limerick side came from behind to earn a share of the spoils thanks to a Mark Ludden penalty.

The sides last met back in March in the Markets Field when goals from Matt Keane and Enda Curran saw the Limerick side take all three points.

Blues currently sit in third place in the league; Treaty sit in 5th place, 10 points behind the Blues.

From The Dugout: Speaking ahead of Friday’s match against Treaty United, Assistant Manager Gary Hunt said:

“It has been an up & down season so far but we are all eager to keep moving forward with the momentum created in recent weeks. The previous fixture this season in Markets Field proved to be a difficult result for us, albeit we probably performed better in the latter stages with ten players.

“Last week’s game in Longford was a fantastic result for the group which allowed us to continue our winning run, making it five wins on the bounce. It is important to not get carried away though as the points dropped earlier this season leaves little room for error. A positive result will take us into the break and ready for our return trip to Turners Cross in two weeks’ time.”