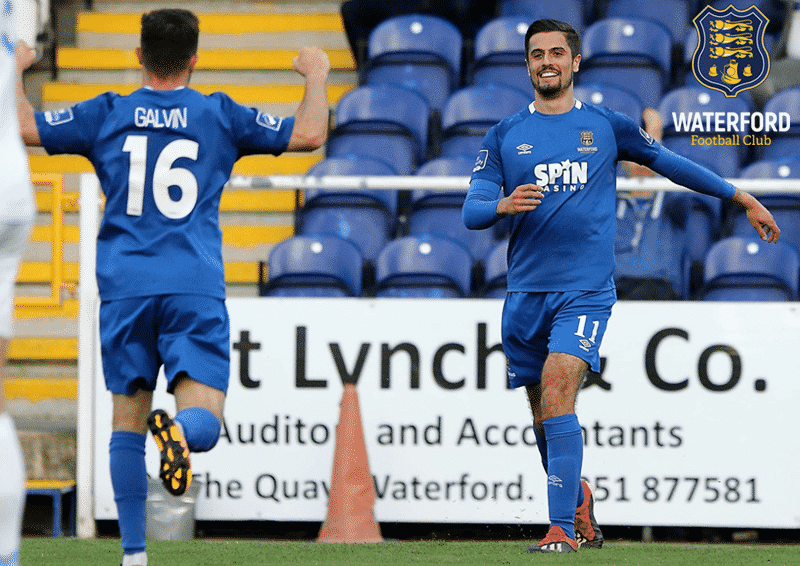 Waterford FC play their final game of the 2019 campaign this Friday night with UCD the visitors to the RSC.

The Blues have been a good form over the past few weeks with wins over Cork, Bohemians, St Pats and Sligo Rovers but defeat last week away to Finn Harps put a dent in a good run. Joshua Smith scored the only goal of the game as Harps held on to earn the points.

The Blues and UCD have met three times this season, with Zack Elbouzedi grabbing the winning goal the last time the sides met in the RSC. The teams last faced each other back in July when a Dean Walsh strike four minutes from time ensured the Blues took the points with a 2-1 win. UCD had won the opening meeting between the sides.

The recent run of good form has left the Blues in a position to try leapfrog Sligo in the table, depending on results on Friday.

“It’s the final match of a season that we’ve seen plenty of ups and downs but we’re looking to finish on a high.

“I fully expect Maciej and UCD to have a good go at us on Friday night, there’s nothing to lose for them but we want to win and finish the season in the good form of the past few weeks.

“UCD have beaten us already this season and the other two games were tight contests so we’re not taking anything for granted and we’re preparing like we always do.”

Team News: Kenny Browne continues to miss out through injury. The Blues are expected to be without Georgie Poynton (hamstring), Paul Martin (broken wrist), Cory Galvin and Sam Bone (both sick).