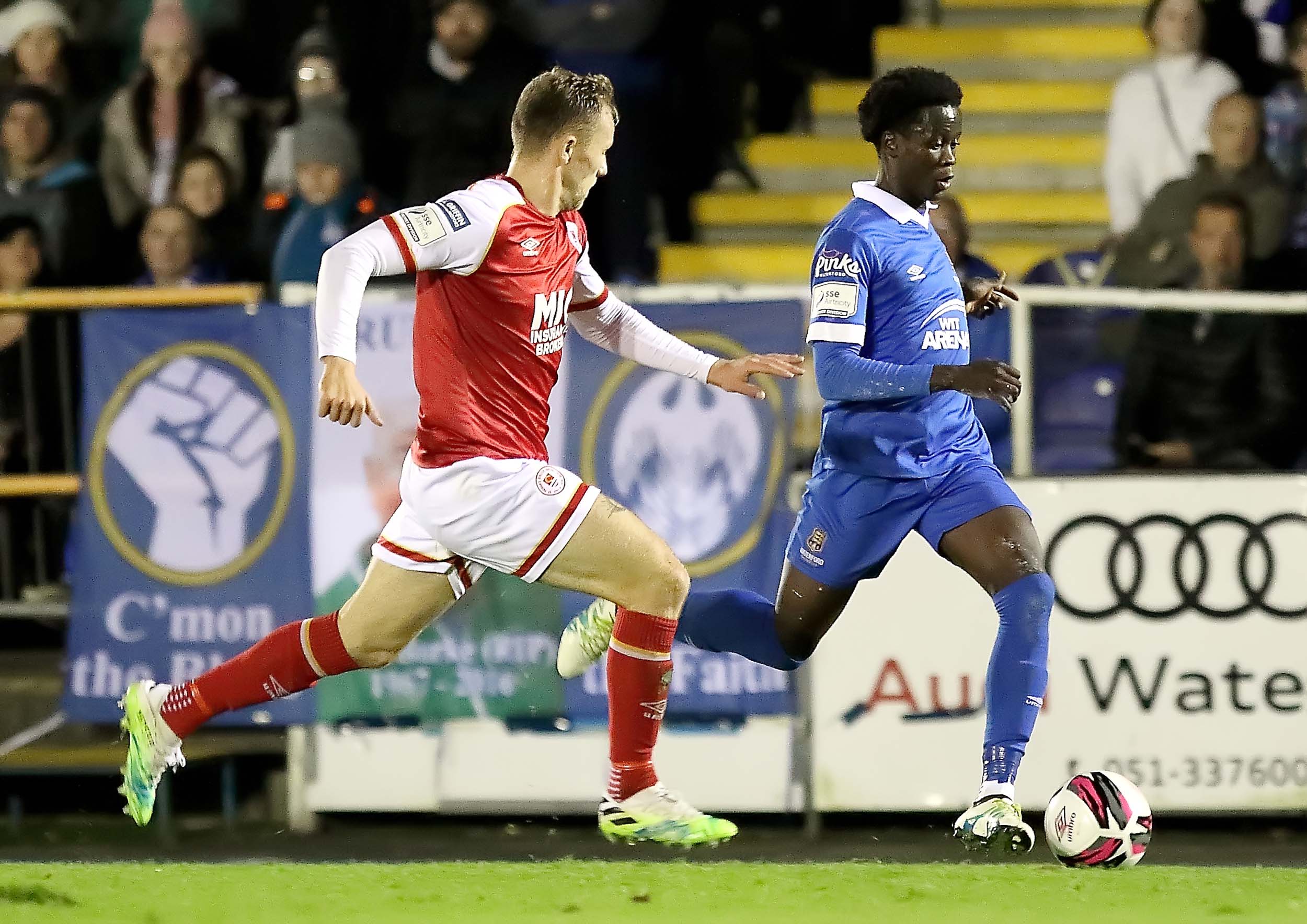 Waterford FC make the trip to Richmond Park this Friday to face UCD in the Promotion/Relegation Play-Off.

This week has seen Ian Hendon join the club to support Dave Bell and the coaching staff following the departure of Marc Bircham.

On the pitch, the Blues come into the game on the back of a scoreless draw on Friday night against St. Patrick’s Athletic in the RSC, leaving the Blues in the play-off spot with Finn Harps beating Longford to avoid the play-offs.

UCD come into the game on the back of a 2-0 win over Bray Wanderers on Friday night. The Students finished third in the First Division before seeing off Treaty United and Bray in the play-offs.

The sides last met back in September in the Extra.ie FAI Cup when the Blues ran out 3-2 winners. Goals from Junior Quitirna, Phoenix Patterson and Prince Mutswunguma saw the Blues progress to the next round of the Cup, despite the Students taking the lead twice.

The Blues have come out as victors in their last four meetings; UCD’s last win coming back in April 2019 in the Premier Division.

“It’s a massive game. We said four months ago if we got a play off from the position we were in, I think we’d be doing well. Our form has been that good that we got a lot of hope that we would get out of it but we just ran out of games in the end.

“We’ve played them [UCD] already so we’re not going in blind, we know what they’re about but they’ve got very good attacking players so we need to be at our best.

“It’s not normal circumstances this week for the players because of the behind the scenes stuff, but at the end of the day we’re paid to play football and we’ll regroup the lads. We’ve had good training sessions and we’ll know how we’re going to approach Friday and give it a good shot.”