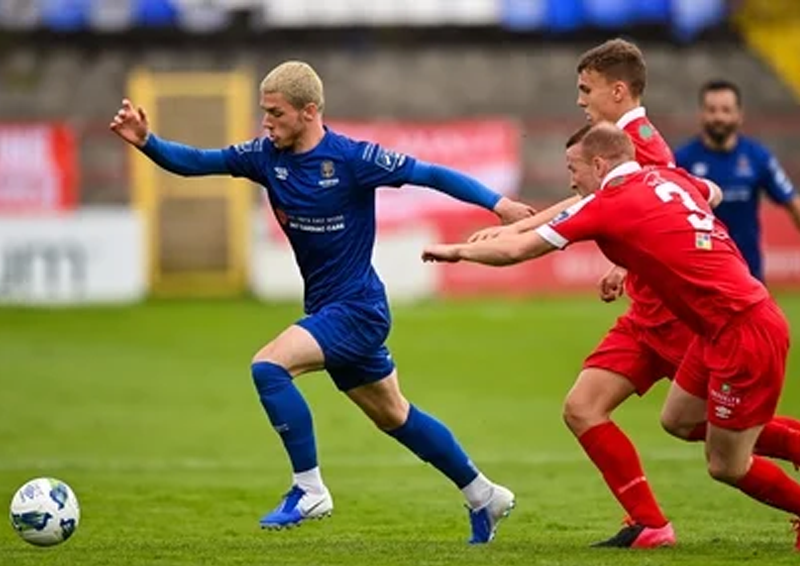 Waterford FC continued their pre-season campaign on Sunday last, as the Blues played out a nil-all draw against Shamrock Rovers in the RSC, in a game commemorating the late Shamie Coad.

It was the Dublin club that started on the front foot when a corner kick found the head of Graham Burke on ten minutes after a Jack Byrne delivery, but his header went over Tadhg Ryan’s crossbar.

Last years league runners up could have opened the scoring on 17 minutes when Aaron McEneff done well down the right side to put the ball on the head of Ronan Finn, but his header was cleared off the line by Darragh Power.

Graham Burke forced Ryan into a fine save with 33 minutes on the clock as Rovers continued to boss the game. The centre forward took possession of a loose ball 30-yards from goal, but his left-footed effort was straight down the throat of the Blues shot-stopper.

Graham Cummins had a half-chance for the Blues soon afterwards when he found space inside the area after advancing for a corner kick, but his goal-bound effort was blocked by Lee Grace.

New signing Ali Coote did well for the hosts on the hour mark when he cut in from the left, but Roberto Lopes blocked out his effort.

It was Shamrock Rovers that created a chance to take the lead on 69 minutes when Graham Burke spotted the run of Brandon Kavanagh out on the left-side and after turning onto his right foot, his shot was well dealt with by Ryan.

Dylan Watts went agonisingly close to grabbing a winning goal for the visitors on 82 minutes when he beat the offside trap to race onto a through ball from Jack Byrne, but the midfielder struck the outside of the right-hand post to keep the game level.

Blues keeper Tadhg Ryan was forced into one final save with just seconds remaining in the tie when central defender Roberto Lopes latched onto a ball 35-yards from goal, but his well-struck effort was well held by the Blues keeper.