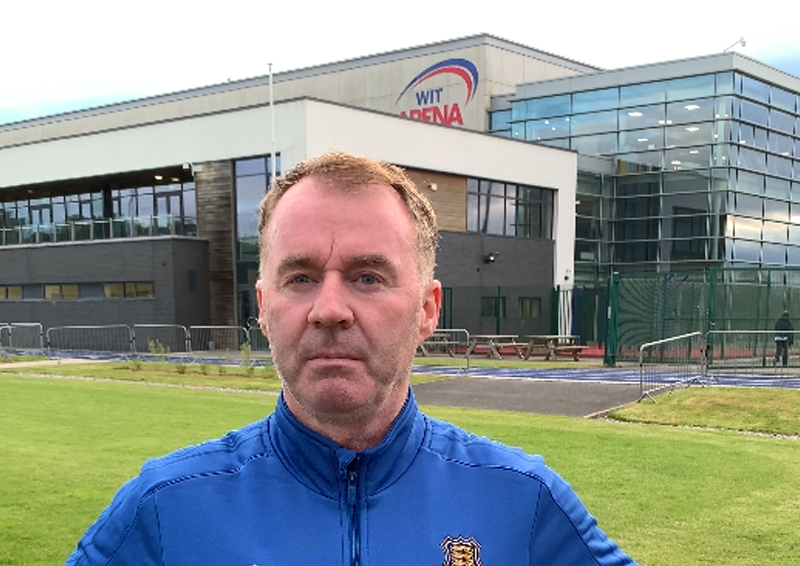 With the resumption of the SSE Airtricity League approaching fast, new Waterford FC manager John Sheridan is challenging his new team to push on and look up the league table.

“First and foremost, we need to try and make sure the lads are in the best shape that they can be in. It’s important we keep everyone fit and make sure we have a full side to pick from for the first game back.

“I want every player to feel that they have a chance at playing in the team and for them to want to impress me on the training pitch to force my hand into picking them.”

Having spent some time away from the game, Sheridan is grateful for the opportunity he has been given in the RSC and is looking forward to stamping his own philosophies into the Blues game.

“I’ve been given a great opportunity to get back into the game, so when the job came around I was biting at the bit. I feel refreshed after being away from the game for a few months so now I’m chomping at the bit to get back in the swing of things.

“I’m a new manager here and every manager will have different ideas. Obviously, I’ll get a bit of insight from Franny (Rockett), but the be-all and end-all is that I pick the right team for us to go out and win games. I really just want the lads to believe, I like the players to be positive and believe they are going to be playing. If I can instil that in them, there will be a better chance of us winning games.

“It’s a massive positive to have someone like him (Dirk) in the background staff, too. Obviously I don’t know too much about Fran [yet], but you can see his enthusiasm. They know the club better than me, so they are going to be huge to what we do here. It’s about the team, not just one person. Hopefully, my experience can add to it. Whoever coaches here will be part of hopefully a successful period in the games we have left.

“I really want to be positive, they have started the season well. Nine points from five games [would be] a good start, so I want to start off on a positive note. I’m a massive believer in man-management skills. If the players come on board with what I’m trying to do, we can be successful.”