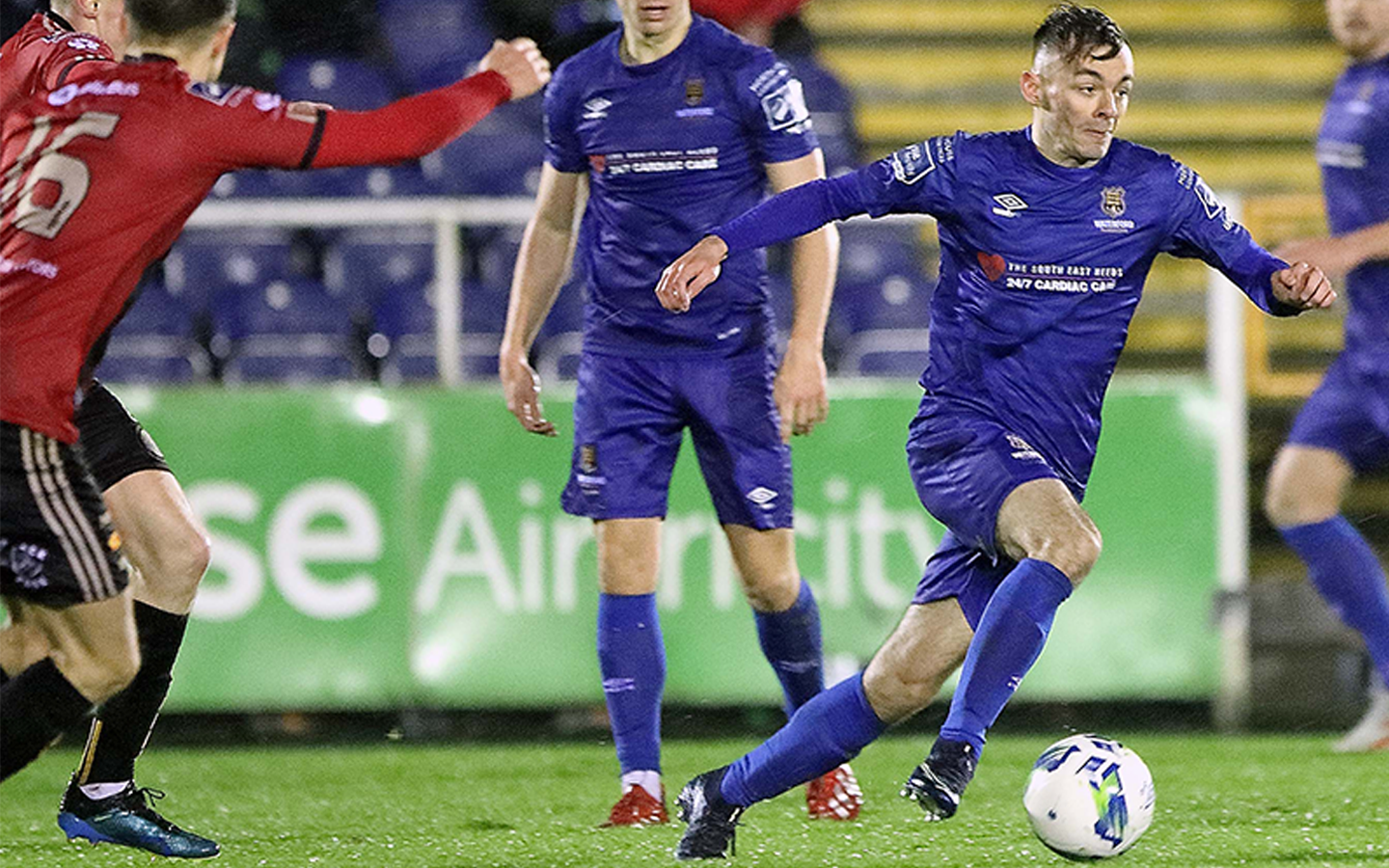 This weekend’s match see’s two teams that are yet to register their first points of the season. Although Derry has had only one game, they will be disappointed with their showing in the loss against Premier division newcomers Longford town. While the blues will have been encouraged by the amount of chances created against Sligo last Friday night, they were again left pointless after two superb strikes by the visitors.

Declan Devine has had two weeks on the training ground to work on any flaws he saw in their 2-0 defeat to Longford on the opening weekend. Derry struggled to retain the ball against the hosts high press and were limited in there attacking efforts all evening. Devine will need players like David Parkhouse to show their quality against Waterford on Saturday evening. The 21-year-old is a fans favourite after a successful loan spell from Sheffield United in 2019 where he was their top scorer with 11 goals, he will look to better his tally this season for his new owners.

Kevin Sheedy and his team will make the long trip to Derry knowing they are in for a tough battle but will take confidence from the fact that they created a number of good opportunities to score against Sligo. The blues will look to convert these opportunities and get a positive result in the Brandywell this Saturday evening.

Injuries: There are no injuries.