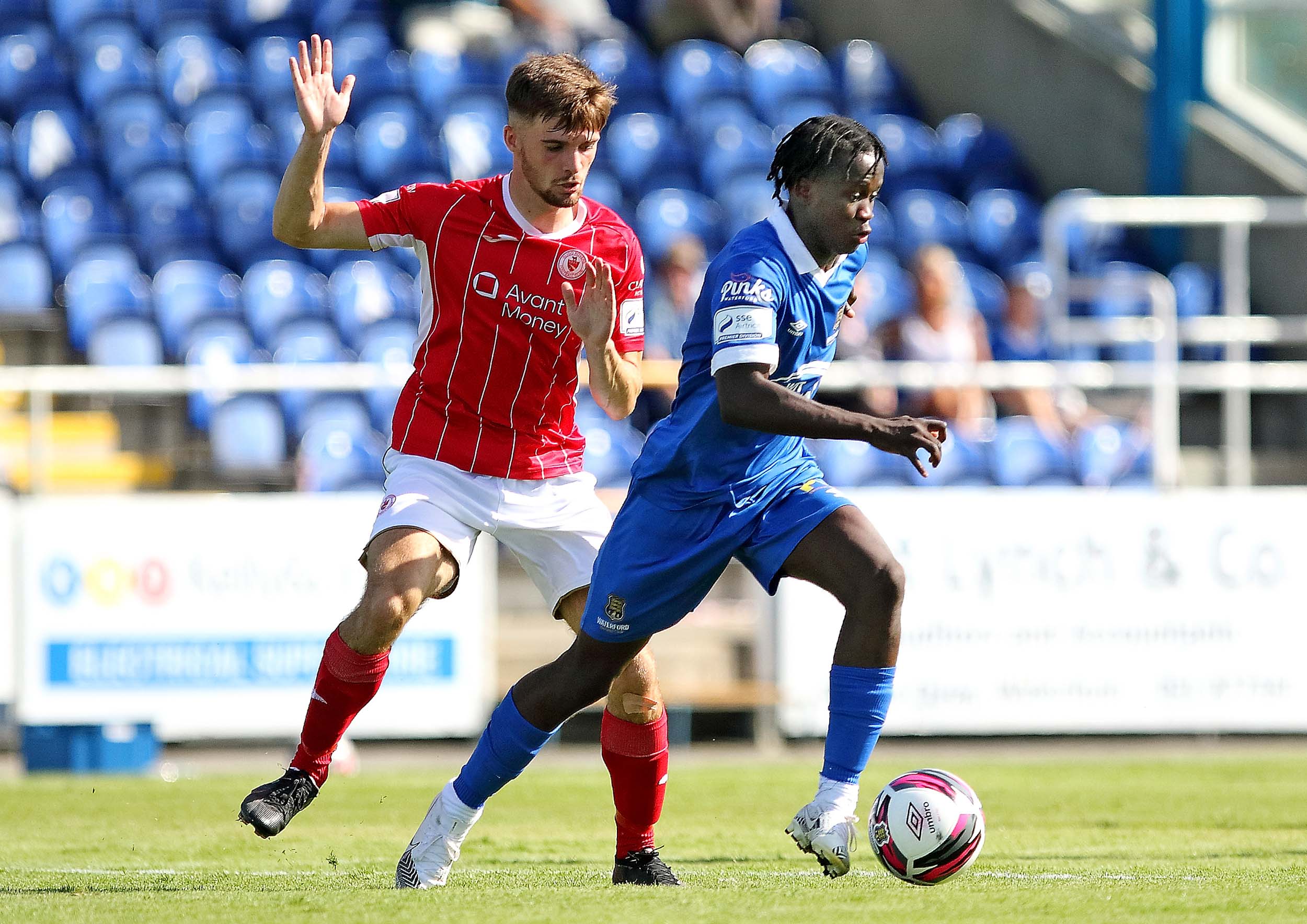 Quitirna Has Mind Set on Another Vital Friday Clash

The tricky midfielder picked up an assist in the game following his bright start to his Blues career. Looking ahead to Friday’s match away to Drogheda United, Junior says the team’s mindset is to go for the three points.

“The gaffer’s mindset is that we go to get three points,” Quitirna told Waterfordfc.ie. “We’ve got to train like we play and that’s been drilled into us – so every time we train we’re training really hard and when matchday comes we’re ready to give 100%.

“Marc has made it clear, even in training, that he’s not resting players. We’ve got to keep on going, whether it’s a cup game or a league game, it’s still the same mentality – win games.

“With the position we are in the league, we’ve got to keep fighting and get points up on the board. Since Marc’s come in, you can see the improvements so he’s having a good effect on the club and the squad.”

The 21-year-old arrived in the RSC in the past weeks and made an instant impact with the winner in Finn Park.

“I’ve found it good,’ Junior said. “Obviously I’ve come here to help the team out and try keep getting points. I take every game as it comes. I’m new here, I’m still getting to know everyone and understand their game but I feel like I’ve adapted well. I’m trying to effect the game and with the assist I got as well, I want to keep impacting the game whether it’s goals or assists, I just make sure I come out of the game making sure I’ve done something.”

Quitirna spent two years at Charlton Athletic before joining the Blues – and admittedly didn’t know too much about the club before joining.

“I didn’t think it was going to be as good to be honest but it’s really good. I didn’t know anything about the league from playing in England, I didn’t know Waterford really. But when I spoke to the gaffer and chairman, they had really good things to say about the club and that got me interested.

However, after last week’s win in Athlone, which Quitirna described as “a hard battle’, the exciting midfielder has his focus firmly set on Friday’s trip to face Drogheda United.