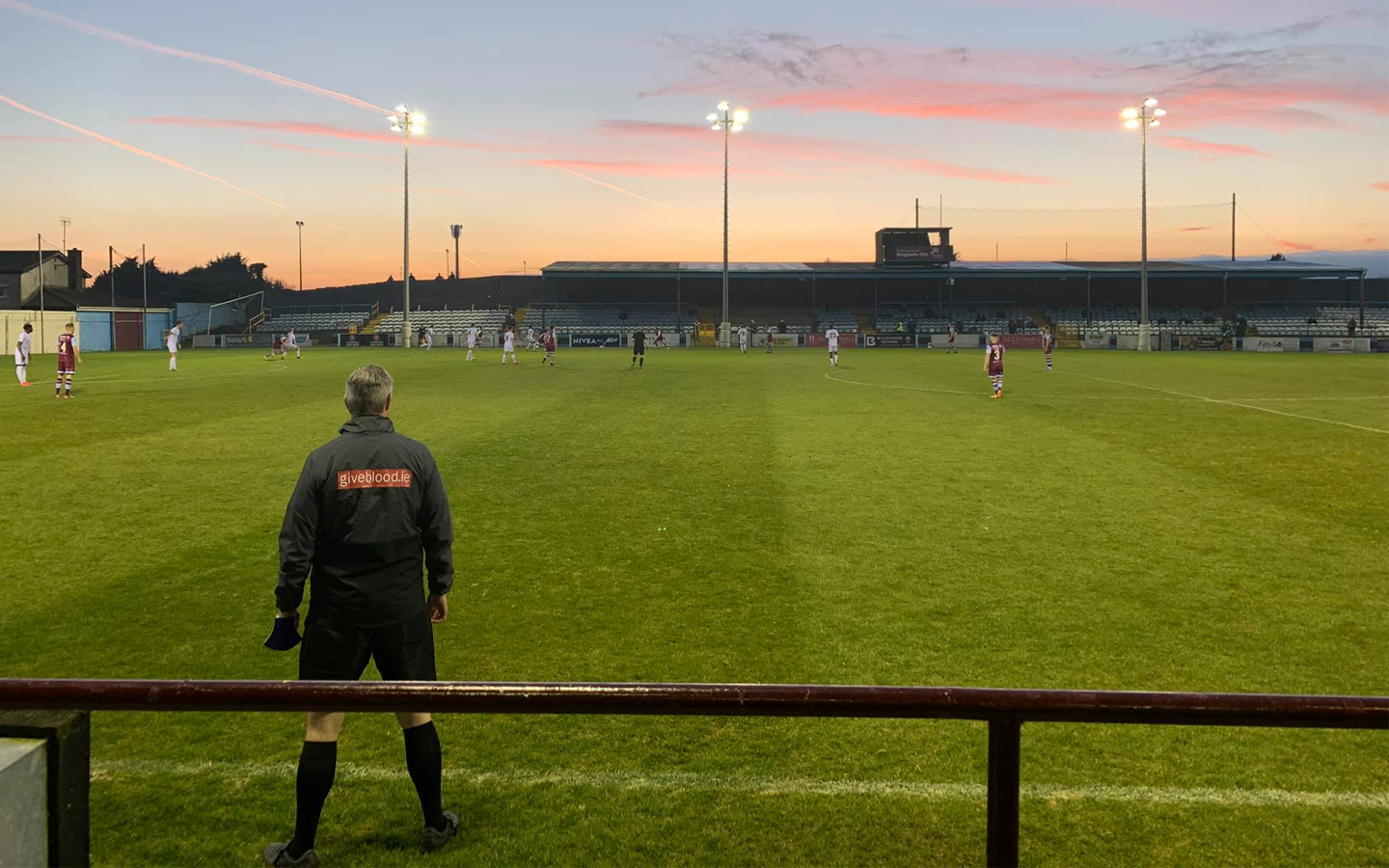 Drogheda score at the death to grab the points in an entertaining encounter at Head in the game park on Friday night. Waterford battled bravely throughout the contest but were unfortunate to concede in the 89th minute via a Cameron Evans attempted block flying into the back of the blues net.

Drogheda started the game brightly with the lions share of possession, leading to Markey and Lyons getting shots away for the hosts. James Brown, who was dangerous all evening, drilled in some fine crosses but the Drogs were wasteful in attack at times. Waterford suddenly sprung to life with Jack Stafford hitting a fine effort from 30-yards that stung the keeper’s palms. The blues took confidence from this and made the most of some needless Drogheda fouling to send in a barrage of free-kicks from Jamie Mascoll, but the host defence stood firm. Markey again went close just before half-time but Murphy was alive to the danger and got down smartly to save.

The second half brought more of the same from Drogheda with Brown and Markey again testing Murphy in goal. Waterford were showing great heart in their defensive play but just couldn’t make the connection between attack and defence to create any meaningful chances. Kevin Sheedy recognised this and brought on John Martin and the experience of Daryl Murphy to try to change the pattern of the game.

Waterford looked to have done enough to take a point, but that man again James Brown whipped in a cross from the right that was aimed for three Drogs men at the back post only for Evans to see his attempt to block fly into the corner of the net.

Heartbreak for Waterford, they will look to put things right when they welcome Sligo Rovers to the RSC next Friday night.