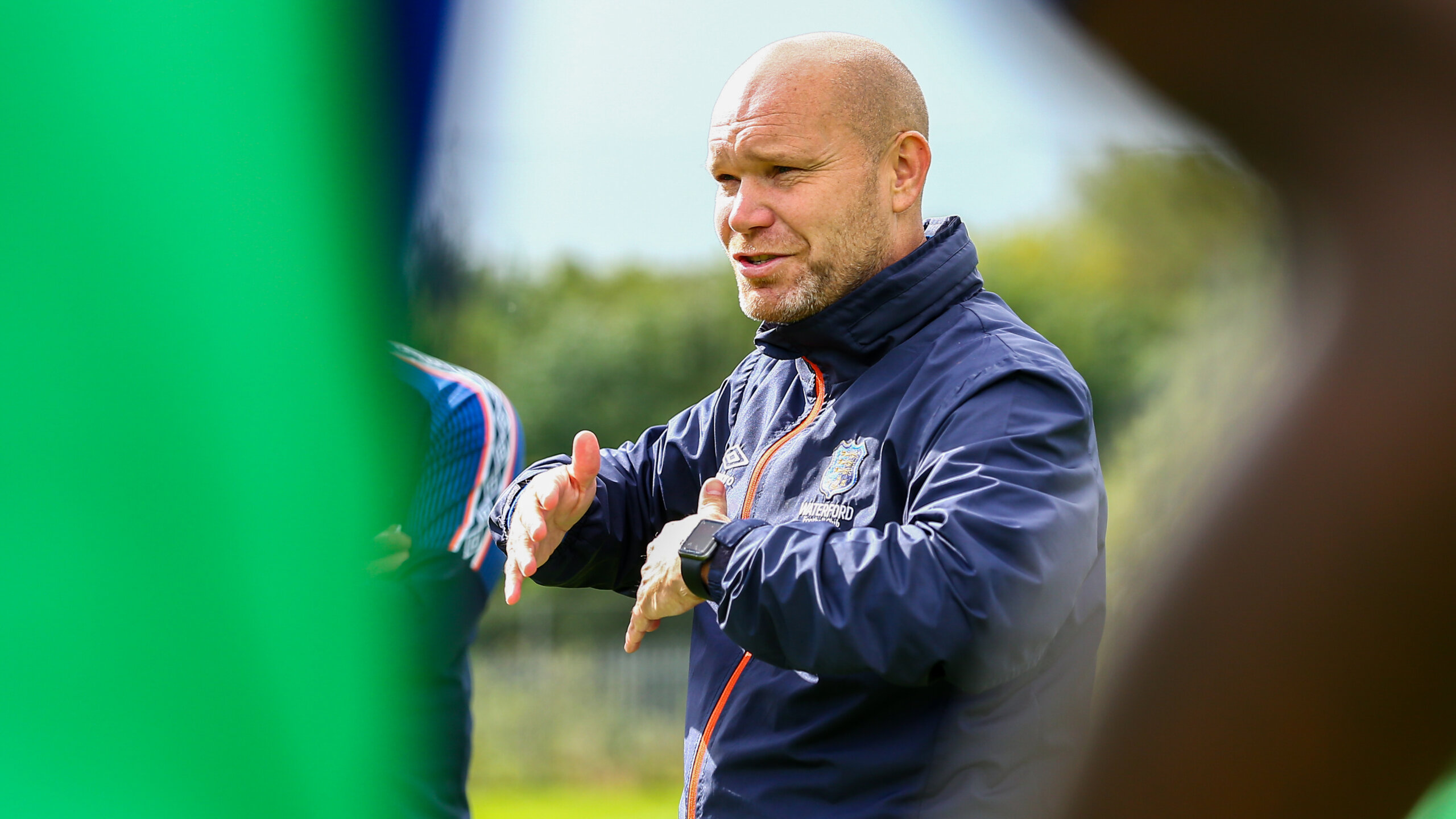 The Blues come up against the League of Ireland Premier Division side after beating Malahide United 6-0 on the Saturday 27 August.

Tickets for the match are available ONLINE, and also available on the evening at the main gates.

Here’s what the gaffer had to say prior to the highly-anticipated cup match:

“It’s a huge opportunity for the players to show what they’re about and from a fan’s perspective, what an occasion! We are in the quarter-finals, we are three matches away from qualifying for Europe. It’s all guns blazing and we are just exciting for the match.”

On the importance of the Blues fans…

“The fans are going to be crucial. The difficult thing last Friday was the result, but hopefully those fans who came out in their numbers saw a team played together, showed a level of performance against the league leaders probably Champions of this league.

“We played the match with ten men and still dominated the game and the ball and for us, it’s a massive positive and hopefully with the supporters backing, we can get a result tomorrow as the fans were outstanding against Cork, and have been for the whole time I have been here!”

“Dundalk are third in the Premier Division. They’re a very good side and I know some of their players very well. We would be silly not to have a real good look at them and look at their strengths as well as their weaknesses but again we need to also focus on ourselves and what we are capable of bringing to the table and this football match.

“We need to implement what we are good at and for me, I back our players and I am confident if we get to our best, we can go and win the game.”

On the Waterford players…

“The players are excited for this game and the rest of the season and there are not many teams in Ireland that are capable of winning on two fronts, that being the promotion via the play-offs and the FAI Cup. I think the players need to take massive credit for being in this position, but also to be excited to go and win tonight and to also go and win both.

“It’s a sign of how far we’ve come in such a short space of time.”