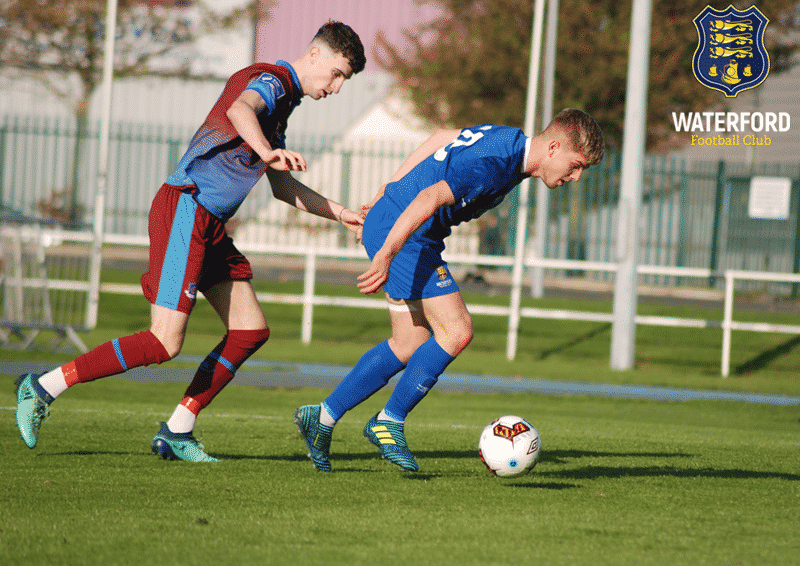 Bank holiday Monday will see the final of the SSE Airtricity Under 19 League take place in Galway United’s home pitch Eamon Deacy Park. Following our entertaining quarter-final & semi-final results, we will face off versus Galway United in the final game of the 2019 season. 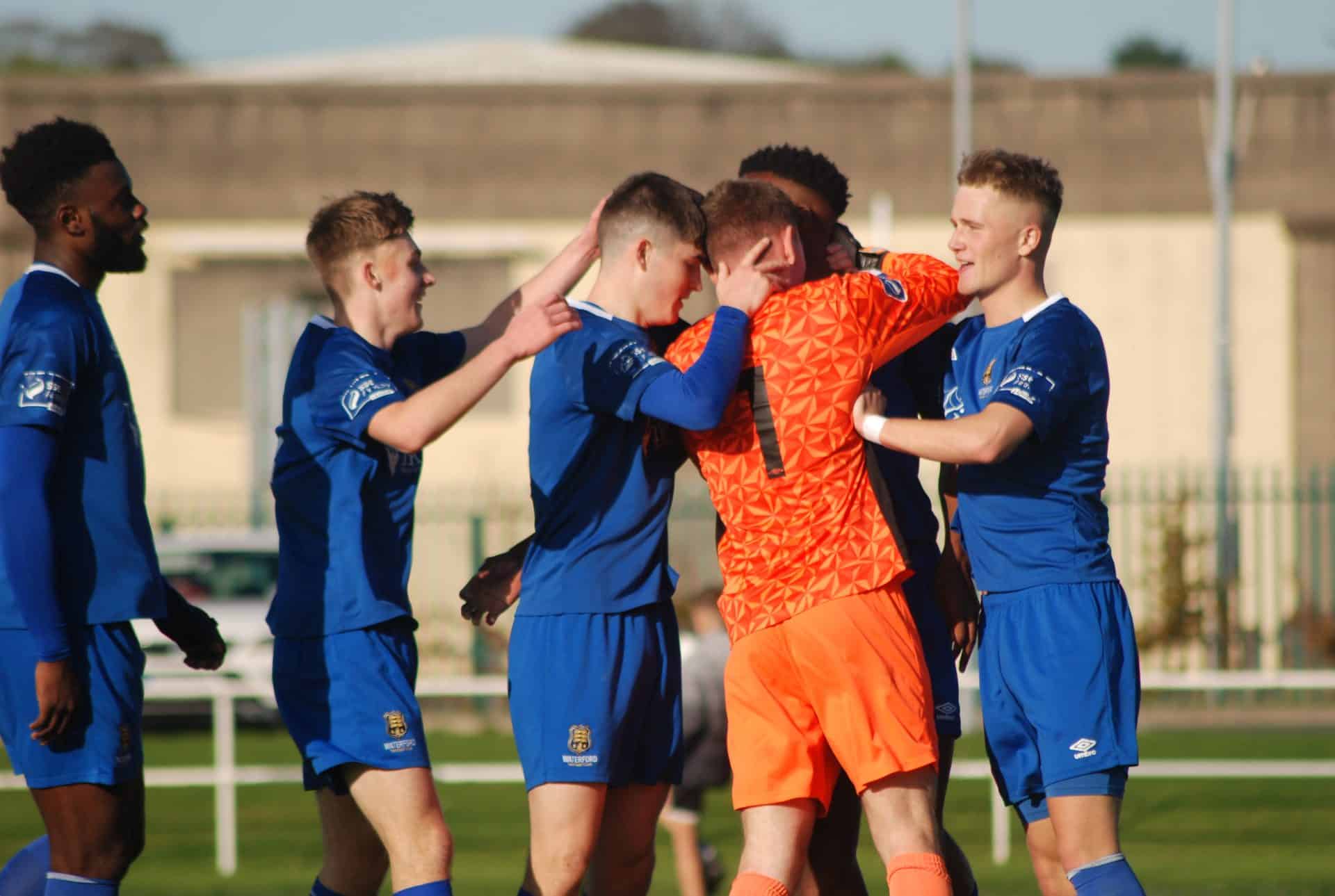 Galway progressed to the final following impressive away victories over Bohemians and Shamrock Rovers and will now enjoy home comforts this coming Monday. An excellent injury time comeback against Dundalk set us up for last weekend’s home semi final against Drogheda United; anyone who attended will have got value for money as we ran out 5-4 winners following 90+ minutes of entertaining football.

An impressive all-round season has seen the Blues impress both home and away and even though those recent games have provided excitement at both ends, the lads have been clinical in many of their games so far this season; scoring goals and kept them out.

Manager Gary Hunt believes that this final appearance is the players’ just rewards for the commitment they have given since December of last year.

“It’s been a long season but from the outset we decided to take it one game at a time and this has served us well in the sense that even if that game did not go to plan, the lads always bounced back with a fantastic response. We now know this is the final game and we will put every ounce of energy (both from the players & staff) into this final push.” 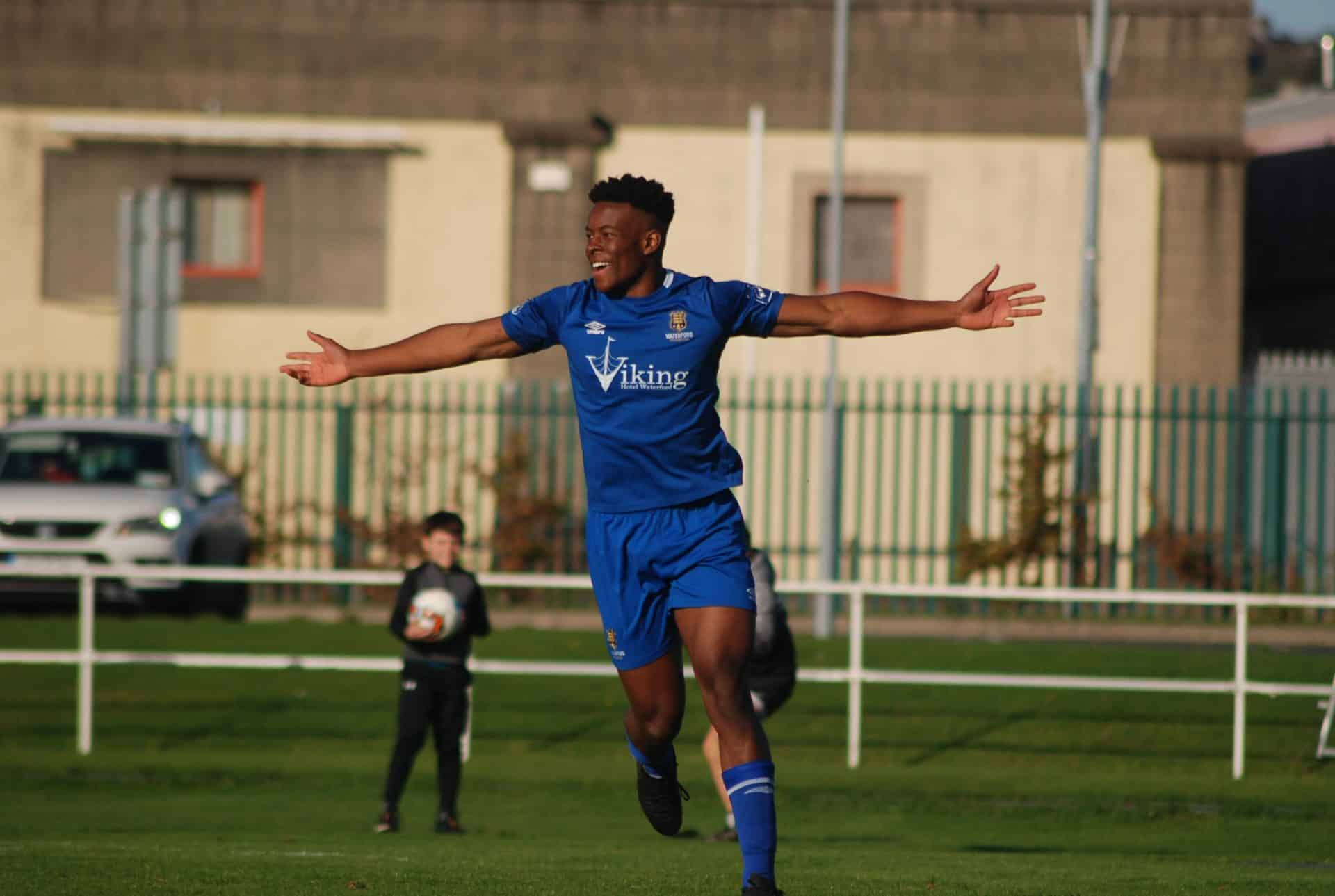 Both sides have met twice already this season and we have to go back to the very first game of the season on St Patrick’s Day when Graun Park in Tramore hosted this fixture. The visitors took a first half lead but a Colm Whelan free kick ensured both sides left the seaside town with a point each.

East United then hosted the second fixture where the Blues impressed and came away with a 3-0 victory. Goals on the day came from Colm Whelan (x2) and Alex Phelan. The lads know, however, that previous results or form will not get them over the line, and it will be important that they continue to put in the same effort and intensity as always.

Manager Hunt says that this effort and intensity will be key to having a chance come Monday evening.

“The impressive thing for me this season is that I have been able to stand back and watch these young men find solutions to problems both on the training pitch and on matchday. When it’s needed, we as coaches step in and help too but these guys keep showing that they are fully focused on completing each task in hand.”

With the final being away from home, Hunt insists support for his players is vital on the day and encourages anyone who can make it to Galway on Monday to get there and cheer on the boys in Blue.

“Galway will have a fantastic vocal crowd behind them on Monday and it is important that we get behind the lads too. They feed off this energy and I know they really appreciate it also.”

Team News: On the injury front, the Blues will be without long term injured pairing of Jack Larkin & Darryl Walsh while Sam Dwyer and Jack O’Donnell will also miss also out after recent injuries.