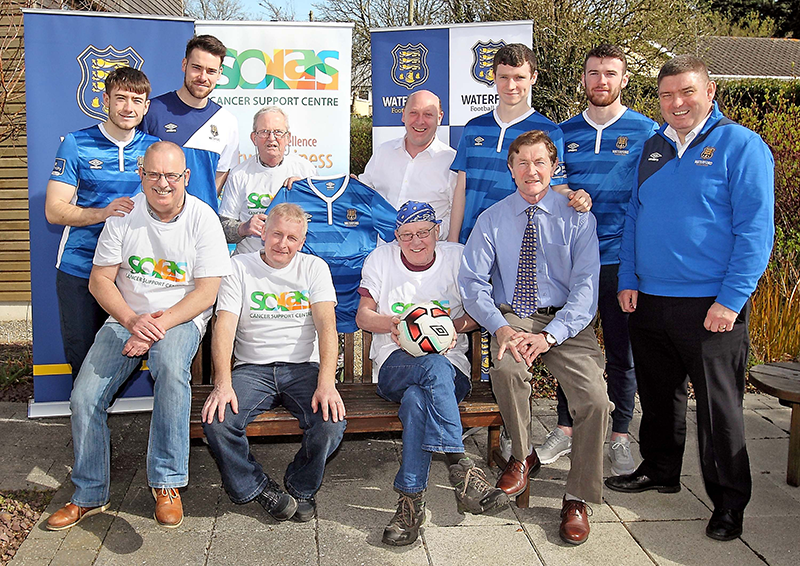 Waterford FC is delighted to announce The Solas Centre as its official charity partner for the 2017 season. The Blues have teamed up with the charity which provides cancer support services across the South East region.

“We are delighted that the Solas Cancer Support Centre has agreed to come on board as our official charity partner. This is an important venture for the club. Not only do we wish to be successful on the pitch, we are committed to building the reputation of the club off the pitch. We want to get involved in the local community and in some way give back to the people of the region. We want to build a club that the whole region can be proud off.

Developing a charity partner was always a priority for the club. When we looked at the various options available to us, all very worthy causes, we felt that the Solas Centre would be a perfect match. When we met with Tracy and Ann Marie from the centre and saw their enthusiasm for the project we knew that it was the ideal choice for us.”

The Solas Centre serves the greater South East region; offering a safe place; a place to talk things over; a place to relax and express emotions. Since opening its doors six years ago more than 2,500 clients have used its services. It has also recently expanded with a new outreach centre in the West of the county in Dungarvan.

“We were really excited when Waterford FC first approached us about being its official charity partner and we are delighted to be associated with the Club. Client services demand increased by 10% in 2016 but we still need to reach out to males in the community. Only 25% of our clients are male and 75% are female which reflects the disproportionate balance between men and women availing of our services. Our partnership with Waterford FC will provide us with a wonderful opportunity to promote our services and support provision for men in 2017.”