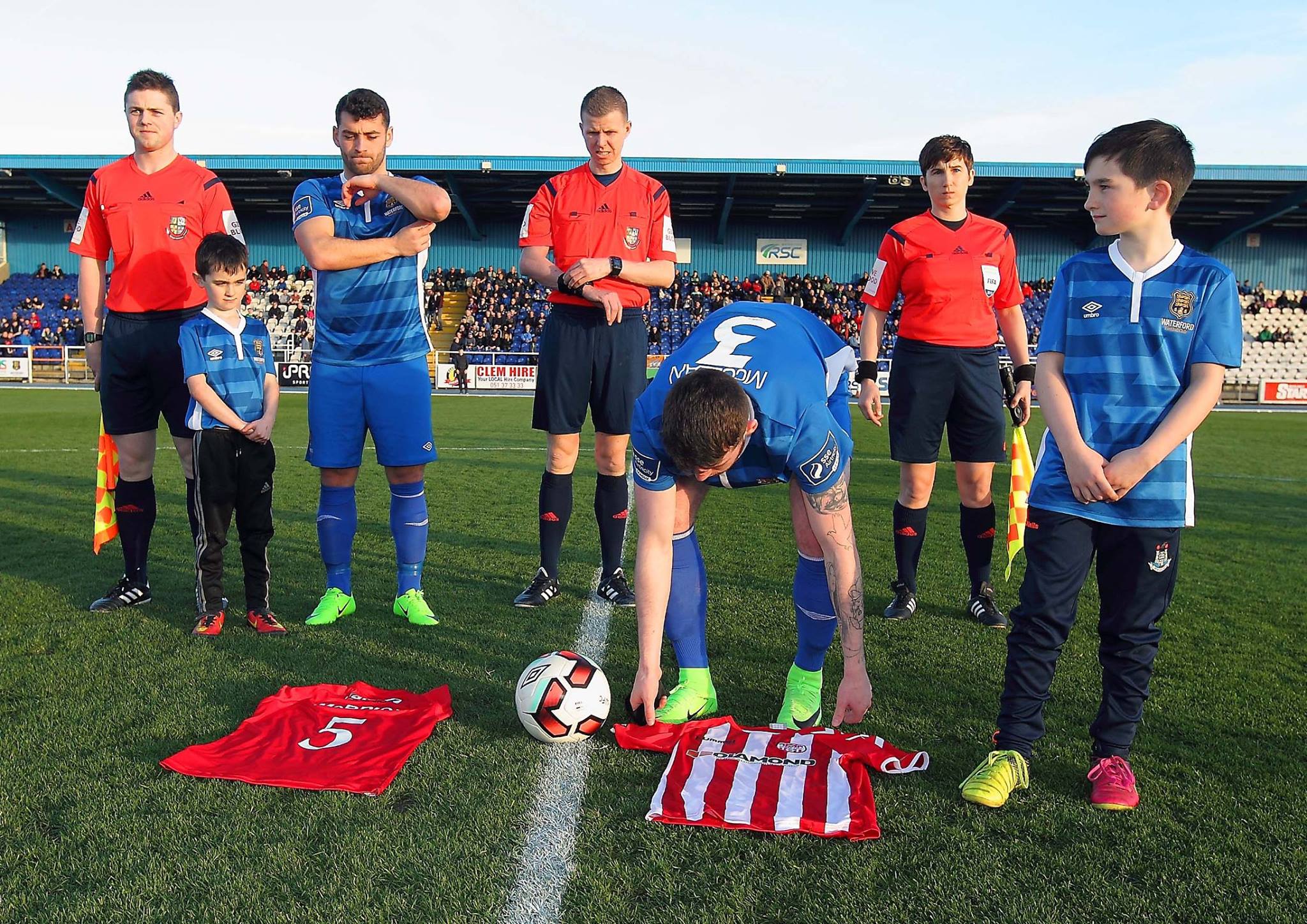 Waterford FC would like to thank all those that helped organising our special tribute to Derry City captain Ryan McBride at Saturday’s game against Wexford FC.

The club would like to put on record our thanks to Hugh Curran of Derry City FC for arranging the two jerseys worn by David McDaid and Patrick McClean. We also thank Noel Browne photographer for his work on the special picture and Liam McLoughlin for his part in our Book of Condolence.

To our fans for their fantastic observing of the minute’s silence and for their part in the minute’s applause at five minutes. The club are grateful to David McDaid, Patrick McClean, James McClean and Pat Fenlon as well as players, officials and management of both teams for their support and co-operation. Thanks also to match officials Alan Carey, Michelle O’Neill, Phillip Harrison and Sean Grant for their help and understanding. Finally, thanks to our own media team for their hard work in ensuring Saturday’s tribute.

To the McBride and Derry City Football Club, Waterford FC offers our deepest and sincerest sympathies. May Ryan rest in peace.